Sydney FC have maintained their unbeaten start to the Hyundai A-League season after an entertaining Sydney Derby ended 0-0 in front of 40,143 fans tonight.

Sydney FC have maintained their unbeaten start to the Hyundai A-League season after an entertaining Sydney Derby ended 0-0 in front of 40,143 fans tonight.

The Sky Blues created an array of chances in the first half and came close to breaking the deadlock on several occasions against a dogged Western Sydney defence.

As the match wore on and the humid conditions took their toll, the Wanderers created a few chances of their own but were unable to breach the goal of an inspired Danny Vukovic.

The hosts’ defensive partnership of Alex Wilkinson and Aaron Calver, who made his season debut, displayed both chemistry and cohesion as the visitors struggled to breakthrough.

Graham Arnold’s men are now five points clear at the top of the league table and high in confidence ahead of next Friday’s clash against Adelaide United at Allianz Stadium. 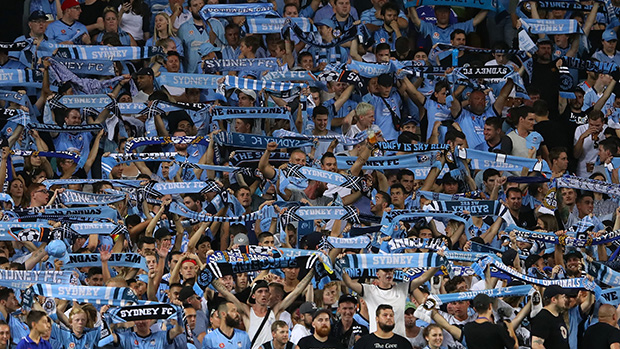 Graham Arnold: “It was a good derby.  I think there was a lot of passion, fight and the two teams played well. The Wanderers made it hard for us at times.

“Our defence was excellent tonight and I thought Aaron Calver was fantastic. Everyone raises their game now against Sydney FC, but again, we’re only 60 or 70 percent of where we’ll end up.

14’ DIMITRIJEVIC CHANCE – After play breaks down from the corner, Dimitrijevic takes control and unleashes a curling effort that falls into the hands of Janjetovic.

14’ BOBÔ CHANCE – Holosko hits a teasing ball across the box, however Bobô’s tap-in is saved yet again by a desperate Janjetovic.

15’ WILKINSON CHANCE – O’Neill’s free kick is headed towards goal by Wilkinson, but a fingertip save from Janjetovic denies Sydney once more.

20’ BOBÔ CHANCE – Brosque breaks away into enemy territory and finds Bobô out wide, but the Brazilian’s cross sails high and away.

22’ WANDERERS PENALTY SHOUT – A Martinez shot from the preceding Western Sydney free kick appears to strike the arm of Zullo inside the box but the referee waves play on.

33’ BOBÔ CHANCE – Brosque pounces upon Aspropotamitis’ heavy touch and feeds Bobô inside the box, but the Brazilian struggles to control the ball and is forced to withhold his shot and maintain possession.

50’ VUKOVIC SAVE – Vukovic is called into meaningful action for the first time as Scott heads a dangerous Nichols cross towards goal.

61’ BOBÔ CHANCE – Bobô tries the spectacular but fails to make proper contact with the ball after Grant did well to find him with the cross.

65’ BOBÔ CHANCE – Bobô’s shot under pressure lacks power and is saved by Janjetovic.

68’ VUKOVIC SAVE – Vukovic denies Neville’s long-range effort with a strong palm that forces the ball over the bar.

80’ VUKOVIC SAVE – With two saves in a matter of seconds, Vukovic denies Sotirio’s shot before blocking the follow-up from Martinez. 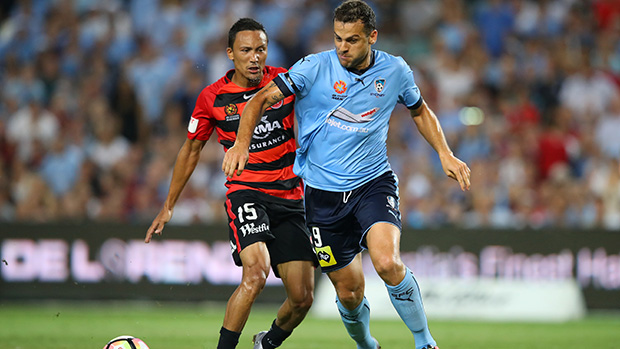 Head Coach Graham Arnold made two changes to the side that defeated the Central Coast Mariners last weekend. Club captain Alex Brosque returned to the starting line-up after serving his one match suspension, while Aaron Calver made his season debut in place of the injured Sebastian Ryall. 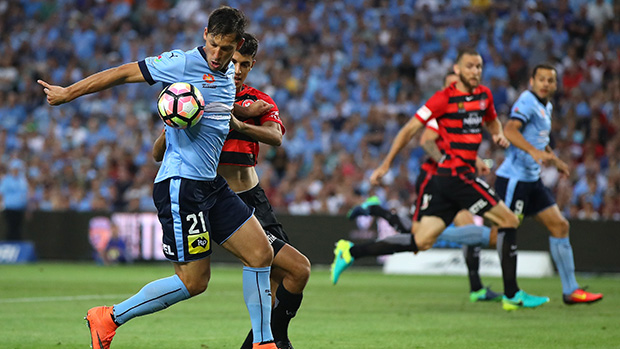