Sydney FC continued their pre-season preparations with a comfortable 4-0 victory over the Macarthur Rams at Campbelltown Stadium on Tuesday night to lift the inaugural ACBC (Australian Careers Business College) Cup.

The Sky Blues braved both the chilly conditions and their opponents in what was a fairly one-sided affair.

Graham Arnold’s men came to close to breaking the deadlock inside the opening 10 minutes after Matt Simon’s header was cleared off the line by a desperate Craig Cooley.

But while the Rams struggled to create chances of their own, the defending Hyundai A-League champions pressed on with a flurry of opportunities either side of the half-time whistle.

The breakthrough came just past the hour mark, after Milos Ninkovic volleyed the ball home from close range following some well-worked play between Simon and club captain, Alex Brosque.

Samuel McIllhatton, Matt Simon and John Iredale all scored in the game’s closing stages, as Sydney held firm for the impressive victory.

Matt Simon: “It was a good work out but a comfortable win for us.  MacArthur were well organised and gave us a good run.

“It was nice to get on the scoresheet but the most important thing was the performance and I think the boys were very professional again.

“It’s another step in the right direction for us.  It was also good for the young boys to come on with plenty in reserve and carry on the professional performance.”

80’ SIMON GOAL – Simon heads a Brandon O’Neill cross past Matic and into the back of the net.

85’ IREDALE GOAL – Iredale collects the through ball and beats the last defender before firing a driven effort past a hapless Matic. 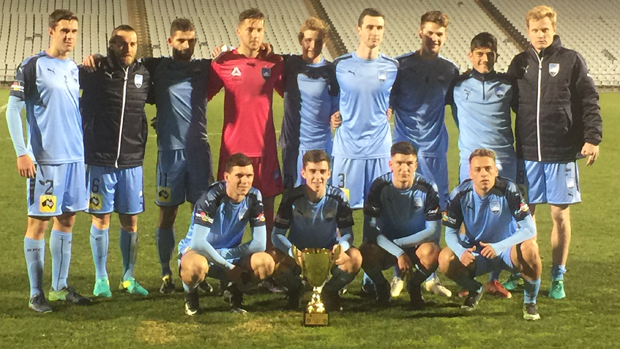 8’ SIMON CHANCE – Simon meets the Sydney corner but his header is cleared off the line.

9’ RETRE CHANCE – Following the corner, Retre receives the ball on the edge of the box and tries a shot that curls just wide of the post.

14’ SIMON CHANCE – Simon makes with contact with the ball from the corner but his header is easily dealt with by Matic.

30’ SIMON CHANCE – Simon forces a save from Matic at his near post, but Bobô’s follow-up effort is tipped away for a corner.

32’ NINKOVIC CHANCE – Ninkovic has a shot from inside the box but a series of ricochets sends the ball just past the post.

36’ BROSQUE CHANCE – Brosque fires a shot towards goal but the defender manages to make a block at the crucial moment.

43’ CARNEY CHANCE – Carney volleys the ball towards goal following the corner but it lacks power and falls harmlessly into the hands of Matic.

50’ RETRE CHANCE – Retre latches onto the through ball, but his cutback across the goal is cleared before Simon can make contact at the back post.

51’ SIMON CHANCE – Brosque releases Simon inside the box but he is unable to squeeze the ball past an onrushing Matic.

57’ BROSQUE CHANCE – Simon lays the ball off to Brosque but his shot is cleared off the line once again by the defender.

77’ SIMON CHANCE – Simon beats Matic at the near post, but he is unable to head the ball in from the corner.

86’ O’NEILL CHANCE – O’Neill’s free-kick curls beyond the wall and out for a goal kick. 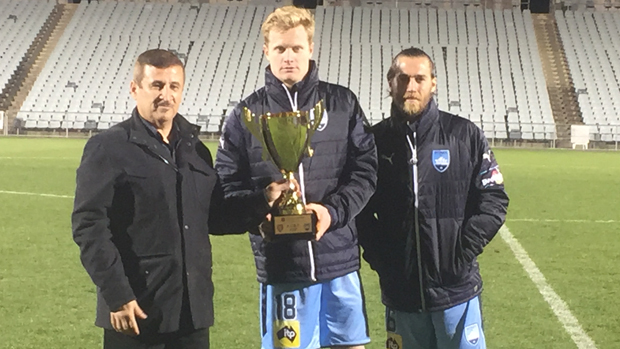 Head Coach Graham Arnold made just one change to the side that defeated the Earlwood Wanderers 9-0 last week, naming Christopher Zuvela in the starting line-up in place of Jacob Esposito.