Sydney FC’s Foundation has launched the first Community Powerchair Football Program of its kind, providing two days of fun and entertainment to nine young children and adults with disabilities.

Youngsters were given the opportunity to experience the world of Powerchair Football for the very first time and were joined by Sydney FC A-Leagues stars Rhyan Grant, Elvis Kamsoba and Charlotte McLean for the two-day clinic at Valentine Sports Park, with Sydney FC’s Powerchair team attending on Day 2.

The Program has been funded by the generosity of the donors and sponsors of The Sydney FC Foundation Dinner and is expected to be carried forward each year.

Haley and Mitch McLean’s daughter, Ruby, took part in their first Powerchair clinic and were thrilled by the experience.

“I’ve got so many thoughts and emotions that are impossible to articulate adequately, she had an absolute ball.

“The whole thing was so well done from the location, the staff, the team, the session, and equipment but most importantly the people.”

Mitch added: “To watch Ruby play and interact with others and not be seen as her disability but instead as the ray of sunshine she is, is just beyond words.

“It’s all any parent wants to see.”

After just two days playing powerchair football, Ruby was quick to tell everyone in attendance she has “found her team” in Sydney FC and that she has also “found her friends” thanks to the sport.

Sydney FC Powerchair Head Coach Jason Ryan conducted the sessions which consisted of shooting, dribbling and game-play and was impressed with the players and the initiative.

“I had such a great time delivering this development program,” he said.

“The excitement that the young people brought to the court was infectious and stayed with us until the very end.

“Watching everyone engage with the football and each other was so rewarding.

“I look forward to more clinics and the opportunity to introduce more people to the sport.”

The Sydney FC Foundation are organising multiple Powerchair Football holiday clinics across 2022 and 2023.

They will be hosted in central and regional locations ahead of next year’s Powerchair World Cup in Sydney.

It will provide the necessary equipment and care assistance for participants to play the sport for the first time, with funding raised by the Foundation removing costly barriers to participation.

“Congratulations to our marvellous boys and girls who participated in our inaugural Powerchair Clinic.

“It was wonderful to see the kids in a safe environment where they could display their athletic ability and have fun.

“Thank you to the coaches, parents and carers for their support and encouragement, and to our generous donors from The Sydney FC Foundation Dinner for making this and future clinics possible.

“We look forward to changing lives, with you, one pass at a time.”

“We were blown away by the generosity of our donors and sponsors at the Foundation Dinner earlier this year and cannot wait to share further updates on what their support will allow us to achieve going forward,” he said.

“It was incredible to see the Program come to life in this first iteration, and I am excited for what is to come, and the impact we can have on future participants and their families through the power of Powerchair Football.”

Powerchair Football is one of the fastest growing adaptive sports in the world and has been played in Australia for over 12 years.

It provides an opportunity for people with a disability to play a sport they love.

Powerchair Football is a modified version of football (soccer) for wheelchair and powerchair users.

The sport is played on a basketball court between two teams of 4, including the goalkeeper.

Athletes use specially designed sports powerchairs fitted with metal footguards (the athletes’ boots, so to speak) which are used to ‘kick’ an oversized football.

Athletes pass, dribble, spin and strike the ball as they attempt to score more goals than their opponents.

More information can be found at the Australian Powerchair Football Association – https://www.apfa.org.au/ 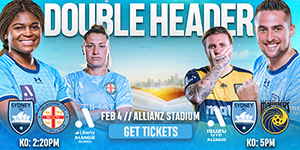 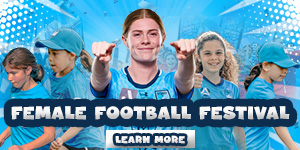