Sydney FC’s Community Department recently played host to 17 players from Saitama City, Japan while they were on a six day Football tour in July.

The Sky Blues Community Football Manager Paul Reid took the players on a tour of Allianz Stadium including the dressing rooms, tunnel as well as being able to walk onto the pitch.

The enthusiastic and very respectful players then visited the Sydney FC office and took some photos with the Champions trophy and Premiers plate. The players could not believe that they were able to walk onto the pitch as well as touch the trophy and plate as this is something that is not done in Japan.

While in Sydney, the group of Japanese players were treated to three sessions from the Sydney FC Community Team, Paul Reid and Howard Fondyke, with the assistance of experienced Japanese speaking coach Takuya Murayama who is an integral member of Sydney FC’s clinic coaching team. 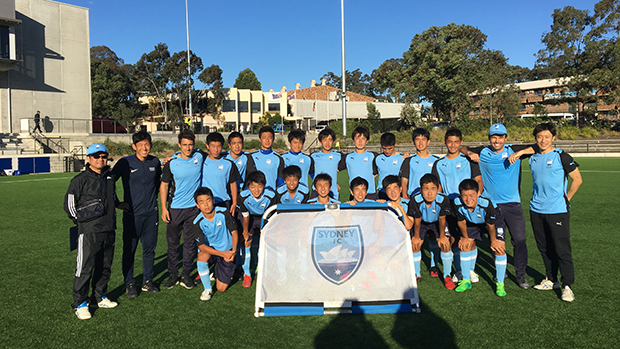 Sydney FC Community Football Manager Paul Reid praised the players for their application and said their tour was a great success.

“This is the second year that Sydney FC have hosted a group of Japanese players from Saitama City,” he said.

“It is always very pleasing to see how enthusiastic they are to learn and Howard and I were extremely impressed with the standard of their footballing ability.

“We concentrated on improving their decision making and technical ability in game related situations and the coaching staff emphasised to us on the first day to work on their defensive structure during one of the sessions.

“The players were already good footballers but it was great to see the improvement over the course of the three days and that they were already putting into practice what we had taught them.

“One of the many highlights for me was having a pre-match meal with the Saitama City players, coaching and support staff before they played against the Sydney FC Academy team,” he continued.

“They all had a good laugh when watching Howard and I use chopsticks and the desire for us to continue persisting with using them until there was no food leftover afterwards.” 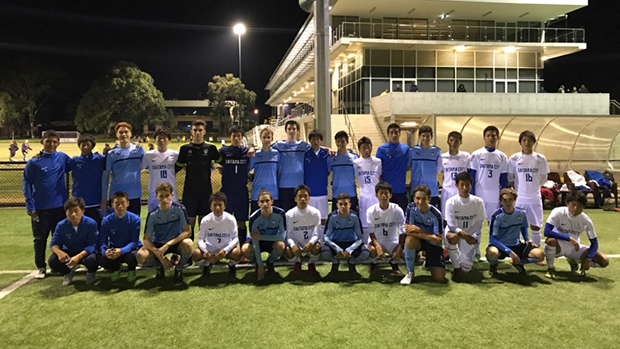 The Saitama City squad also managed to fit in five games during their time in Sydney, playing against Westfield Sports HS, Blacktown City FC U16 team, the NSW All Schools A and B teams as well as an exciting game against a mixture of the U16 and U18 Sydney FC Academy teams which was a definite highlight for the players.