For the tenth year running, Football United once again proved the uniting spirit and capabilities of our game of Football as they celebrated harmony, diversity and female football week with Sydney FC at Round 23.

The club’s partnership with Football United began in 2008, for the purpose of celebrating diversity and the achievements of the Football United programs in bringing together youth and providing education in life skills, leadership and acceptance using the magic of Football.

Over the past couple of years due to the continued success of Football United programs, they have been able to expand their goals and objectives, launching a new educational program called Creating Chances.

Creating changes aims to inspire, develop and empower youth to believe in themselves so that they contribute positively to society. The program is the first social enterprise in Australia that engages young people through their common passion of sport and makes social impacts in the areas of social inclusion, education, employment and health.

“The partnership with Sydney FC illustrates the epitome of a partnership, in my mind,” said Dr. Anne W. Bunde-Birouste, Founder and CEO, Football United.

“It’s not just symbolic- its actually very active engagement. From the players, to the staff across the club, people are sincerely  and actively working with us  to help foster positive change through our programs.

“I consider that Sydney FC ranks among world leaders in supporting football for social change, and we are honoured to have the club with us.”

Throughout the week Sydney FC joined Football United and Creating Chances at two “Strong Women, Strong World” events that culminated in the Sky Blues Round 23 clash. 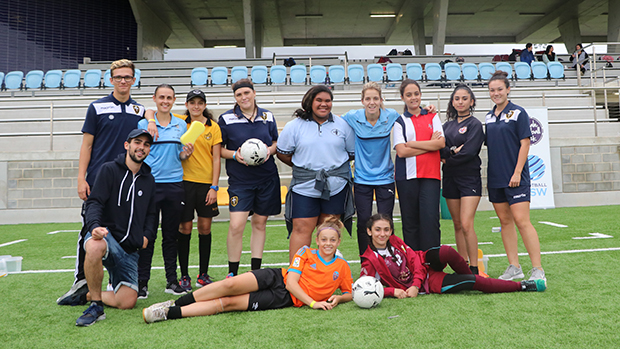 On Tuesday 7 March, Sydney FC joined Football United and other female business leaders for a youth forum to hear proposals for social change and provide feedback on how these can be implemented in their schools and local community groups.

On Thursday 9 March, in combination with Football NSW, Football United and Creating Chances brought together young females to take part in a day of fun team building and football activities. The purpose of the day was to connect with girls from different school and communities, play teambuilding games and football games, and be inspired by role models from Football United, Creating Chances, Football NSW and Sydney FC.

At Friday Night’s match, over 300 Football United and Creating Chances participants joined Sydney FC to take part in a pre-match tribute to Football United via a lap of honour, form a special Female Guard of Honour for the A-League team on walk out, and participate in a club first all-female Small Sided game exhibition at half time. 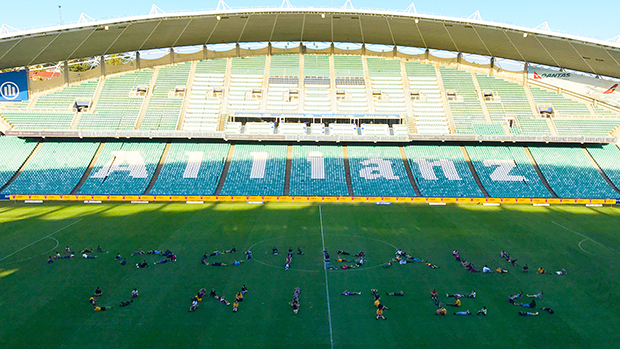 Sydney FC was also delighted to host a group of 100 students who entered the hallowed turf of Allianz Stadium prior to the match to send a message about Football United’s achievements, put simply we agree that “Football Unites!”