Sydney FC will contest their oldest annual pre-season clash when they take on the Macarthur Rams at Campbelltown Stadium on Tuesday 26 July (kick off 7:30pm).

The Sky Blues and the Rams have met each pre-season since 2009, with Sydney FC taking out the last two years 5-1 under Head Coach Graham Arnold.

It will be the second pre-season clash for the Sky Blues following their encounter against Earlwood Wanderers six days earlier, with a Westfield FFA Cup Round of 32 encounter against Wollongong Wolves looming on the horizon.

“Sydney FC has a large number of Members and fans who come from western Sydney and it’s fantastic to be able to go there each pre-season and take the team to them,” he said.

“The Rams will put out a good opposition against us and they will want to match themselves against a Hyundai A-League club,” he continued.

“My first game in charge of a Sydney FC team was against the Rams two years ago, and we have always received a fantastic welcome out there.  It’s a clash I relish.” 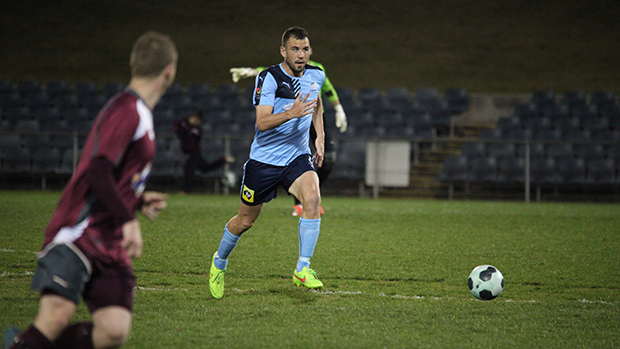 “I was here for the first match between the two clubs on 13/5/2009 held at Lynwood Park and it has been a great focal point of our football calendar ever since,” he said.

“We always enjoy hosting Sydney FC and we are very proud that we have this historical match between us and we look forward to many more to come.”

“These games are really important for the football community and kids of Macarthur,” he said.

“It’s great to host Sydney FC and I welcome Graham Arnold and the players to our area.

“We will give as many young players an opportunity as possible.”

Tickets are priced at $12 for adults, $5 for children and concessions and $25 for a family.