The deal will see Workplace Law enter their second year with the Sky Blues’ Westfield W-League squad, after they expanded on their Hyundai A-League backing last season with a venture into women’s football.

A specialist law firm providing employers (including sporting organisations) with legal advice, representation and workplace training in all workplace matters, Workplace Law will receive a range of benefits from their one-year partnership, with their logo to feature prominently on the front of the Sydney FC Westfield W-League home and away playing shorts, and sleeves as well as on coaches’ apparel.

Sydney FC acting CEO Adam Santo welcomed Workplace Law’s extension and said it was pleasing to have such a great corporate backing in the women’s game.

“I’m delighted to have Workplace Law extend their support of our Westfield W-League squad,” he said.

“Sydney FC and Workplace Law have enjoyed a mutually beneficial relationship for a number of seasons now in an ever expanding capacity, and this renewal is a further sign of good faith between both parties.

“I’m looking forward to working with Workplace Law for a further season.” 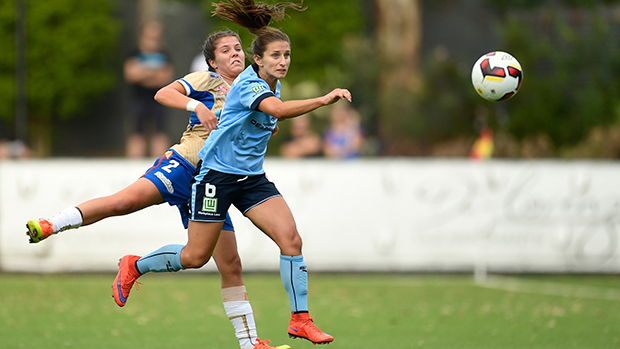 Director of Workplace Law Shane Koelmeyer said he was excited to be renewing with the Sky Blues.

“We thoroughly enjoyed our first season as a Westfield W-League Major Partner and we believe it’s only logical to continue our support of the women’s game,” he said.

“The Sky Blues are one of the most successful clubs in the competition and we are keen to support the club as it continues to build a culture of sustained success.”