In a new venture, the deal will see PlayStation®4 (PS4™) become the naming rights partner for the Sky Blues’ half time small sided games at all home Hyundai A-League matches this season.

As part of the deal, the PS4™ logo will feature on all the small sided games participant’s bibs as well as on the Allianz Stadium big screens while the games are in action.

Further to coming on board as small sided games partner, PS4 will be continue their association with our Foxtel National Youth League squad by retaining the naming rights to the NYL Player of the Year award.

“We’re pleased to continue our alignment with PS4 for the 2016/17 season,” Pignata said.

“The half-time small sided games are one of the most enjoyable aspects of any home match, and it’s great to have PS4 on board to further our Community Department’s work in this area.

“I’m looking forward to the season ahead and am eagerly anticipating who’ll be crowned 2016/17 Foxtel National Youth League Player of the Year.” 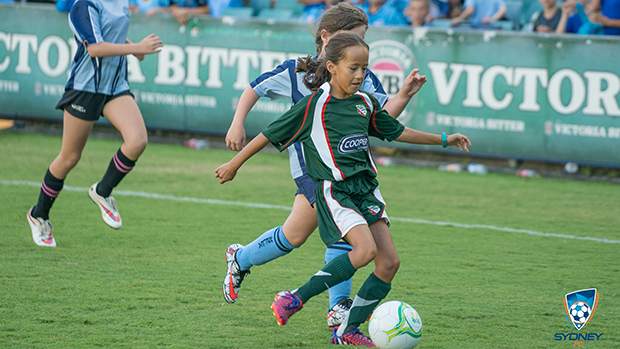 “This is a natural collaboration where both partners continue to push the boundaries of play and strive to entertain both on and off the field.  We are very proud to be on board with Sydney FC for the 2016/17 season,” he said.

“It’ll be great to see the first home game of the season on Saturday 15 October, and we are all looking forward to seeing the kids enjoy their small sided games experience on the Allianz Stadium pitch.

Ephraim concluded, “It’s going to be a great season and we are all looking forward to watching the youth team carry on from their PlayStation 4 NPL success.”

Sydney FC return to Allianz Stadium for the first time in the 2016/17 season on Saturday 15 October, as they face the Central Coast Mariners (kick off 5:35pm). Get your tickets today and arrive early to catch a pre-match screening of Ice Age: Collision Course.