Sitting top of the table after six rounds, undefeated in 10 games in all competitions and breaking club and league records, we asked for the expert’s opinion on the Sky Blues start to the Hyundai A-League 2016/17 season.

Is this the best start you’ve seen a Sydney FC team make?

Steve Corica: Yeah definitely. Six wins a row, we haven’t done that before so it’s definitely the best start to this season. It’s still early but things are coming together really well at the moment and everyone is pleased with how it’s going.

Simon Hill: Yes. I don’t think you can make an argument for any other Sydney FC team – the stats speak for themselves.  Six wins from six in the league, an FFA Cup Final spot – that’s a phenomenal start by anyone’s standards.

Robbie Slater: It’s a record start so it must be. They’re creating history, chasing down their seventh victory in a row, although Brisbane will be their toughest test yet at Suncorp. It’s a very happy group of players and it’s not only that they’ve won six out of six, it’s the way they’ve won. They’ve conceded two goals and scored 17 so they’re been by far the best team in the competition. None of their wins have been flukes, most of them have been very convincing and all the games they’ve won you wouldn’t come off and say ‘they’ve been lucky there’. 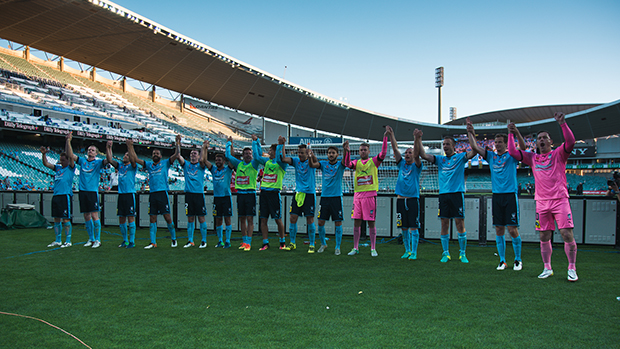 What areas of the field have Sydney FC excelled in?

Steve Corica: I think our pressing from the front has been outstanding and our transition to attack has been the standouts and our improvements from last year.

Simon Hill: Quite a few. Defensively they’ve been superb – Arnie’s acquisitions (Wilkinson, Zullo, Vukovic) have really provided a solid platform, while O’Neill & Brillante have screened brilliantly.  But they defend from the front too.  I also think the combination between Bobô and Holosko could grow into something special, and then of course, there’s the return of Alex Brosque, who Sydney really missed last season.

Robbie Slater: Arnie has been clever, he’s gotten rid of who he wanted to get rid off and on his shopping list he got everyone he wanted. Since Janko left they never replaced a number nine but Bobô is in now and I feel he’s going to get better and better. It’s the spine of the team that he’s strengthened and it’s been a massive success. You go through the spine, Vukovic, Wilkinson has come in and made them so composed, Brillante in the middle and Bobô up front. Ninkovic is outstanding at the moment, the best player in the competition, and having Brosquey back to full fitness is massive. 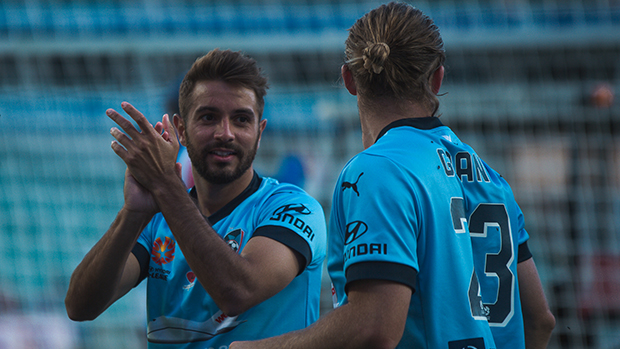 What’s been the difference between this season and last season so far?

Steve Corica: I think we have a very good squad this year. The players that have come in are doing really well, and the ones that we had are coming back from a disappointing season and doing well and everyone is working as a team.

Simon Hill: Easy. Recruitment. Arnie got it wrong last year, but he’s got it spot on this time around.  Bringing in four Australian internationals (Wilkinson, Zullo, Brillante, Ibini) plus Vukovic (who probably should be), along with the signing of Bobô has really strengthened the team.  Proof of which is that Seb Ryall, Milos Dimitrijevic, Matt Simon and David Carney sit on the bench!  Also, the form of Milos Ninkovic, who had a tricky first season – he’s been outstanding. 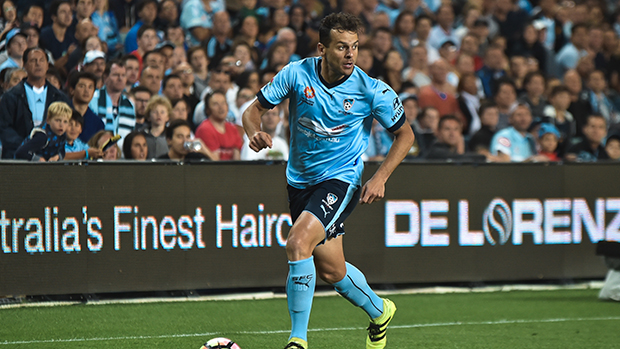 How far can Sydney FC go this season?

Steve Corica: The objective is to win everything. That’s the aim, it’s what we set at the start of the season. There’s three trophies up for grabs and that’s what we’re going for.

Simon Hill: I did actually predict Sydney FC would be champions this year.  It’s early days but I’m happy to stand by that, given how the table looks!  Can they become the first team to win the double in the same season?  We’ll find out on November 30!

Robbie Slater: History will tell you that teams that make this kind of start are there or thereabouts at the end of the season. We know the Champions are crowned after a one off cup final game, the Grand Final, and you can never predict what will happen in that game and Graham Arnold will know that better than most. With the start they’ve made, they’re already six points ahead of their nearest rivals. When you make this kind of start it does make it hard already for teams following you. It’s a very impressive start and they can go all the way.

Andrew Howe:  For Sydney FC to retain its record of all-time best ever start to any season after seven games, the Sky Blues need a win by 2 goals or more in its Round 7 clash against the Brisbane Roar. Back in 2001/02, Perth won its seventh match of the season 2-0, giving the Glory a record +16 goal difference from its seven wins out of seven. 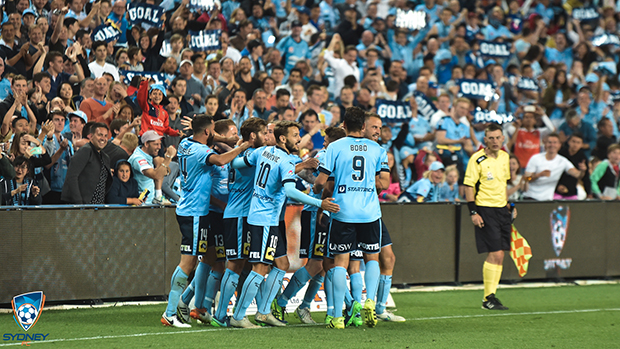