A fantastic second half comeback from Sydney FC has produced an entertaining 2-2 draw against Central Coast Mariners, with the Sky Blues almost snatching a win late on and having two goals disallowed. 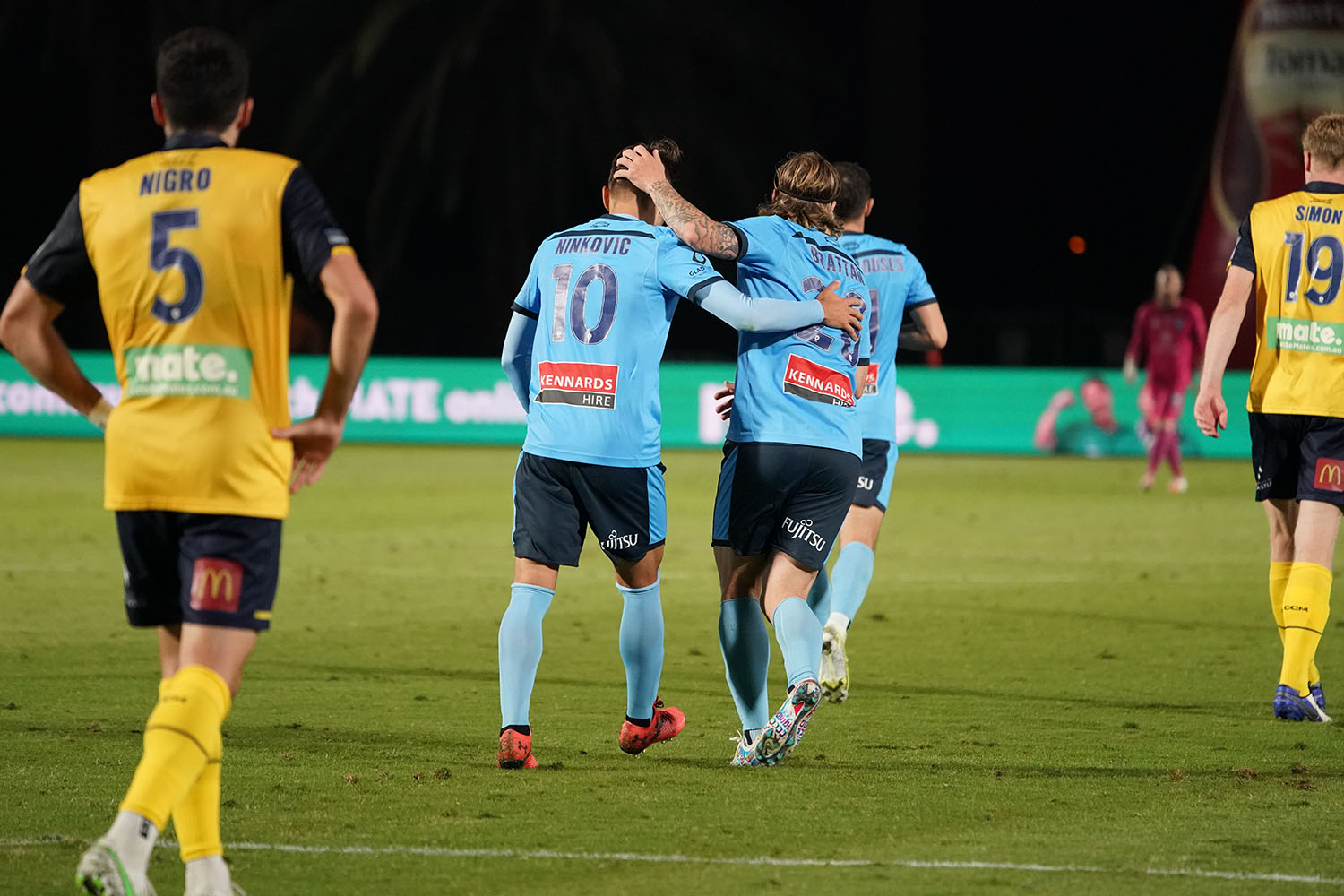 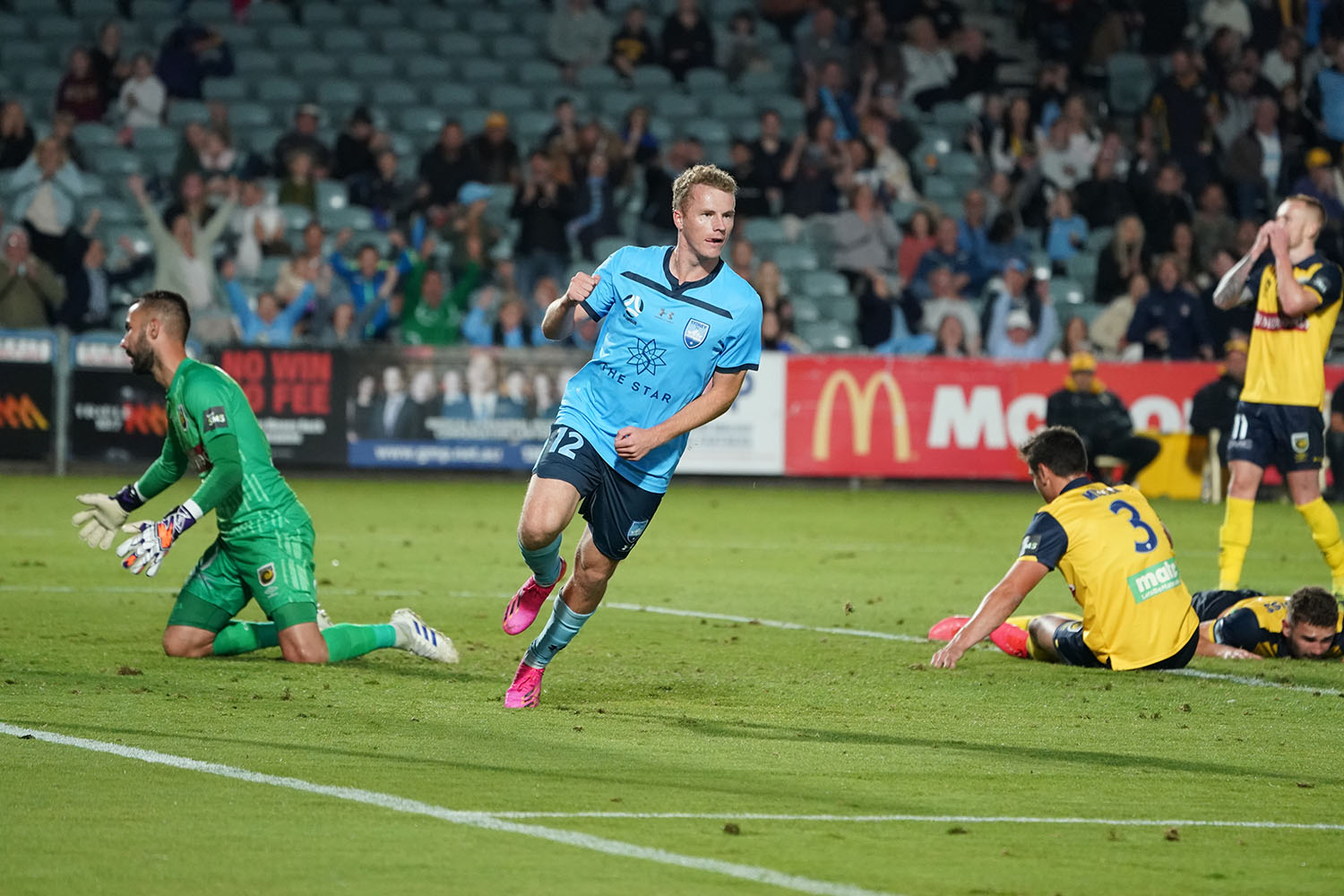 A high intensity start to the match led to a very open match as both sides looked to attack with purpose from the outset. A plucky start from the home side saw them take the lead through Urena who made the most of a quick counter attack.

Sydney FC looked to have got back into the contest around the half hour mark however it was questionably ruled out despite Mariners playing at the ball. Former Sky Blue Simon then took advantage on the counter yet again to make it 2-0.

Serbian playmaker Ninkovic managed to get Steve Corica’s men back into the contest just before half time after an inch perfect pass from Brattan, lobbing the keeper on the volley.

The Sky Blues dominating proceedings in the second half as Central Coast defended deep and attempted to hit on the counter. Another disallowed goal for Bobo via VAR check denied the side a deserved way back into the contest.

Eventually the pressure told late into the stanza as second half substitute Trent Buhagiar got on the scoresheet.  Winning the ball high up the pitch he played in Barbarouses who cut the ball back perfectly for the speedster to smash home from close range.

This was to be the last goal in an enthralling encounter on the coast as both sides had to settle for a point.

A blockbuster week awaits as the Sky Blues meet Melbourne Victory on Tuesday night before a big Sydney Derby clash at Bankwest Stadium. 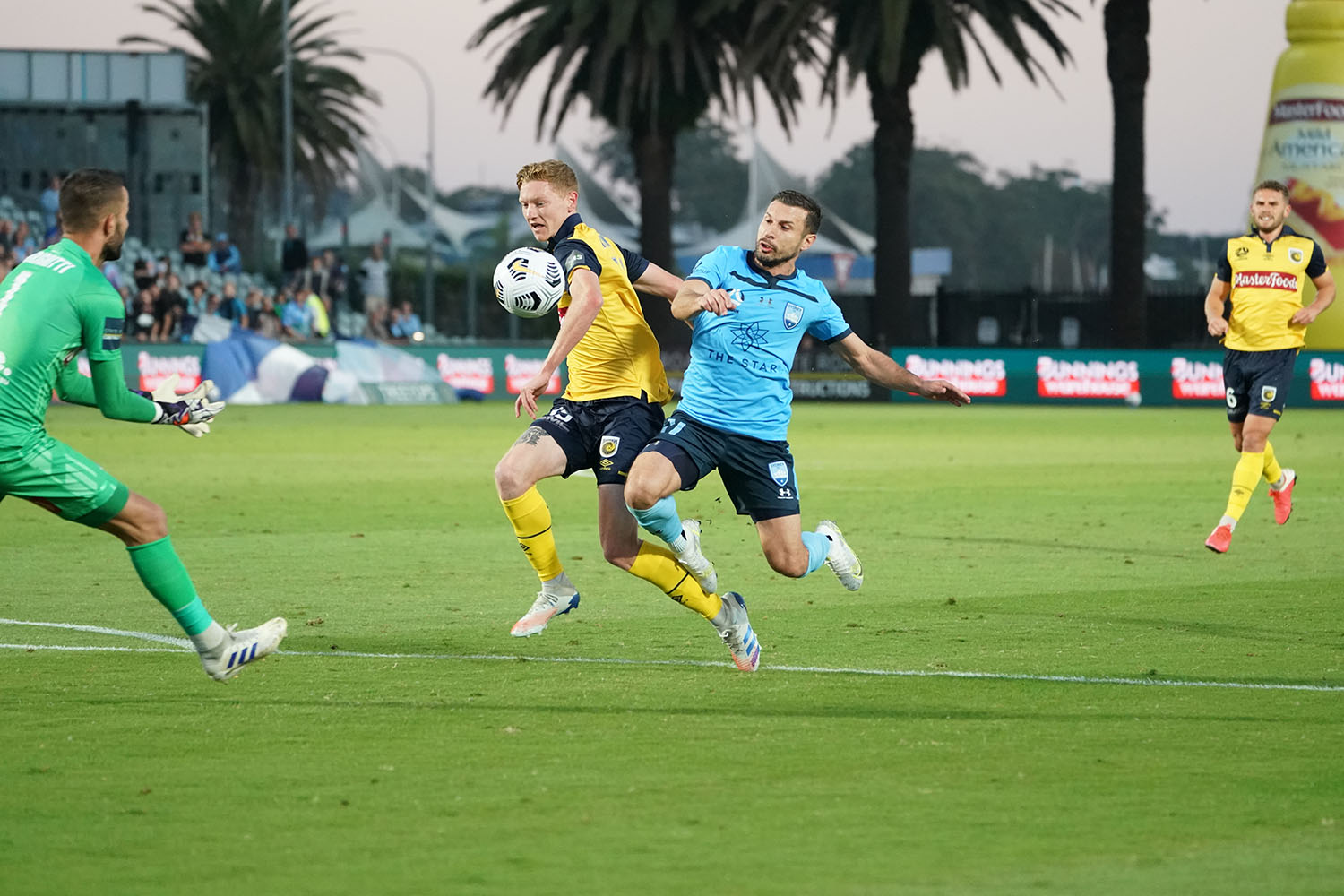 “A very entertaining game, especially first half. Both sides fighting for the result but we should have won tonight.

[On Bobo’s first half disallowed goal] “He’s played at it so it should have been a goal. Everyone saw it.

“We pinned them in their half for long periods of time and tried to hit on the counter. They’re a very good side.” 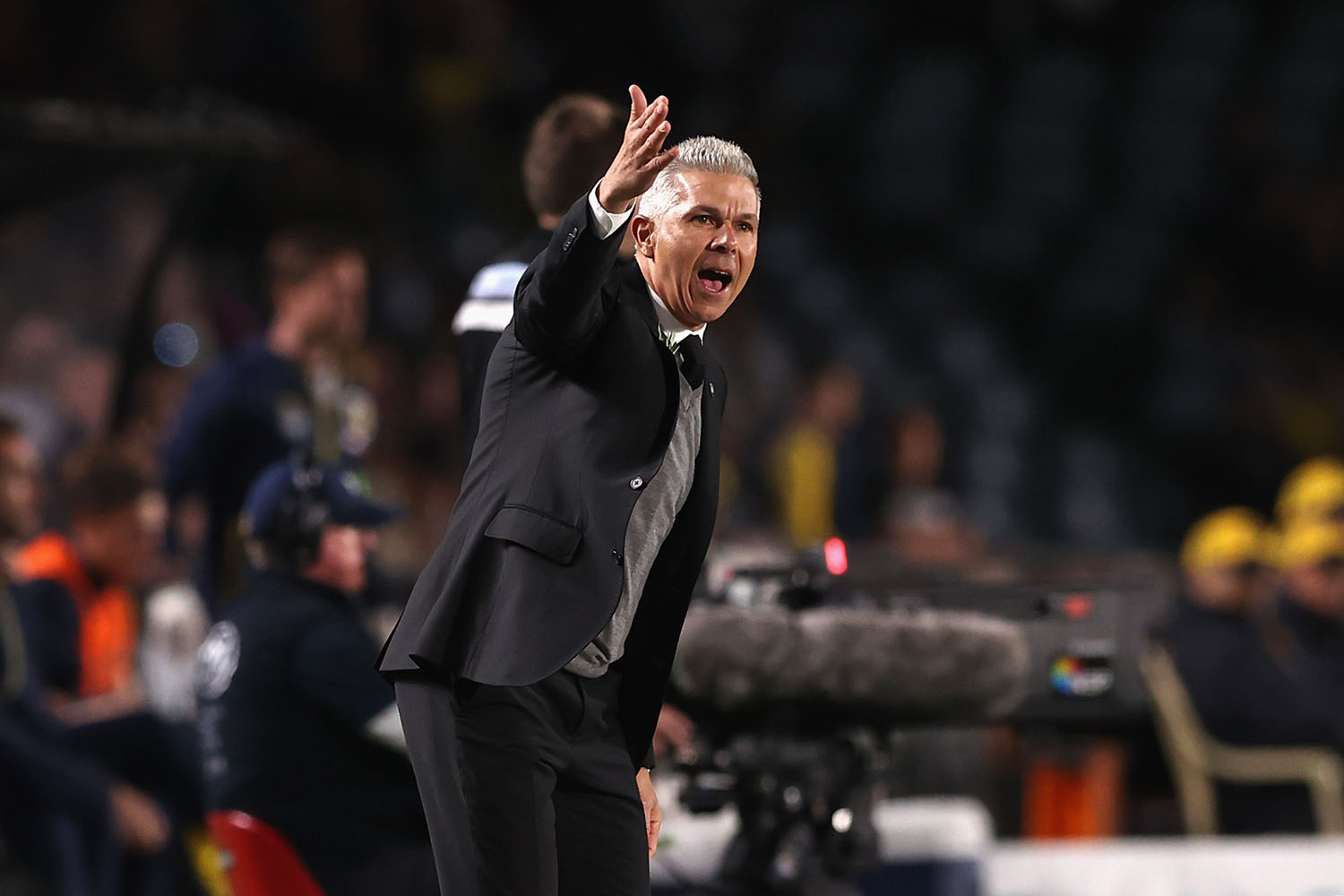