Sydney FC Downed By The Phoenix

Three first half goals inside the opening 40 minutes gave the Phoenix the ascendancy before the Sky Blues came back into the game with a second half Filip Holosko strike.

Four games remain for the Sky Blues who at close of play were still only one point off the Finals spots with an away trip to bottom placed Central Coast Mariners next Saturday. 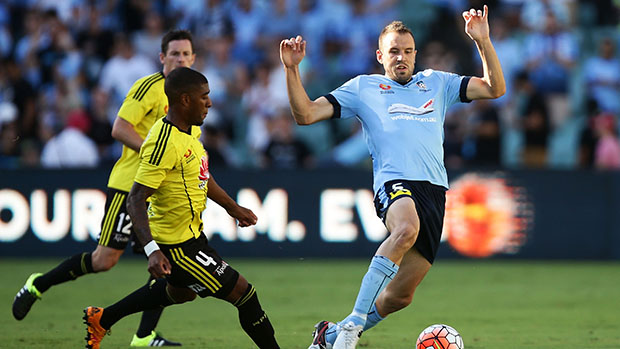 Graham Arnold: “The first 30 minutes was poor and I don’t know where it came from which is the hardest thing and that’s what made it difficult for ourselves. After that I thought we were the better side, we did well second half, but you can’t do that in the A-League. When it’s continually sloppy mistakes and individual errors it makes it tough. We’ve had six games in 20 days but that’s what you’re dealt and you have to get on with it.” 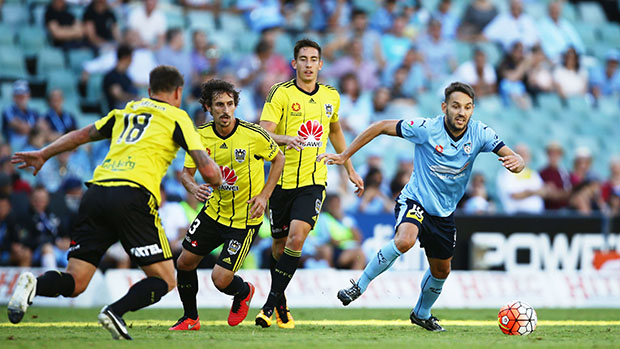 12’ POWELL GOAL – A ball in from the left hand side is only half cleared by Grant and Powell turns and shoots into the far corner.

13’ WATSON GOAL – Bonevacia plays in Watson who runs clear and slots beyond Janjetovic.

37’ BONEVACIA GOAL – McGlinchey crosses from the left and the ball rolls all the way through to Bonevacia at the far post who side foots home.

51’ HOLOSKO GOAL – Stambolziev gets to the byline and crosses, Moss gets a hand to it but can only push the ball into the path of Holosko who fires home. 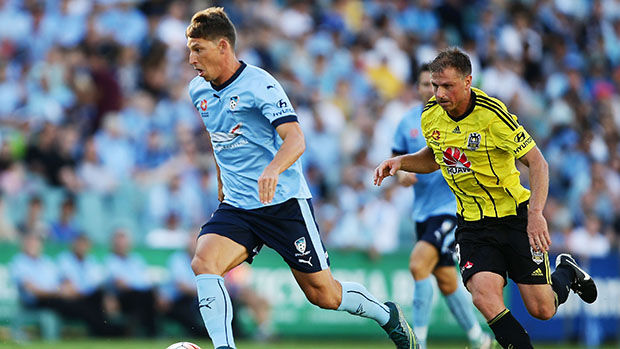 4’  WATSON CHANCE – Watson is released by Rodriguez but the pass is just too heavy and Janjetovic is able to come out and make save.

9’ POWELL CHANCE – A ball is played in behind the Sydney FC defence which Powell latches onto but Janjetovic is quickly out of his box to blast the ball against the striker’s legs and away.

27’ SMELTZ CHANCE – Stambolziev lifts the ball to the far post, Carney nudges it back inside but Smeltz’s first time shot loops just wide.

64’ HOLOSKO SHOT – Neat play on the right between Carney and Ryall ends with the ball being played to Holosko who hits the ball first time from the edge of the box but Moss saves. 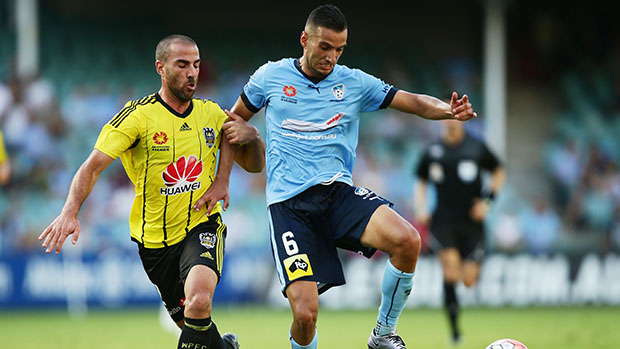 Sydney FC Head Coach Graham Arnold made five changes to the side beaten at Melbourne City seven days earlier.  Filip Holosko and Ali Abbas moved to the bench with Robert Stamboziev and Rhyan Grant returning to the starting line-up. Meanwhile Seb Ryall returned to the centre of defence at the expense of Zac Anderson following suspension while David Carney displaced Andrew Hoole and Shane Smeltz came in up front in place of Matt Simon who has a rib injury.  Jacques Faty came onto the bench alongside cousin Mickael Tavares and Ivan Necevski.