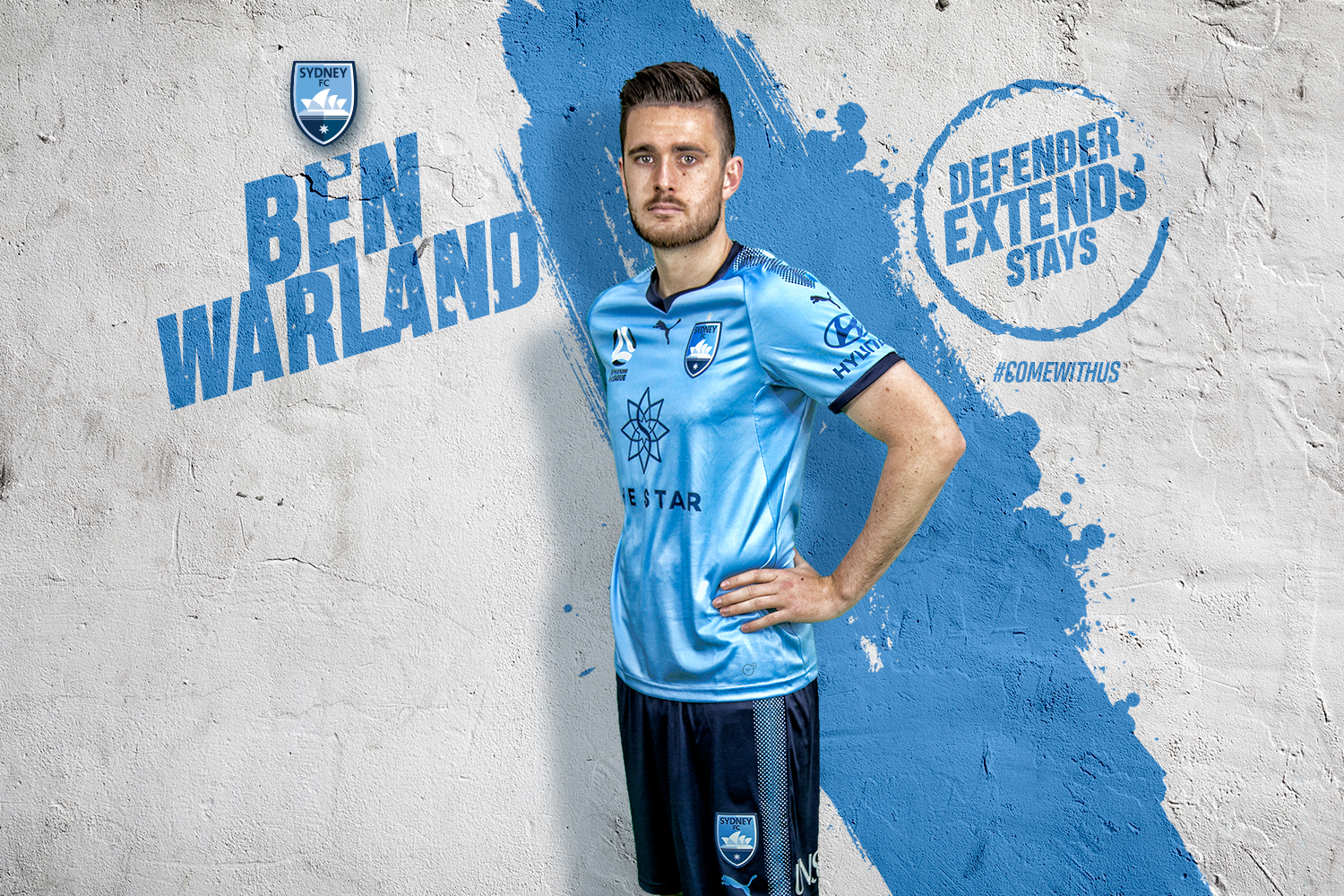 Sydney FC defender Ben Warland has renewed his contract with the Sky Blues for a further two seasons, which will now see him remain at the club until at least the end of the Hyundai A-League 2020/21 season.

The 22-year old central defender, who joined the Sky Blues midway through the 2017/18 season, has been given a new deal based on his series of solid performances since arriving as well as his obvious potential moving forward.

Warland is delighted to have committed his future to the Sky Blues and knows that title success is something that is expected at the club.

“Sydney FC a fantastic club and I have definitely enjoyed my time here so far after joining midway through last season,” he said.

“The Sky Blues are ushering in a new era, and I’m excited at the potential here and to be a part of what the club is building.

“I’d like to thank everyone involved at the club for giving me an opportunity to stay here for an extra two seasons, as well as all the members and fans who have welcomed me with open arms since joining the club.”

Warland turned out for the club across the Hyundai A-League and AFC Champions League in 2017/18.

He scored his first goal for the club in August in the FFA Cup Round of 32 victory over Rockdale, and was also a part of last season’s Premiers Plate winning squad.

Head Coach Steve Corica sees plenty of potential in Warland as a player, and is hopeful that he will get to display that over the next few years.

“Ben is a great young talent and he proved that last season in the opportunities he was given to pull on the Sky Blue jersey for us,” Corica said.

“He has plenty of upside as a player, and I have no doubt that this season when he returns from injury he will show the potential that many of us at the club have already seen.”

Sydney FC kick off their Hyundai A-League 2018/19 season away against Adelaide United at Coopers Stadium on Friday 19 October (kick off 7:50pm AEST). #WatchWithUs LIVE on Fox Sports or follow @SydneyFC on Twitter for updates.