Djite struck in the 25th minute and again on the stroke of half time to give the Reds the ascendancy after the Sky Blues had had a number of chances to opening the scoring themselves.

Robert Stambolziev and Christopher Naumoff had good second half chances to hit the target for the Sky Blues but it was not to be.

Attention now turns to Tuesday night’s huge AFC Champions League clash with Pohang Steelers with a win likely to all but seal qualification to the last 16 of the competition for the first time in the club’s history. 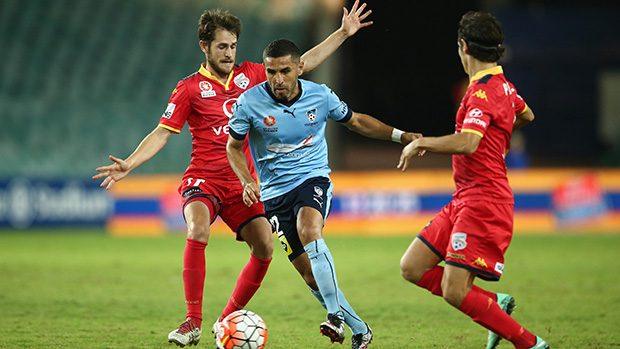 “We had 5 or 6 players that were touch and go with injuries beforehand, so we decided to rest them for Tuesday night.

“It’s tough but we’ve still got a lot to play for this year. We just have to move on, we’ve got a big game on Tuesday night, we’re trying to deliver something to Sydney FC that we’ve never had in their history and that is the last 16 in Asia.” 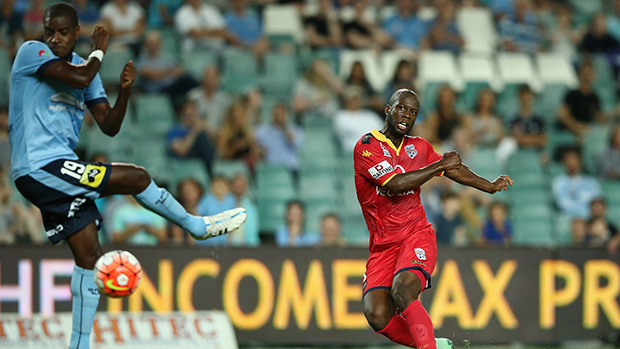 25’ DJITE GOAL – A right wing Marrone cross is deflected towards his own goal by Anderson Janjetovic parries it but only to Djite who is first to react in the penalty area.

45’ DJITE GOAL – A cross from Marrone isn’t cleared and Kamau pounces on the loose ball.  He attempts to cross and the ball is blocked by Anderson however it rebounds outside the box to Djite who drills it back into the back of the net. 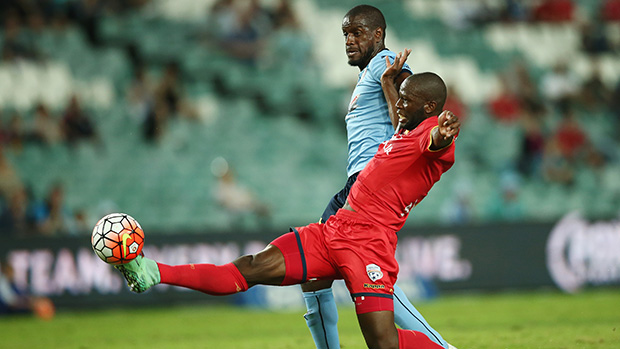 7’ HOLOSKO CHANCE – Holosko is played in behind the Reds line but after making a run on the other side of the full back but as he tries to cross to an unmarked Smeltz in the box and Adelaide defender blocks and sends the ball out for a corner.

13’ HOLOSKO PENALTY APPEALS – The Slovakian again gets beyond his defender and charges towards goal. As the covering man comes across Holosko turns inside him and goes down under the challenge but the referee waves away appeals.

15’ JANJETOVIC SAVE – Mauk is played the ball out wide and chips the ball back across the goal to Djite who hits a first time shot but it’s straight at Janjetovic.

21’ HOLOSKO CHANCE – Holosko feeds Woodcock on the left and the debutant darts into the box and pulls the ball back to the Slovakian who hits a first time shot just wide of the post.

56’ JANJETOVIC SAVE – A ring wing Mauk corner comes across and is met by Djite who puts it straight at Janjetovic. 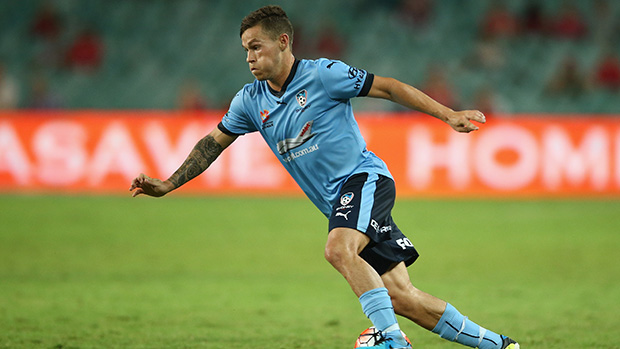 Sydney FC Head Coach Graham Arnold made eight changes to the side which played Brisbane Roar a week earlier.  Injuries ruled out Matt Jurman Seb Ryall, Rhyan Grant and Matt Simon while David Carney was ill. Riley Woodcock made his first start of the season at left back in place of Grant while Jacques Faty returned for Jurman and Aaron Calver came in for Ryall.  Alex Mullen made his first start in a Sydney FC shirt alongside Milos Dimitrijevic as Brandon O’Neill dropped to the bench. Shane Smeltz partnered fit again Milos Ninkovic up front while Christopher Naumoff came in for Carney on the left.  Filip Holosko Vedran Janjetovic and Zac Anderson were retained while Stambolziev, Abbas, Hoole and Necevski made up the bench.