An early goal to Yuki Muto, coupled with a second half penalty to substitute Shinzoh Koroki was enough for the hosts, as the Sky Blues were unlucky not to find the back of the net themselves, with both Zac Anderson and Matt Jurman seeing prime chances go begging.

Sydney FC are next in action in the AFC Champions League against Guangzhou Evergrande at Sydney Football Stadium on Wednesday 2 March (kick off 8pm AEDT). 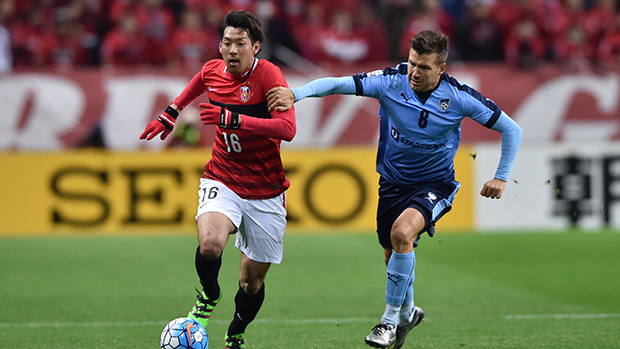 Graham Arnold: “Tonight I felt we were even, we beat ourselves, they didn’t beat us. What’s important in the Champions League is that you win your home games. We were equal to Urawa Reds tonight but it’s important we win our home games. We’ve got three games at home and if we win that then we’ve got a good chance. Because Urawa Reds at times play five players up front we decided to go for an extra defender in the first half. The plan was to get to 60-65 minutes then to go to a 4-4-2 with two strikers and put pressure on them and I think it showed in the last 20 minutes when we dominated the game. I warned the players beforehand that Muto is very fast and reacts well in the penalty box and it was extremely disappointing that we gifted them two goals.” 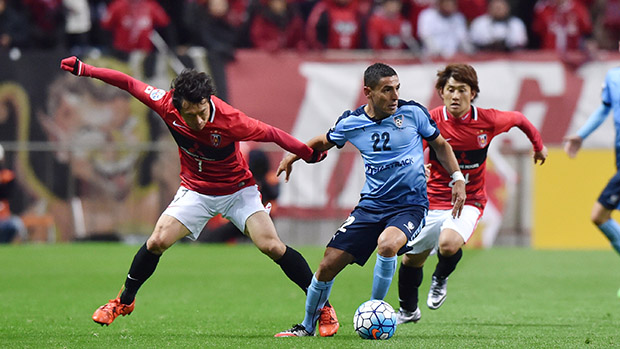 9’ MUTO GOAL – Tsukasa plays a ball into the box which takes deflection off Matt Jurman. Anderson tries to shield the ball from one attacker to allow Janjetovic to claim the ball however Yuki appears from his blind spot to turn the ball home.

65’ KOROKI PENALTY – A slip from Ryall in the Sky Blues backline allows Koroki to break clear. Janjetovic tries to stop him but brings him down and the forward steps up to take the spot kick by flashing it straight down the middle. 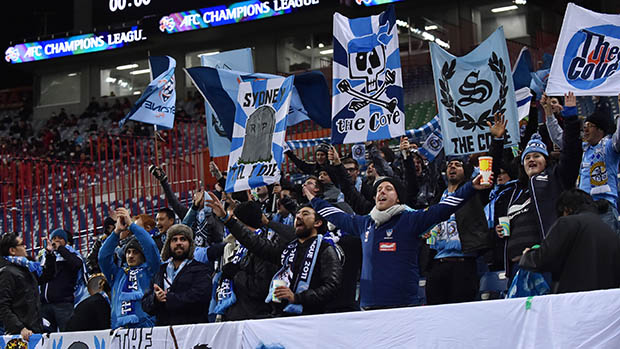 11’ DIMITRIJEVIC FREE-KICK – Naumoff bursts past the Urawa defence and is brought down.  Dimitrijevic takes the free-kick from the left angle of the box and curls it towards goal but no one is there to get a touch and the keeper catches the ball.

16′ JANJETOVIC SAVE – Janjetovic with a spectacular diving save to his right to deny a long range effort from Urawa.

25’ HOOLE CHANCE – A mix up in the Urawa defence and the ball falls to Hoole with the goal gaping but his shot is deflected wide.

40’ NAUMOFF OFF THE LINE – A corner from the Urawa right is headed high in the air and as it comes down and acrobatic kick from the Reds striker is going in until Naumoff gets a foot to it on the line.

53’ ANDERSON GREAT CHANCE – A right wing corner comes across into the box and is flicked on by Jurman, Smeltz takes the ball down and leaves it for Anderson who rifles a shot goalwards which strikes the keeper in the face from point blank range and is put out for a corner.  Unbelievable save.

60’ GREAT SAVE JANJETOVIC – Urawa attack down the right and slide a ball inside the full back to put Umesaki free.  He shoots across Janjetovic who tips it around the post for a corner.

84’ NINKOVIC EFFORT – Substitute Stambolziev releases Rhyan Grant on the right flank who squares it to Milos Ninkovic on the edge of the area, with the Serbian’s curling effort producing a smart save from the Urawa keeper.

85’ JURMAN HITS THE BAR – Stambolziev curls a low corner into the area and Matt Jurman lunges at the ball in the six yard area, with his rising connection clipping the cross bar on its way over. 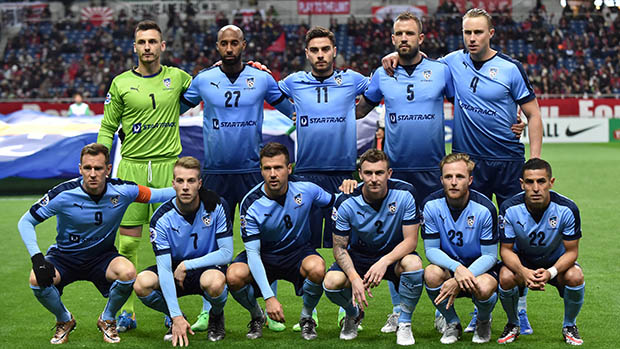 Sydney FC Head Coach Graham Arnold made a number of changes to the side that drew 1-1 with Western Sydney Wanderers in the Hyundai A-League on Saturday.  Matt Simon, Brandon O’Neill and David Carney, all starters in that match, remained at home in Australia.  Alex Brosque and Milos Ninkovic were rested and sat on the bench while Jacques Faty and Filip Holosko are unavailable for AFC Champions League games. It meant Christopher Naumoff, Andrew Hoole, Shane Smeltz, Ali Abbas, Milos Dimitrijevic, Mickael Tavares and Zac Anderson all came into the side.  Stambolziev, Mullen, Blackwood and Calver made the bench.