Sydney FC have inflicted a third defeat of the season on Hyundai A-League Premiers Perth Glory, their second against the Sky Blues, thanks to an instinctive Adam Le Fondre goal to send him top of the league goal-scoring charts. 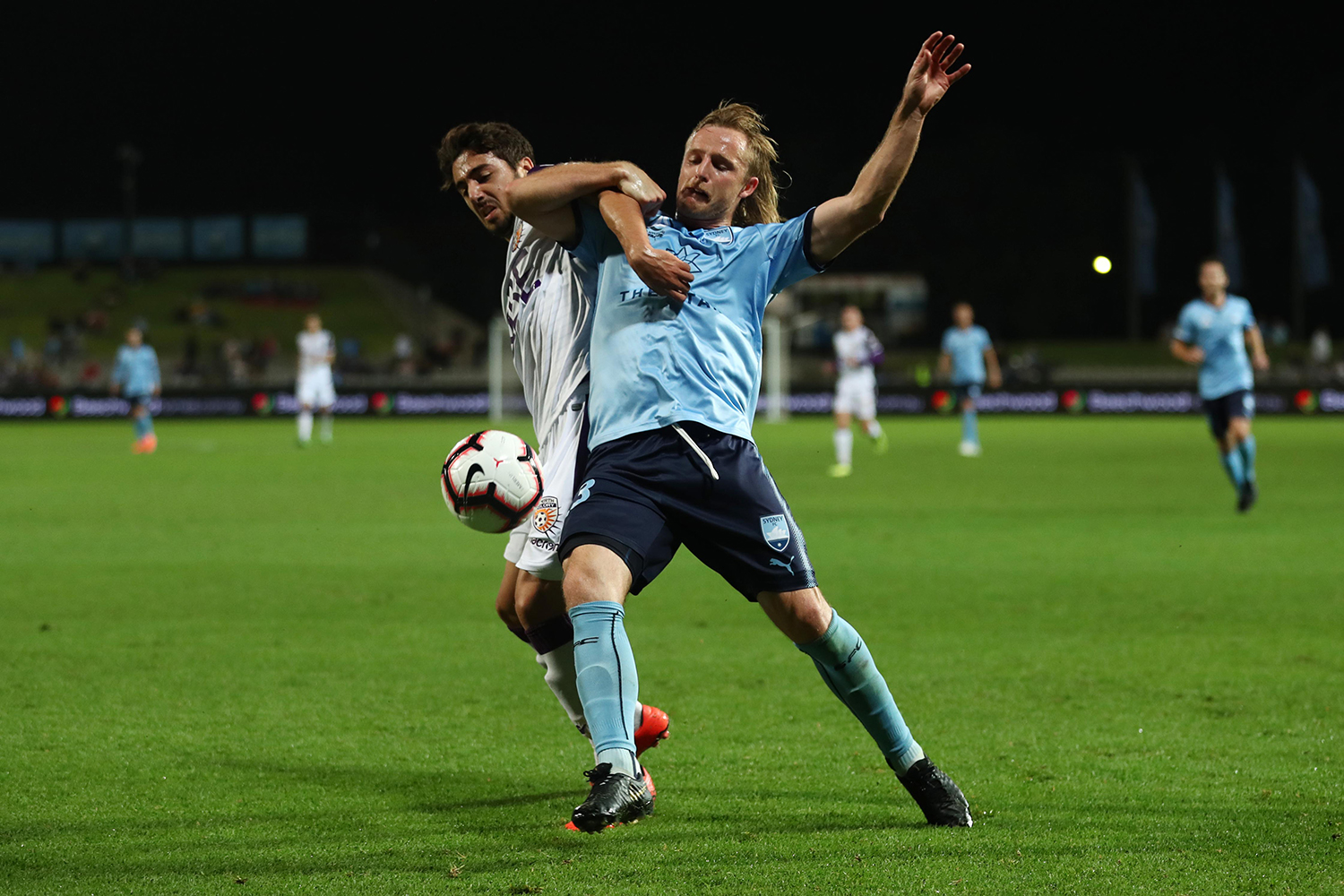 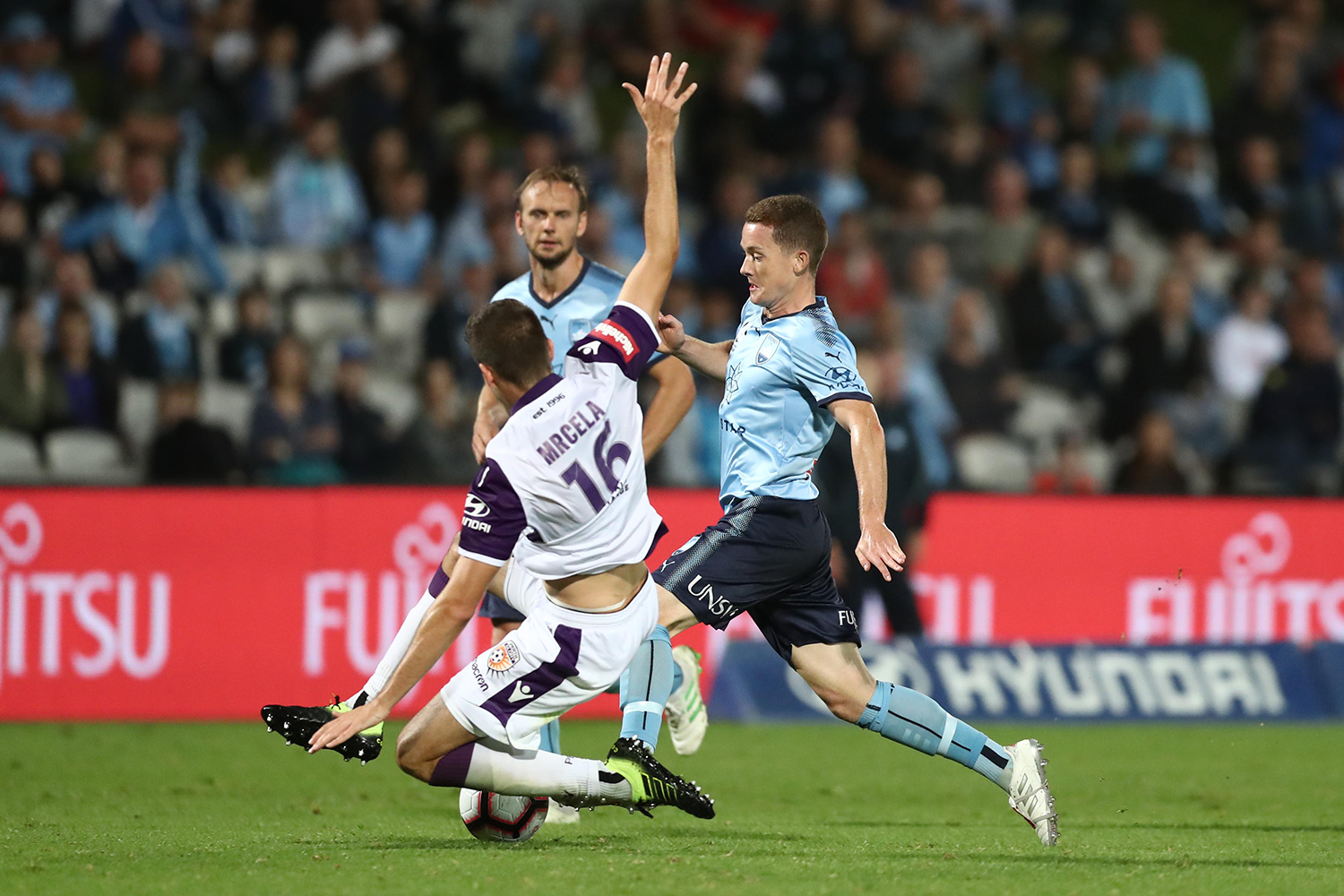 On a night where Sydney FC’s fans said thank you to retiring captain Alex Brosque, the Hyundai A-League’s top scorer Adam Le Fondre produced yet another important goal to topple Premiers Perth Glory 1-0, just a fortnight out from this season’s finals.

Sydney FC were dominant for the opening 45 minutes with Socceroos star Rhyan Grant providing plenty of energy for the hosts and producing a plethora of his trademark forward runs as well.

However, it was the competition’s leading goalscorer Le Fondre who would open proceedings in the 37th minute, pouncing on a header from Paulo Retre and tapping it in from close range to give the home side the lead going into the break.

Sydney FC continued to dominate the contest well into the second half and there were chances for Retre and Brandon O’Neill, but neither were able to capitalise on the opportunities the Sky Blues created.

Glory threw plenty at Sydney FC in the dying stages of the match but a fantastic defensive effort from the back four and goalkeeper Andrew Redmayne kept their opponents at bay, and ultimately allowed the Sky Blues to hang on for a huge victory.

Sydney FC will now travel to Shanghai for a clash with Shanghai SIPG on Tuesday night, before returning home for a final-round encounter with Newcastle Jets next Saturday night after which the Finals Series commences. 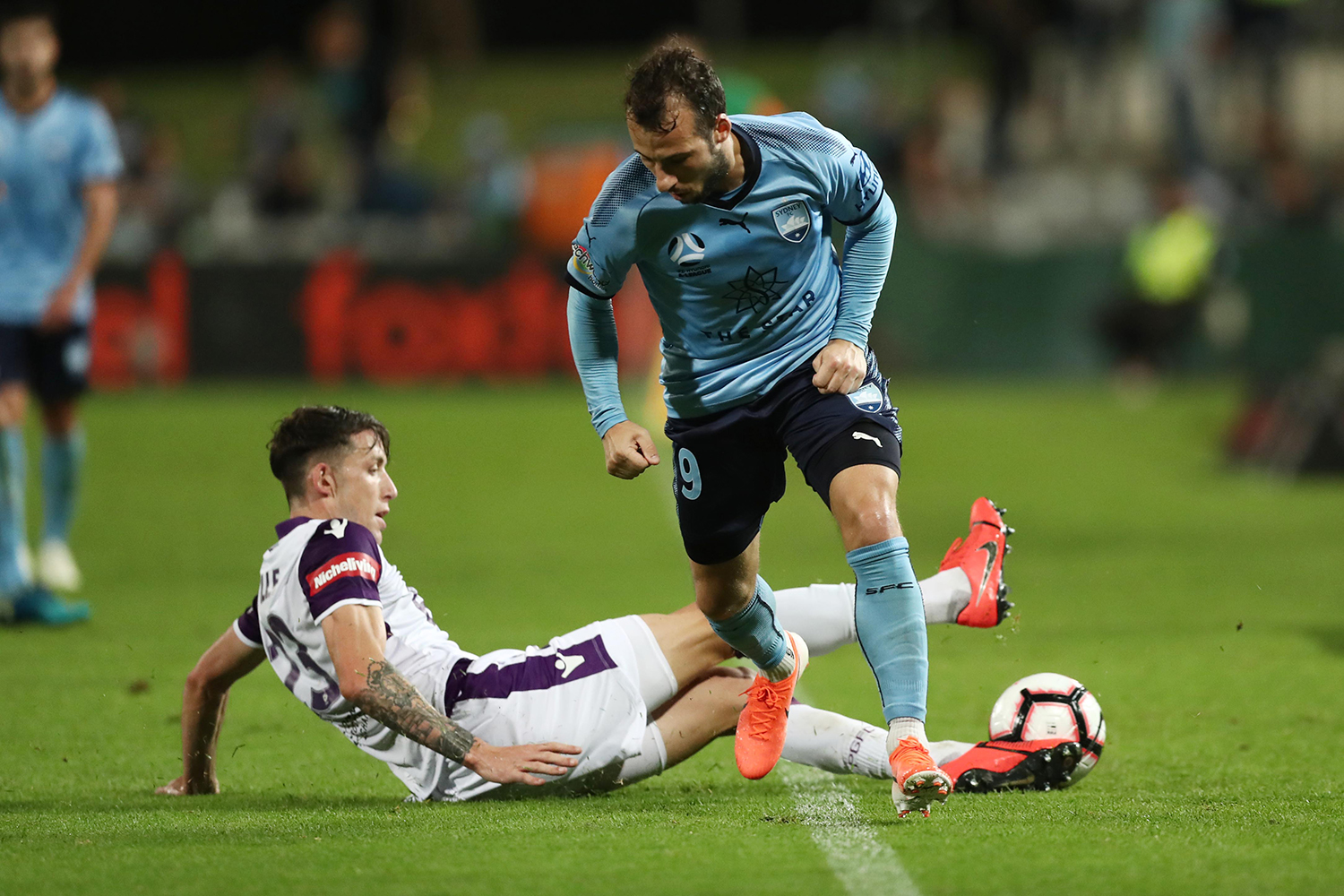 What They Said:  Head Coach Steve Corica: “I thought it was very good. They didn’t have a shot on target so defensively we were outstanding and after we scored they were always going to put us under pressure but the defence was fantastic.

“With the ball I thought we were good. Some games you have to win 1-0 and we showed great character to do that tonight.

“Every game is important here and we needed three points to put pressure on Melbourne tomorrow. They’ve had a very good season Perth and congratulations to them for winning the Premiers Plate but our boys were fantastic tonight.

“They had players out tonight but so did we, having Zullo out and also Brosque so we’ll have to wait and see what happens if we meet them again.

“It could be the matchup in the final but there’s plenty of football left to be played and it’s a mental game now because we have beaten them twice now.

“Our strength and conditioning coach works very hard on our fitness and the boys are responding well to that even though we’ve played a lot of games.”

“You only have to look at Rhyan Grant, it’s unbelievable and he has so much energy. Rhyan gives us so much go forward and also can get back just as quick and I thought he was outstanding for us tonight.:

“Caceres is improving in each game he plays as well and he does a lot of work defensively. He does go under the radar a bit but as the season has gone on he has continued to improve and he’s doing a great job for us too.

“Victory know they have to win tomorrow otherwise second place is gone, so our result tonight puts a lot of pressure on them and I’m sure Adelaide will give them a really good game tomorrow night.” 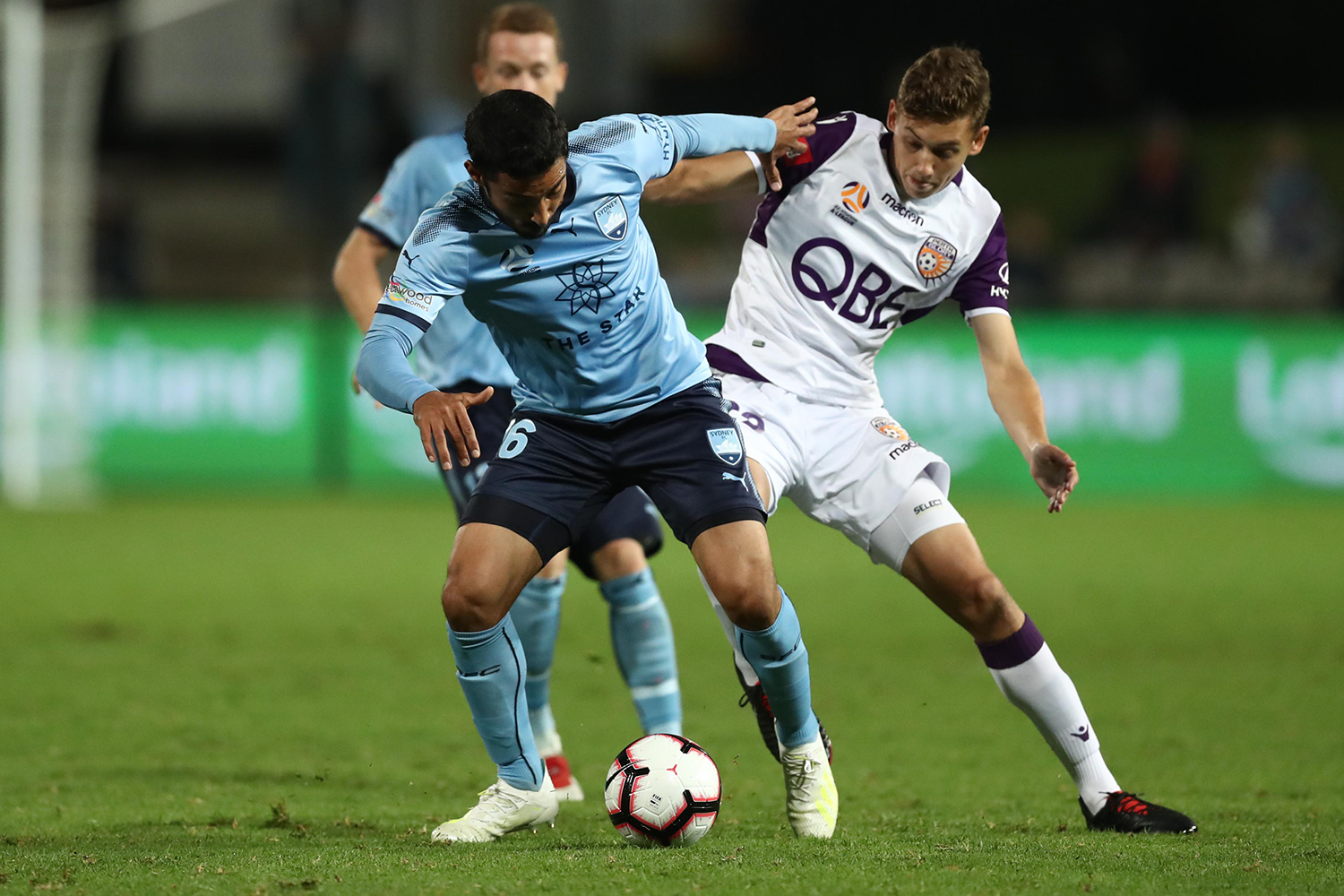