Sydney FC have been crowned Foxtel National Youth League Champions for the third time thanks to a 5-2 Grand Final win over Adelaide United at Central Coast Stadium.

The Sky Blues sealed their second title in three years with a two goal brace from Alex Mullen along with strikes from Chris Zuvela, Max Burgess and Cristian Gonzalez.

Head Coach Robbie Stanton wins the trophy in his first year in charge of the young Sky Blues who will now head into their NSW National Premier League 2 campaign.

Head Coach Robbie Stanton: “I thought it would have been a little bit tighter but we were quite ruthless going forward and I thought we were really on song today, at times we looked like we were going to score every time we went forward.

“In the end we took a lot of those chances so it’s very pleasing day and I think we had a very good day and maybe they were a little bit off.”

Captain Yianni Spyrakis:   “The boys came out and from the start we were ready to go and five goals shows we ran over the top of them in the end.” 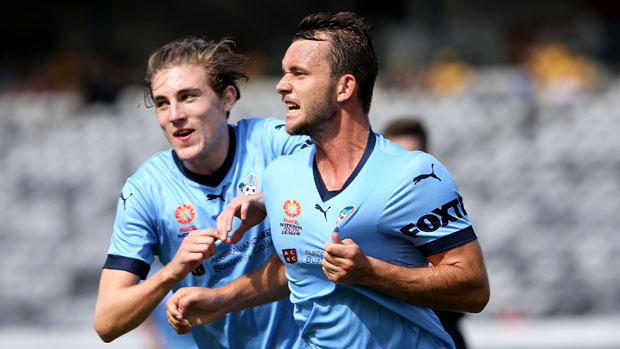 12’ MULLEN GOAL – Araujo plays a ball down the flank to Kuleski who gets to the byline inside the box and pulls the ball back to the unmarked Mullen who calmly side foots home.

23’ ZUVELA GOAL – Araujo uses his strength on the right hand side of the box to get some space and cross to the unmarked Zuvela who hits the ball into the roof of the net from 3 yards.

32 ’ TRATT OWN GOAL – A right wing Adelaide corner is floated into the danger zone and hits Tratt above the thigh which diverts the ball past Bouzanis into the roof of the net.

40’ BURGESS GOAL – Burgess attempts to play in Araujo on the edge of the box but the pass is blocked and he picks up the rebound, beats a player and drills the ball with his left foot into the bottom left hand corner.

49’ MULLEN GOAL – Gonzalez puts a corner into the box and Mullen rises to head home.

56’ GONZALEZ GOAL – A wonderful curling corner kick from Cristian Gonzalez evades the Adelaide keeper and goes into the far post. 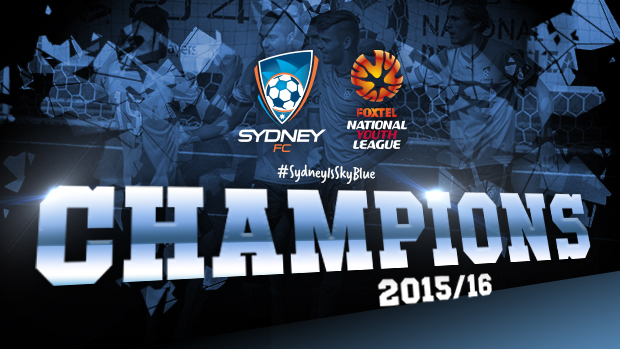 15’ TRATT CHANCE – A free kick on the left edge of the box is curled towards the far post where Tratt arrives unmarked but the ball just squeezes under his foot and goes behind.

16’ BOUZANIS SAVE – A burst through the Sydney FC defence by Dylan Smith puts the forward clear despite a challenge from Tratt but his side foot shot is saved by the knee of Bouzanis.

20’ BURGESS FREE KICK – Max Burgess curls a left footed shot towards the top corner from a free kick on the edge of the box but Margush pushes the ball over the bar.

36’ MULLEN HEADER SAVED – A ball down the left flank finds Gonzalez who hits a first time cross at Mullen who’s downward header is pushed behind by Margush.

48’ ANTONIO SHOT SAVED – Antonio breaks clear from a great Araujo ball and bears down on goal but Margush is out and blocks with his feet.

56’ BURGESS SHOT SAVED – Burgess makes some room on the edge of the box and hits a strong left foot shot which is wonderfully saved by Margush.

74’ ANTONIO SHOT SAVED – Bai Antonio finds himself in acres of room on the left hand side of the box but shoots straight at the keeper. 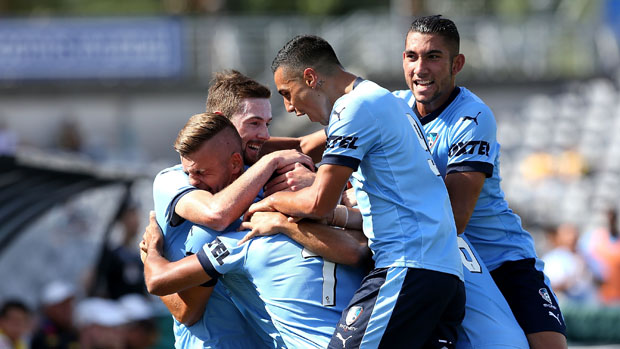 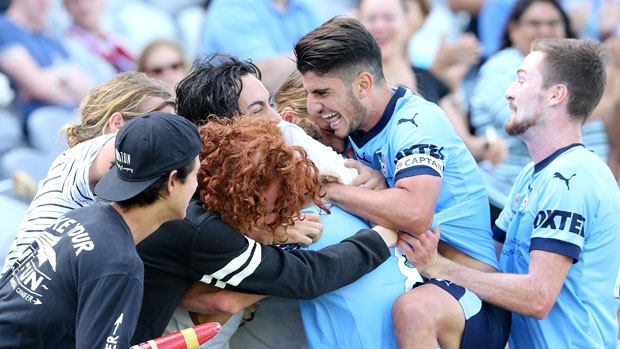