The newly crowned Premiers have amassed an enormous 59 points from a possible 72 already this season and have their sights set on beating Brisbane Roar’s all time points record of 65 from an 11 team comp.

Goals from Bobô, Brandon O’Neill and an own goal from Romanian debutant Goian gave the Sky Blues a comfortable 3-0 over Perth Glory.

Melbourne City are the next challenge as Graham Arnold’s men continue to strive to break more records. 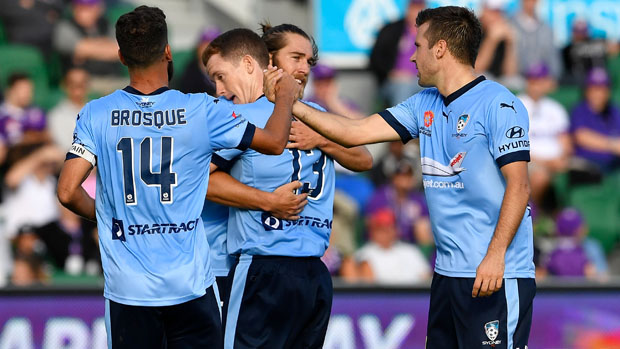 Graham Arnold: “I’m happy about the attitude and performance today.  It was a wonderful achievement by the players and the staff and the club to win the Premiership with four rounds to go.

“Today it was about standards and they were very good.  Our performance was excellent and we totally dominated them.

“We’ve now made history in 59 points in a ten-team competition. We’ve got three games to go; Brisbane Roar got 65 in an 11 team comp so we’ll chase that.

“We’re striving every week to break more records, we’ve got more goals to achieve and there is no foot off the pedal.

“We play Melbourne City on Saturday and we will make a statement against them.”

39’ GOIAN OWN GOAL – Buijs takes a corner from the right which misses everyone and goes in off the knee of debutant Goian.

40’ O’NEILL GOAL – O’Neill receives a square pass from Bobô and drills the ball home from range on his return to Perth.

63’ BOBÔ GOAL – Sublime defence splitting pass from Ninkovic finds Brosque who backheels in the box for Bobô to tap home. 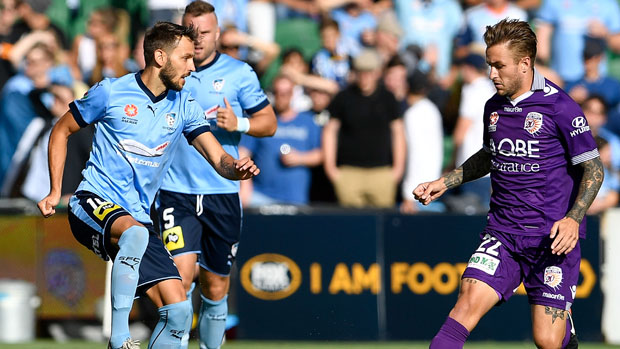 22’ BOBÔ CHANCE – O’Neill crosses on the right to Bobô who brings the ball down but Risdon gets a late tackle in to put the ball behind.

23′ O’NEILL CHANCE – O’Neill dispossesses Marinkovic inside his own half and bears down on goal but his shot is over.

29′ BOBÔ CHANCE – Ninkovic cuts out a pass, gets to the byline and crosses to Bobô who is stretching as he shoots wide.

32′ BROSQUE CHANCE – Brosque feeds Bobô who gets into the box and cuts it back to the skipper to fire a shot just over.

49′ HOLOSKO CHANCE – Holosko plays a one two with Bobô and uses his strength to get clear and shoot but Reddy makes a good save with his knee.

55′ GREAT SAVE REDDY – Brillante and Brosque combine to free Bobô but Reddy makes a brillant save down low.

73’ GOAL DISALLOWED – Castro has the ball in the back of the net but he is ruled offside.

76’ BROSQUE CHANCE – Carney flicks the ball over his head to Brosque and he hits a first time shot just wide.

Head Coach Graham Arnold was forced into two changes with the absence of his two Socceroos stars Danny Vukovic and Rhyan Grant.  Andrew Redmayne came in for his first start of the season in goal with young Thomas Heward-Belle deputising on the bench.  Meanwhile Milos Dimitrijevic replaced Rhyan Grant with Josh Brillante moving to right full back. 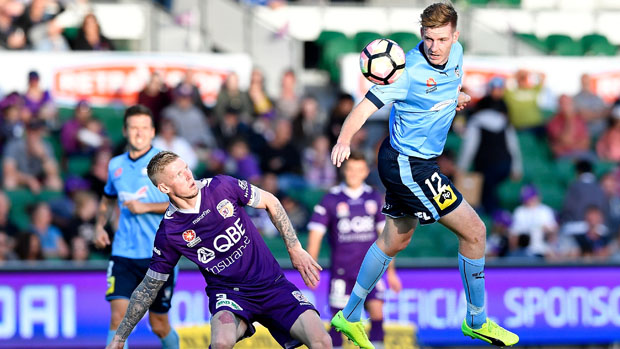