Sydney FC have been crowned Hyundai A-League Champions after defeating Melbourne Victory 4-2 on penalties in front of a boisterous home crowd on Sunday night.

Sydney FC have been crowned Hyundai A-League Champions after defeating Melbourne Victory 4-2 on penalties in front of a boisterous home crowd on Sunday night.

In what was a tense and turbulent first half, it was the visitors who drew first blood after Besart Berisha capped off a brilliant move from Marco Rojas with an even better finish from the edge of the box.

But while Kevin Muscat’s men sat back in a bid to preserve their slim advantage, the Premiers pressed and found their breakthrough midway through the second half as Rhyan Grant pounced to tap the ball home after Carney’s initial shot was saved onto the base of the post.

With the scores level at 1-1 and regulation time failing to separate these two rivals, extra time ensued in similar fashion as neither side could produce the telling moment.

That moment however was reserved for Milos Ninkovic. With the same poise and precision he’s shown for much of the season, the reigning Johnny Warren Medal winner stepped up to slot the decisive penalty home in front of The Cove.

The Grand Final triumph caps off a remarkable record-breaking season from Graham Arnold’s men that saw the side claim the Premier’s Plate and A-League Championship double for the first time since 2010. 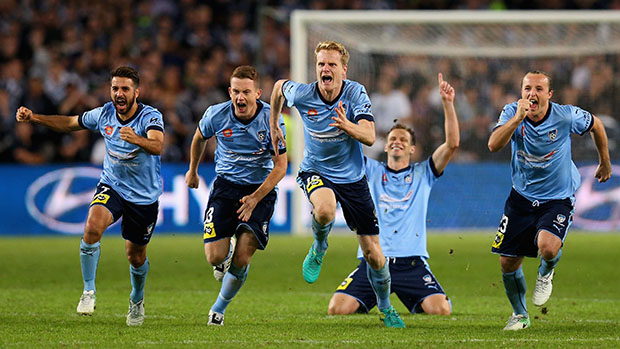 20’ BERISHA GOAL – Berisha latches onto the pass from Rojas before skilfully creating some space and burying a driven shot past Vukovic.

69’ GRANT GOAL – After a wonderful body fake, Carney’s shot bounces off the base of the post and is headed off the line before Grant arrives to tap the ball into the back of the net.

16’ ZULLO CHANCE – Zullo whips a dangerous cross into the box but Victory manage to clear the ball away.

18’ BUIJS CHANCE – Brillante’s ball into the box falls to Buijs but his cutback is blocked by a desperate Georgevski.

24’ NINKOVIC CHANCE – Ninkovic swings a teasing cross into the box but it is just beyond Brosque’s reach.

34’ NINKOVIC YELLOW CARD – Ninkovic receives a yellow card for instigating an all-in confrontation after he was fouled.

36’ HOLOSKO YELLOW CARD – Holosko receives a yellow card for pulling Donachie’s face while players were scuffling with one another.

53’ HOLOSKO CHANCE – Grant finds Holosko with the cross but his ensuing volley flies high and over the bar.

61’ CARNEY CHANCE – Brosque chests the ball down for Carney who forces Thomas to make a diving save and palm the volley away.

74’ O’NEILL CHANCE – O’Neill tries his luck from distance but his shot drags wide.

100’ WILKINSON INJIURY – The match is stopped after Vukovic appears to inadvertently strike Wilkinson during a leap for the ball.

103’ WILKINSON RECOVERY – Wilkinson returns to the field of play after receiving some brief treatment.

111’ BUIJS CHANCE – O’Neill’s free kick from the edge of the box finds the head of Buijs, but he cannot direct the ball goal-ward.

115’ CARNEY CHANCE – Grant picks out Carney with the cutback, but the ensuing effort slices wide of the post.

BROSQUE GOAL – Brosque sends Thomas the wrong way with a calm finish into the bottom-right corner.

BROXHAM GOAL – Broxham sends Vukovic the wrong way with an emphatic finish into the bottom-right corner.

CARNEY GOAL – Carney places the ball into the bottom-left corner.

VALERI MISS – Valeri’s powerful effort cannons off the crossbar and out.

ROJAS MISS – Vukovic dives to low to his right and denies Rojas from the spot. 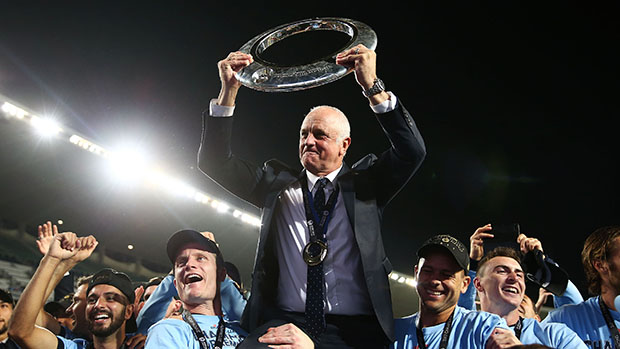