Sydney FC CEO To Step Down

Sydney FC Chief Executive Officer Tony Pignata is to step down from his role after five years in the job.

Pignata joined the club in June 2012 and has overseen a remarkable five years in which the club has doubled membership, increased attendance by more than 25% and tripled its turnover.

He also memorably flew to Italy in September 2012 to seal the contract of the Hyundai A-League’s biggest ever signing Alessandro Del Piero, and in recent days has also secured the signature of current Sky Blues marquee Milos Ninkovic. 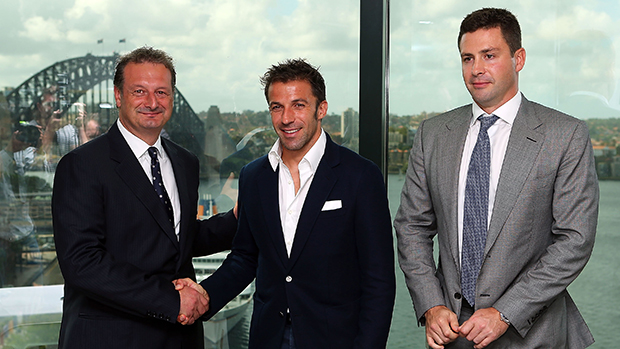 Sydney FC Chairman Scott Barlow praised the out-going CEO for his five years of dedication to the club and wished him well for the future.

“On behalf of myself and the Sydney FC board of directors, I’d like to thank Tony for his service over the last five years.

“He has done an excellent job in bringing stability and success to our club both on and off the field.

“On top of his list of achievements, Tony will be remembered for his enormous passion for Sydney FC and the game of football, and also for the fantastic rapport he has built with our supporters.

“I would like to wish him and his family all the best for the future.”

Pignata thanked Sydney FC’s coaches, players, staff and supporters in revealing his reasons for stepping down.

“I have had wonderful 5 years here at Sydney FC,” he said.

“I would like to thank David Traktovenko and Chairman Scott Barlow for their support.

“To the Board, staff, Graham and players it has been an amazing season and to cap it off with the double is the icing on the cake.

“I now look forward to my next adventure and will return home to Melbourne before taking a good break.”