The Sky Blues are Champions for a record fifth time, a first since the Australian national league began 43 years ago, surpassing the four titles held by Sydney City, South Melbourne, Marconi Stallions and Melbourne Victory.

Sydney FC Chairman Scott Barlow says it is a testament to the hard work put in by many people over many years.

“It is an incredible feeling to know our club has won the most  Championships in the history of Australian football, and it is a very proud moment for everyone connected with Sydney FC,” he said.

“I’d like to congratulate Steve Corica, our players and staff for a fantastic season, during which they have performed in hugely challenging circumstances.

“I would also like to pay tribute to everyone who has contributed to the success of our club in the past 15 years, particularly our many Members who are at the heart of everything we do.” 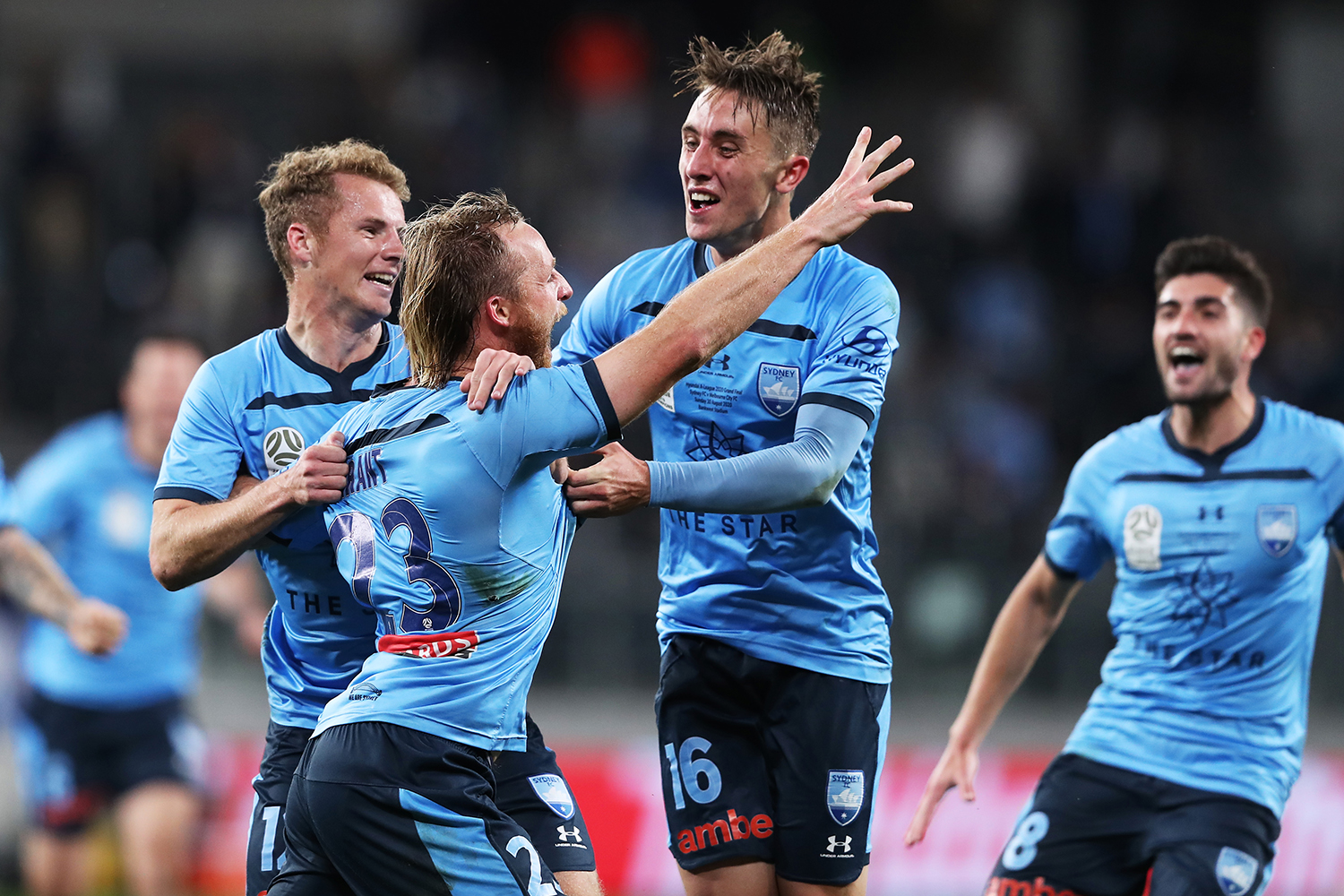 Head Coach Steve Corica becomes only the second coach in Hyundai A-League history to win back to back Championships.

“I’m delighted we have achieved what we set out to do at the start of the season,” he said.

“It has been a very special season for a great number of reasons, and credit to my staff and players who have been excellent in showing great commitment to each other and this remarkable football club.

“To have won the most number of Championships in Australia history, and to win back to back titles is an unbelievable achievement and one I am very proud to have played a part in.”

Captain Alex Wilkinson, who became the first player in Australian history to win five Premierships, says it is an honour to have been a part of such records.

“It’s very humbling to be involved with such a great group of players over so many years and to have achieved so much, but I think this beats everything.

“I am very proud to captain this club and knowing we have created history tonight is extremely satisfying.

“There are no limits to what we can achieve in future but for now we want to make sure we enjoy this feeling.”

Sydney FC’s fifth Championship is the club’s 24th trophy / title across all competitions since the club was formed ahead of the inaugural Hyundai A-League 2005-06 season 15 years ago.