Stanton has a strong reputation in the game for producing talented young players, including the likes of current Sydney FC star Christopher Naumoff, and has won numerous state and National league titles both as a player and as a coach.

He will replace Steve Corica who is promoted to become Sydney FC’s Hyundai A-League Assistant Coach.

Sydney FC Chief Executive Officer Tony Pignata said: “Robbie was an outstanding candidate for the role.  He has a first class pedigree as a coach and a player, an excellent reputation among the local associations and the type of personal qualities which are hugely important to this club.

Stanton, who has also coached the Australian Deaf team, is relishing the chance to help produce the next generation of Sydney FC stars.

“It’s an exciting and challenging role with the target being to develop players within the Sydney FC playing style and philosophy,” said the 43 year old.

“I want to provide our youngsters with the best chance they have to become Hyundai A-League players and give them a pathway into the first team, so they can fit straight into Graham Arnold’s squad.” 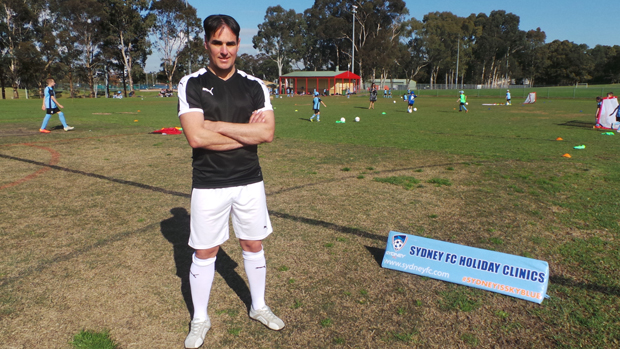 Stanton will look after the Sky Blues’ Foxtel National Youth League side in this season’s new look competition.

He will then take charge of the Sydney FC Academy first team squad which will enter the NSW NPL Division 2 in 2016, and will feature the majority of the same players.

Stanton said: “It will be another step for our young players to be playing at a higher level against men, and it will give them that added development they need to potentially turn them into Hyundai A-League footballers.”

Sydney FC Academy Director Kelly Cross said he is looking forward to further developing his relationship with the successful former Sutherland Sharks Head Coach, who has already been involved in scouting and development work for the club.

“Sydney FC’s Technical Core has done a lot of work developing the blueprint for the long term future success of the club and articulating what the Sydney FC playing style is.  That’s going to be brought to life in the Academy and it’s about developing that whole philosophy and playing style right through the club.

“Robbie’s main tasks will be to help evolve the Sydney FC Playing Style and to develop the players who can seamlessly transition into the first team squad.”