With a strong pre-season under his belt for the first time in years, Sydney FC recruit Matt Simon is confident his best Hyundai A-League form is still in front of him.

The all-action 29-year-old was thrown a lifeline by Sky Blues boss Graham Arnold after he was shown the door by Central Coast Mariners at the end of last season.

One of the toughest strikers to handle when at the top of his game, Simon has struggled with a number of injuries over the last few seasons. But back with ex-Mariners mentors Arnold and Andrew Clark, the twice-capped Socceroo is feeling re-invigorated.

“I’m feeling really strong and just happy to get a good pre-season under my belt,” Simon told www.a-league.com.au at training this week. 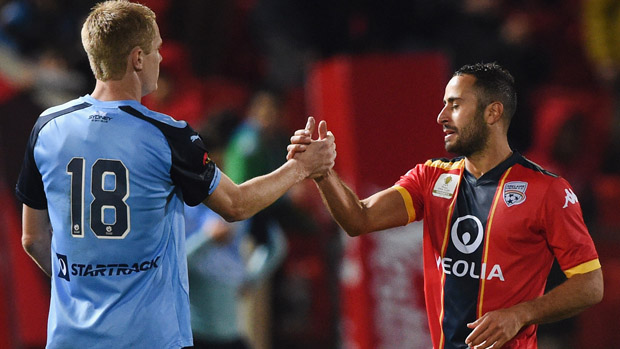 GALLERY: Sydney FC back in training

“I’ve missed the last two pre-seasons and you’re always on the back foot when you miss a pre-season.

“I’m excited to be right in the thick of it this year and getting it all in my body. Putting in the hard sessions and working with ‘Clarky’ again, he’s the best in the country at what he does.

“I trust him to get my body where it needs it to be which is only going to benefit me heading into the season.”

Simon is one of a few attacking signings Arnold has made as the side looks to adapt to life without last season’s leading scorer Marc Janko. 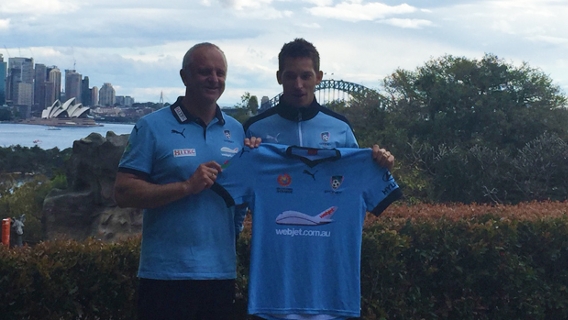 They join the experienced Shane Smeltz and skipper Alex Brosque to ensure last season’s beaten grand-finalists will again pack a punch in attack.

“The players we have in this team are unbelievable,” Simon said.

“Every player in the squad I believe is capable of being in the first XI. To have the likes of Ninkovic, Holosko, [Mickael] Tavares, Brosquey, [Milos] Dimitrijevic, it’s amazing.

“It’s one of the biggest reasons I was so excited to come to the club. Players like Smeltzy and Brosquey in my position especially are two of the best finishers that the league has seen.

“You can see the class in training. Smeltzey’s finishing is unbelievable, I’m really enjoying watching him and trying to pick up little things off him.”

Simon is still commuting to Sydney from the Coast for training as he and his wife Angelique continue to look for a place to live closer to the Harbour City. 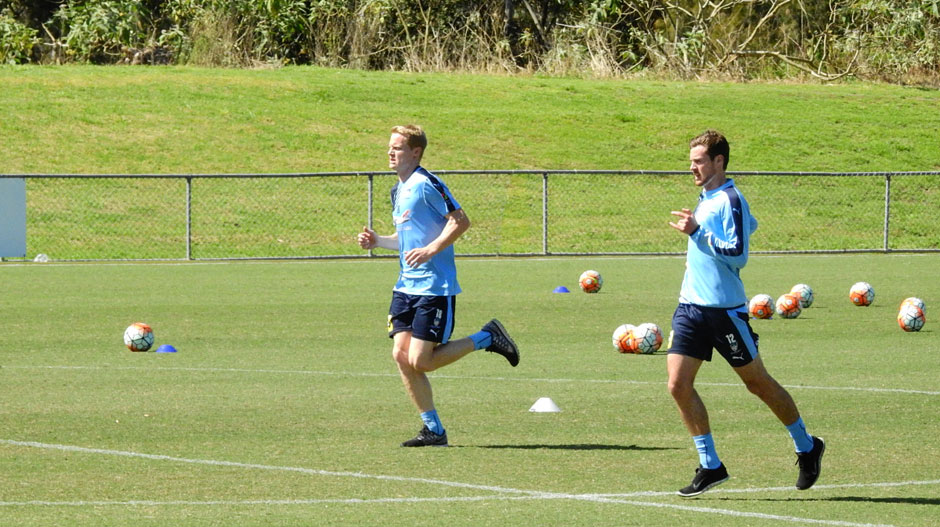 “People tell you how hard it is when you have a baby and how busy things get but it’s all changed for the better,” he said.

“I’m really enjoying my time at home, happy at football as well so it’s all good. I’m in a happy place at the moment. I’m just loving the environment at the club.”

After spending six seasons with the Mariners from 2006-’12, Simon moved to Korea and missed out on the club’s drought-breaking championship success the following season.

Asked if that has fueled his desire to grab that elusive title with Sydney FC this season?

“We’ve got a great chance in this team to be able to go all the way and that’s what we want to do at Sydney. Everyone expects us to win games and the players want to do that.

“It’s definitely one of our goals, it’s why we play, we want to win games and win trophies. Hopefully we can do that this year and I think we can.”

Membership for the 2015/16 Hyundai A-League season is on sale now. Click here for more information and to sign up today.