Sydney FC and midfielder Milos Dimitrijevic have agreed to a termination of his contract to allow the Serbian to pursue other opportunities and move closer to his family.

The Serbian’s departure leaves the Sky Blues with two visa spots available to fill ahead of the start of the Hyundai A-League season on Saturday 7th October.

A year later, the 33-year old went on to win a clean sweep of the Sky Blues’ Player of the Year awards after a fabulous season in which he helped Sydney FC to a second-place finish and the Grand Final.

Dimitrijevic admits he is thankful for the opportunity to come to Australia.

“I will always be grateful for the chance Sydney FC gave me to continue my football career,” he said.

“I have had a fantastic three and a half years with Sydney FC culminating in winning the Championship and Premiership last season.

“I made memories and friends I will cherish for the rest of my life and I would like to thank all of the players I have played with, as well as the excellent staff at the club.

“Importantly I also want to thank the Members who have supported me and the club fabulously throughout my time in Sydney.” 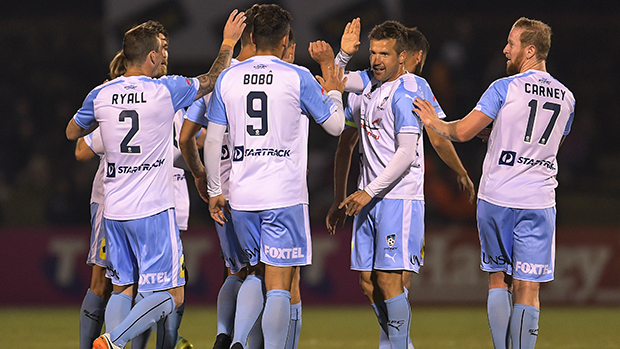 Head Coach Graham Arnold was full of praise for the Serbian midfielder.

“Milos has been a phenomenal player during my time at the club and had a marvellous year in my first season.

“He has proven to be a model professional and played a hugely important role for the club in our double win last season, despite not perhaps getting the game time he would have liked.

“On behalf of the club I’d like to thank him for his fantastic service and wish him well in his future endeavours.”

Meanwhile in squad news Aaron Calver will wear the number two jersey this season, new signing Paulo Retre will be handed the number eight shirt and Charles Lokolingoy will take on number 21.