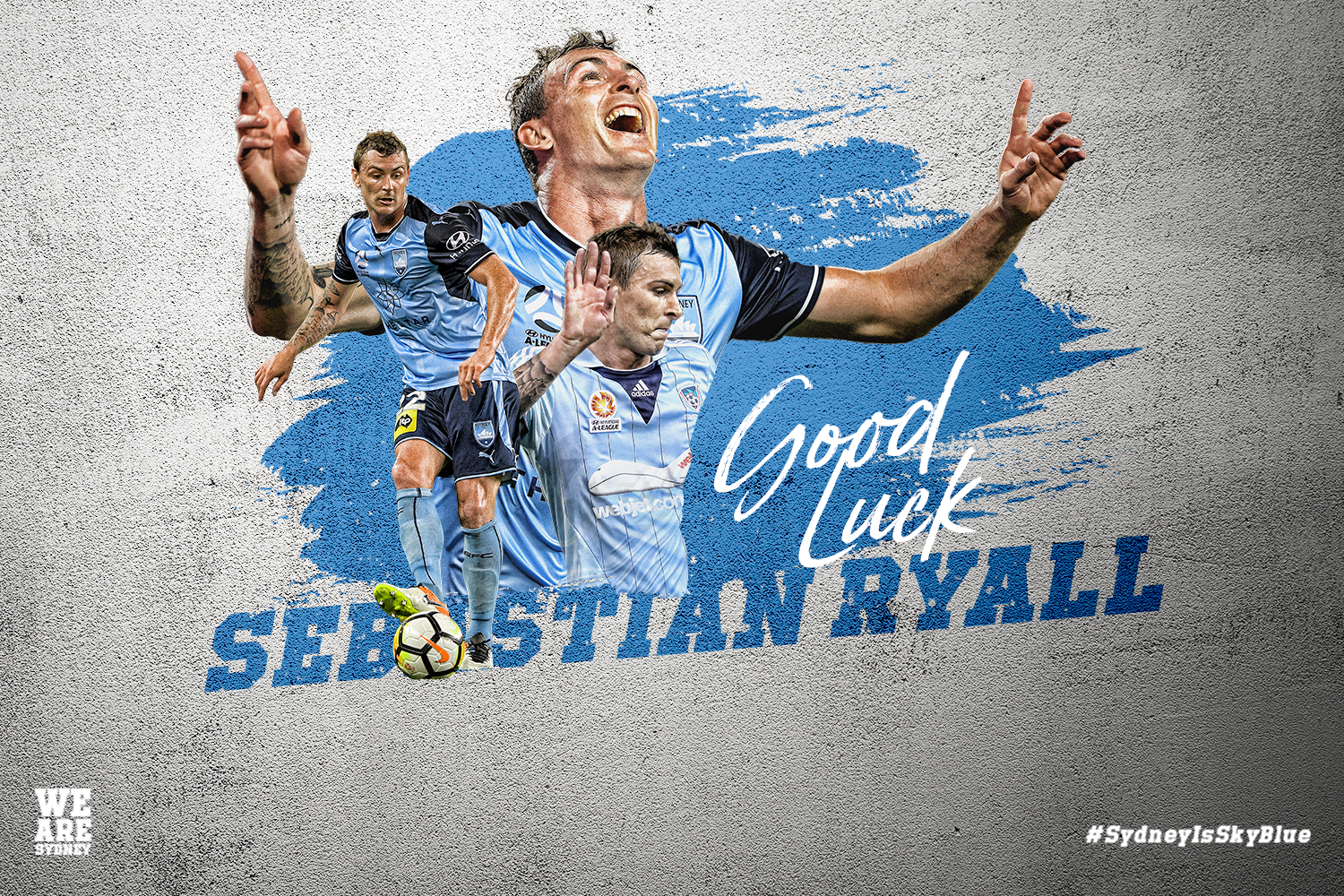 Sydney FC has agreed to terminate the contract of Sebastian Ryall to allow the defender to pursue other opportunities outside of football.

The 28-year old, who has twice won the Hyundai A-League Championship and Premiers Plate double with the Sky Blues, will leave the club with immediate effect.

The former Young Socceroos captain admits he has enjoyed many great moments with the Sky Blues in his nine years with the club and thanked Sydney FC for their help and understanding in his decision.

“It has been a privilege and an honour to represent this great club for as long as I have and winning trophies for my home town has been an incredible experience,” said Ryall.

“I love this club and have made some fantastic friends but for now I feel I need a break from football to pursue some other interests and regain my desire for playing the game.

“It is a big decision, everyone at the club has been unbelievably supportive, and I’m hugely thankful for everything they have done for me during the last nine years.

“Our members have also given me incredible backing throughout my time here and Sydney FC is the only Australian club I would ever wish to play for.

“I wish every Sky Blue more continued success in the future.”

“Seb has been an excellent servant to Sydney FC.  To play close to 200 games for one club is a fantastic achievement.

“We didn’t want him to leave but we understand his desire to take a break, to do some other things in life and rekindle his passion for the game.

“He and I had a great conversation before he left and he is fully supportive of everyone at the club and everything that we are doing here.

“We wish him well in the next stage of his life.”

Professional Footballers Association (PFA) Chief Executive John Didulica said: “Seb has enjoyed a successful decade as a professional footballer and knows he continues to have the PFA’s unconditional support in considering the options he has outside of football.

“The leadership at Sydney FC has been exceptional in the understanding and collaborative way they have worked with Seb to facilitate this transition.”

Ryall is one of the longest serving Sydney FC players having played 190 games for the club across all competitions and has scored 10 goals since he joined from Melbourne Victory in 2009.