Sydney FC are through to their fifth Westfield W-League Grand Final after seeing off the challenge of a gritty Newcastle Jets at Leichhardt Oval.

The Sky Blues got off to a fantastic start, taking the lead through Foord’s effort, and doubled their advantage before half time thanks to Ledbrook’s strike, with the Jet’s situation compounded when Brewer was sent off in first half injury time.

The Jets rallied in the second half and clawed a goal back off a corner, Gilliland scoring a back post header, before Tara Andrews’ late equaliser forced the match into extra time.

Persistence from the Sky Blues paid dividend in the extra 30 minutes, with Lisa De Vanna eventually scoring the winner following a swift counter attack, sparking joyous scenes around the ground.

Sydney FC will now face either Brisbane Roar or Melbourne City in the decider, with details to be confirmed in the coming days pending the result of the clash. 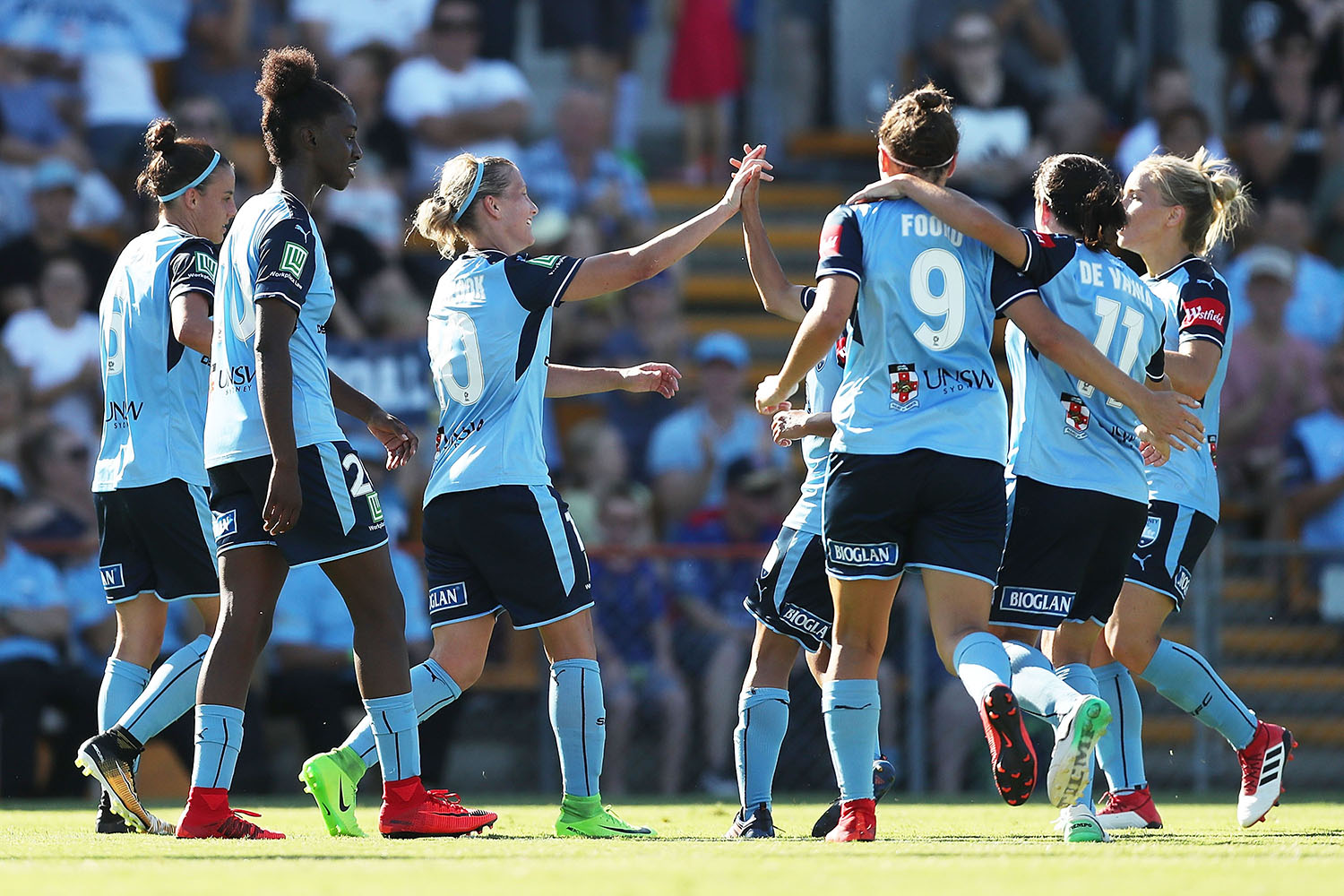 Ante Juric: “We’ve done it the hard way all year so why not another game. We’re obviously extremely proud and happy that we got through,” Juric said.

“We’ve got a lot to work on, but again to get into the Grand Final after such a difficult start to the season is great credit to the girls.” 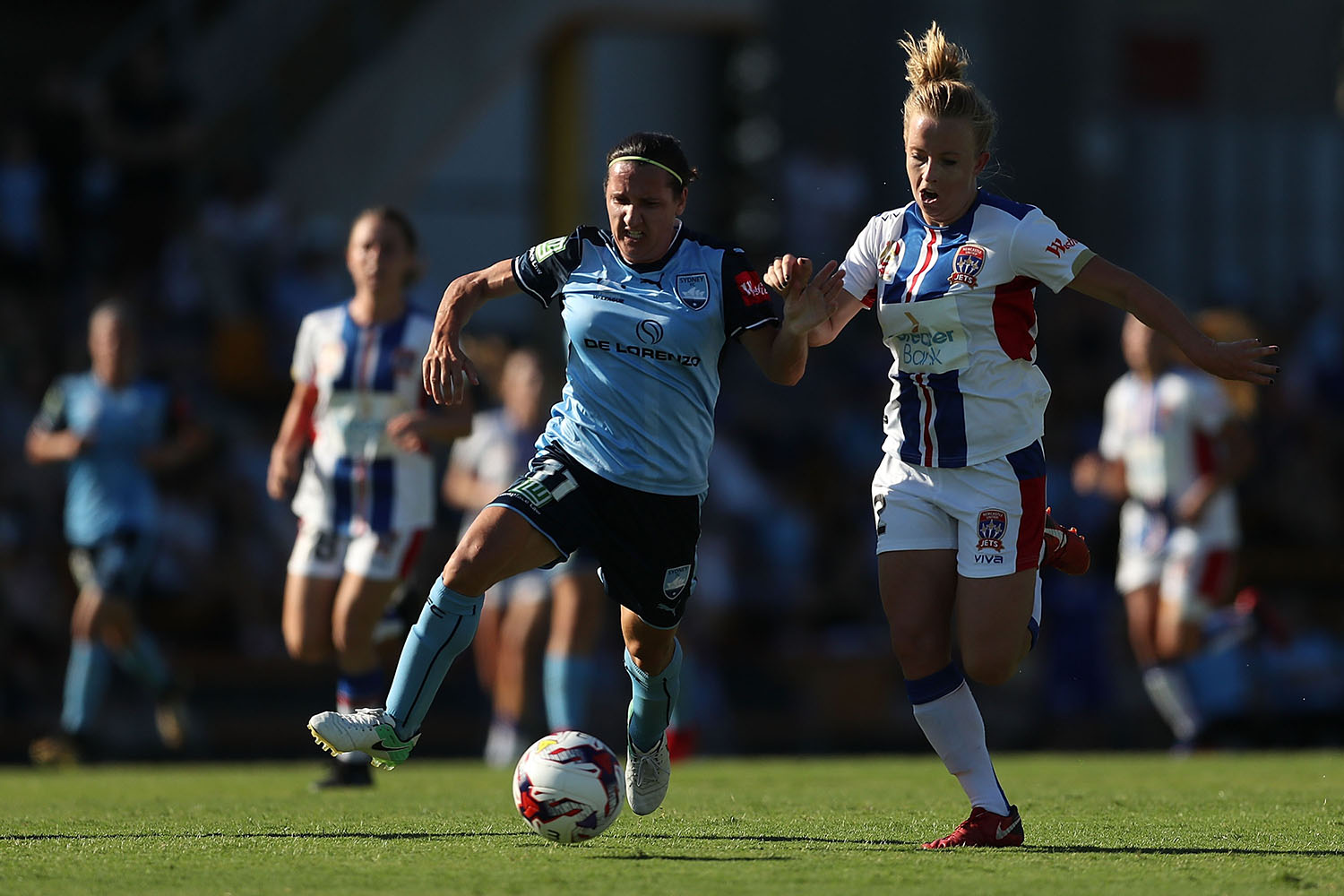 9’ FOORD: A goal for Sydney’s number nine in the ninth minute of the game. A quick turnover of possession in the Sky Blues’ half allows De Vanna to play Foord in with a delightfully measured through ball. Foord twists and turns pasts the Jets defenders, powering into the penalty area and smashing the ball past Eckerstrom.

35’ LEDBROOK: The Sky Blues strengthen their hold on the game thanks to a fabulous strike from Ledbrook. The goal came after an extended period of Sydney FC pressure, with the Sky Blues probing the Jets defence for weak points. Ibini teed up Ledbrook on the edge of the area and Sydney FC’s number ten’s strike nestled into the top corner of the net.

53’ GILLILAND: A corner is floated in towards the back post and Gilliland rises highest to power her header past Bledsoe and into the net.

90+2’ ANDREWS: Late drama as Andrews capitalises on a scramble in the Sydney FC box to fire the ball into the roof of the net and send the game into extra time.

97’ DE VANNA: Bledsoe claims the ball from a corner and immediately releases Sonnett on the counter. The USA international defender carries the ball forward at pace, eventually slipping De Vanna in one-on-one, with the Matildas striker making no mistake with her precise finish. 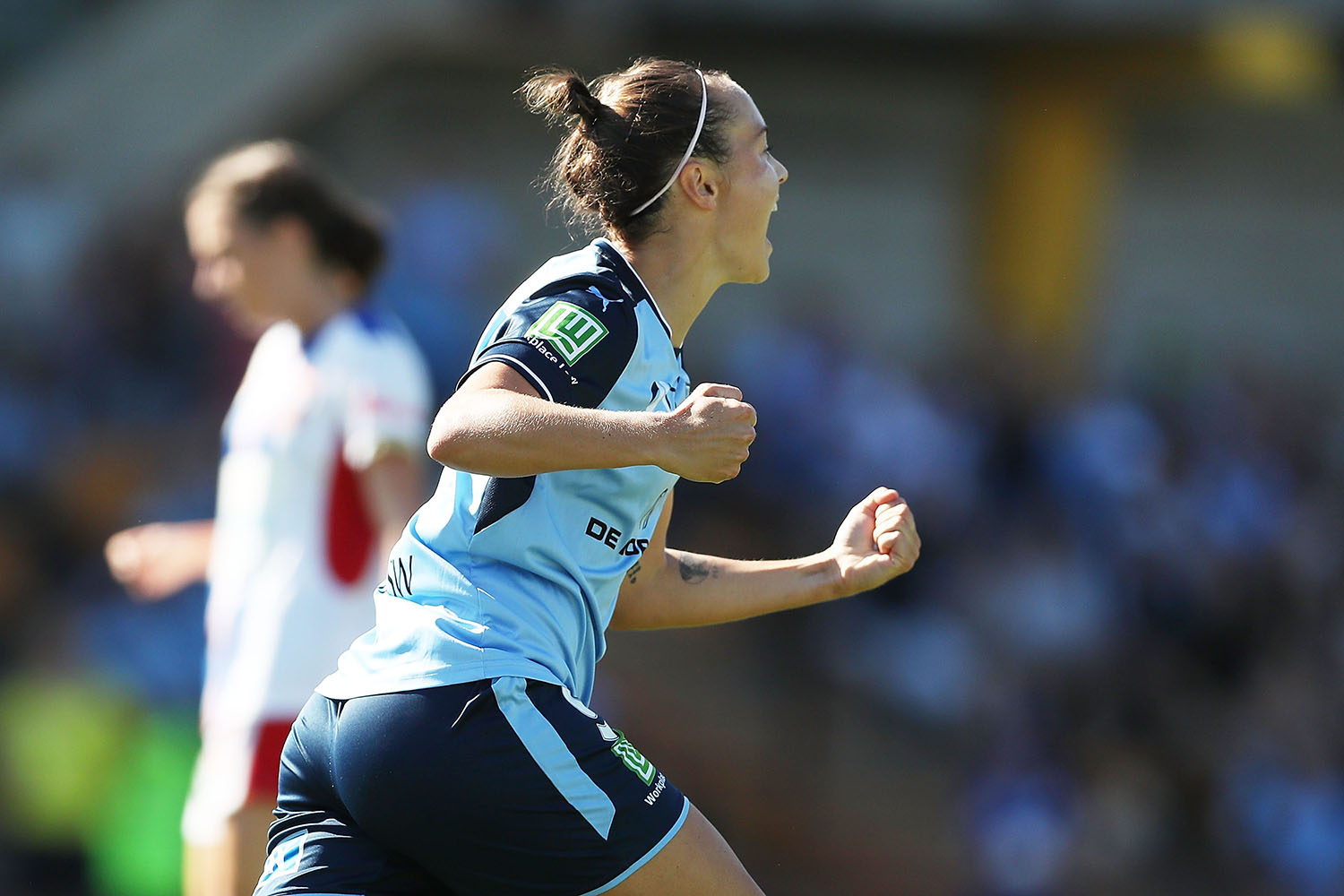 3’ COOPER BREAKS INTO BOX: De Vanna turns a couple of Jets defenders and releases Cooper into space down the left. The Sky Blues’ full back breaks into the box but her cross is deflected out of play.

6’ VAN EGMOND EFFORT: Newcastle captain Van Egmond picks the ball up just outside Sydney’s penalty area and has a crack at goal, with her powerful effort whistling just over the bar.

24’ PING-PONG IN THE JETS BOX: Yeoman-Dale does well to break free down the right flank and crosses the ball towards the penalty spot. It strikes a number of players before eventually falling to Logarzo but she is unable to wrap her foot around the ball.

31’ LEDBROOK SMASHES IT: Logarzo and Ibini combine beautifully down the right flank, the latter taking her time to measure a cutback into the box. A Newcastle defender intercepts the cross, but the ball drops favourably to Ledbrook around the penalty spot. She smashes her shot at goal but Eckerstrom gets two strong hands behind it and punches clear.

33’ FOORD LOOKING LIVELY: Foord shrugs off the attention of her marker before firing the ball across goal, Davis is lucky not to turn the ball into her own net with her clearance.

45+1’ BREWER RED: De Vanna makes use of her quick feet and electric speed to get in on goal. Just as she is looking to pull the trigger she is brought down by Brewer with the Jet’s defender seeing red.

72’ KHAMIS STUMBLES: Siemsen plays Khamis in on goal but the Sky Blue forward appears to stumble just as she is preparing to square the ball across goal and the play is picked up by the Jets

79’ LOGARZO ON THE TURN: The Sky Blue’s stretch the Jets defence once again as De Vanna pings the ball into Logarzo. Sydney FC’s number six executes a sharp turn and gets a good strike off but its directed straight at the goalkeeper.

90’ DE VANNA CHIP: De Vanna breaks into the jets penalty area and attempts a delicate lob into the top corner that goes just wide of the upright.

94’: VIGNES FIRES IT ACROSS GOAL: The young Sky Blues midfielder outwits her marker and whips a low cross across the face of goal but no one is on hand to turn the ball in.

96’ BLEDSOE FINGERTIP SAVE: Stengel tries to bend it from outside the Sky Blues’ penalty area and Bledsoe does well to get across and tip the ball wide for a corner.

105’ DE VANNA DENIED: The Sky Blues’ goalscorer tries to get her second goal of the night and thereby wrap up the game but Eckerstrom makes a timely intervention on the Jets behalf.

107’ SIEMSEN CLOSE: This time its Siemsen’s turn to test Eckerstrom one-on-one, but the ball runs away from her and the goalkeeper is able to gather it in. 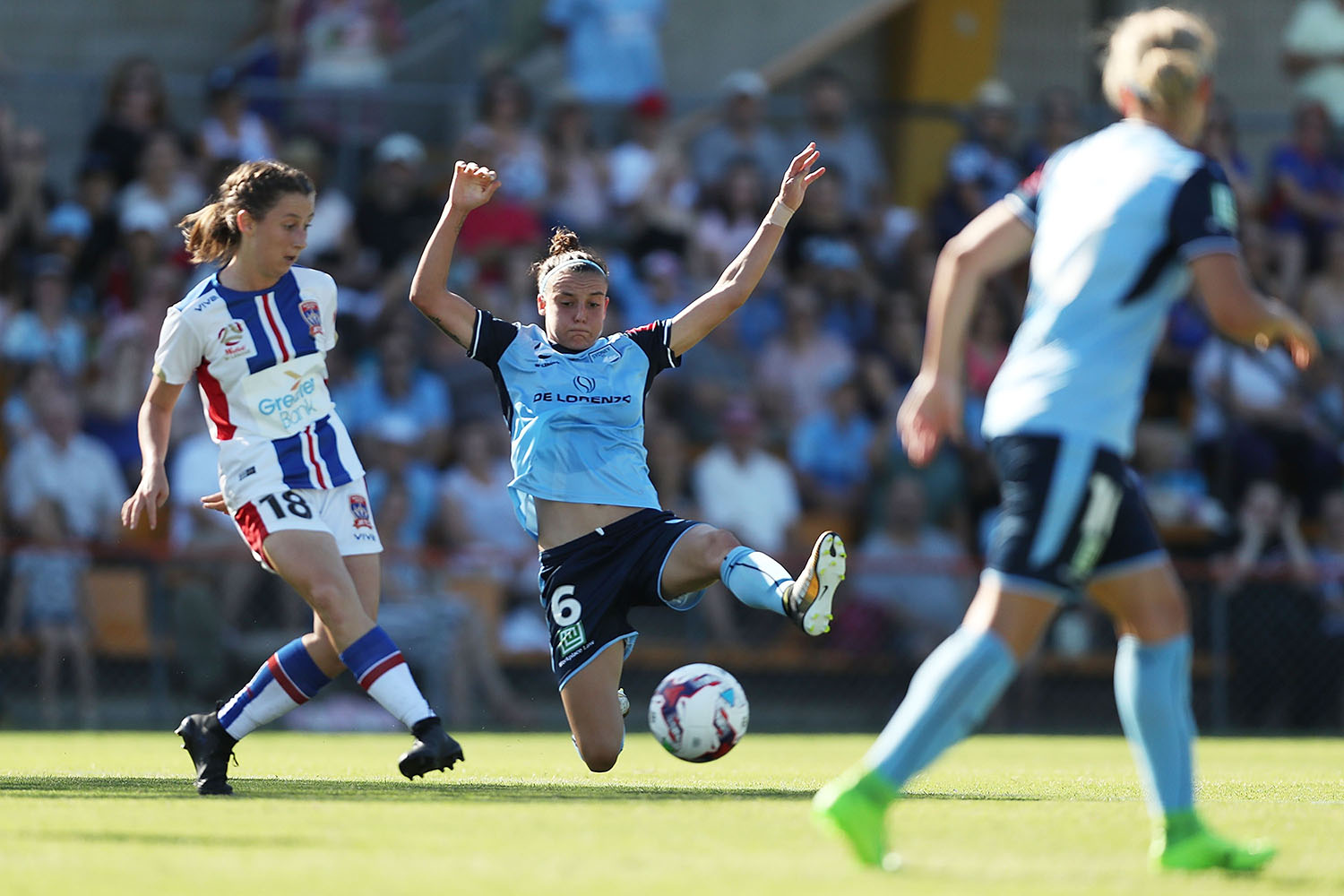 Princess Ibini returns to the starting eleven at the expense of Remy Siemsen. Julia Vignes and Rachael Soutar also come into the match day squad looking to make an impact from the substitutes bench.