Sydney FC have extended their unbeaten start to the Hyundai A-League season to 19 games with a comfortable 3-1 win over the Wellington Phoenix tonight.

Sydney FC have extended their unbeaten start to the Hyundai A-League season to 19 games with a comfortable 3-1 win over the Wellington Phoenix tonight.

The Sky Blues continued to produce their irresistible brand of football which now sees them 12 points clear at the top of the Hyundai A-League.

A header from Rhyan Grant broke the deadlock just three minutes into the match, before Bobô doubled the home side’s lead midway through the first half with one of the goals of the season.

Alex Rodriguez halved the deficit for the visitors just after the half-hour mark, but Milos Ninkovic’s brilliant finish 10 minutes into the second half proved enough to seal the win for the table-toppers.

Graham Arnold’s men are one game away from equalling the best every start to a season in Australian football history. 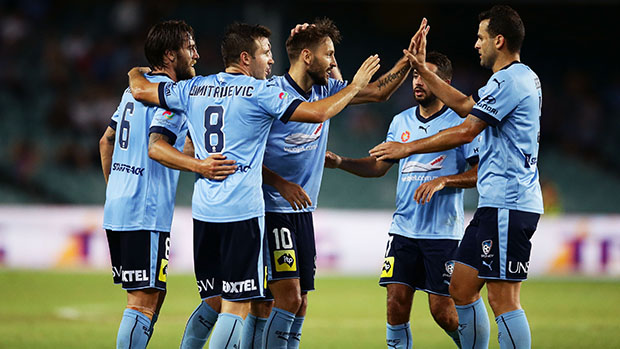 Graham Arnold: “It was a fantastic performance, the first half especially was outstanding and that second goal was something like a training drill.

“The front four are getting goals and one day, when they take all of their chances, the scoreline is going to be real heavy.

“Tonight we were clinical and I thought the scoreline could have been much higher.”

3’ GRANT GOAL – Brosque picks out Grant at the far post whose downward header flies past a diving Moss and into the back of the net.

22’ BOBÔ GOAL – A lovely passing move from Sydney frees up space for Grant who delivers a perfect cross to Bobô to make no mistake with the header.

32’ RODRIGUEZ GOAL – Finkler’s curling corner is back-heeled at the near post by Rodriguez.

54’ NINKOVIC GOAL – Ninkovic collects Brillante’s pass in his stride before side footing the ball calmly into the bottom corner. 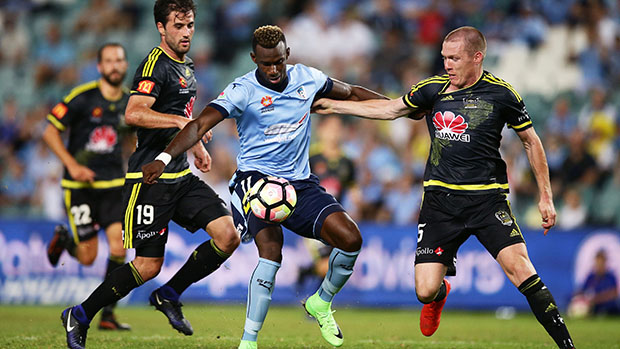 10‘ BRILLANTE CHANCE – Brillante attempts a volley on the edge of the box but fails to generate any power as the ball rolls harmlessly into the hands of Moss.

29’ BROSQUE CHANCE – Bobô finds Brosque inside the box, but his driven shot swings just wide of the far post.

31’ VUKOVIC SAVE – Krishna’s header forces a superb save from Vukovic – his first of the game.

42’ HOLOSKO CHANCE – Another intricate Sydney move finds Holosko inside the box, but his shot is blocked by Moss.

43’ BRILLANTE CHANCE – Brillante hits a thunderous shot from distance that rattles the upright.

49’ BROSQUE CHANCE – Brosque picks up the loose ball and is clean through on goal, but his failure to make proper contact on the shot allows Moss to make the save.

60’ BOBÔ CHANCE – Bobô pursues the flick-on into the box from Ninkovic, but lobs the ball just over the bar.

75’ IBINI CHANCE – Ibini wrestles with the defender for the loose ball before firing a shot that calls Moss into action.

90+1 BOBÔ CHANCE – A curling Buijs free kick is headed just wide of the post by an unmarked Bobô.

Head Coach Graham Arnold made two changes to the side that drew 0-0 against the Brisbane Roar last weekend. Michael Zullo returned to the starting line-up after serving his one match suspension, while Milos Dimitrijevic took the field in place of the suspended Brandon O’Neill. 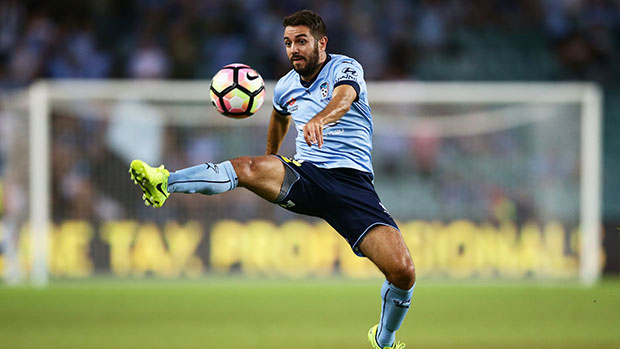