Sydney FC have drawn with their arch rivals Western Sydney Wanderers FC 1-1 in a tight and tense affair at ANZ Stadium.

Sydney FC have drawn with their arch rivals Western Sydney Wanderers FC 1-1 in a tight and tense affair at ANZ Stadium. 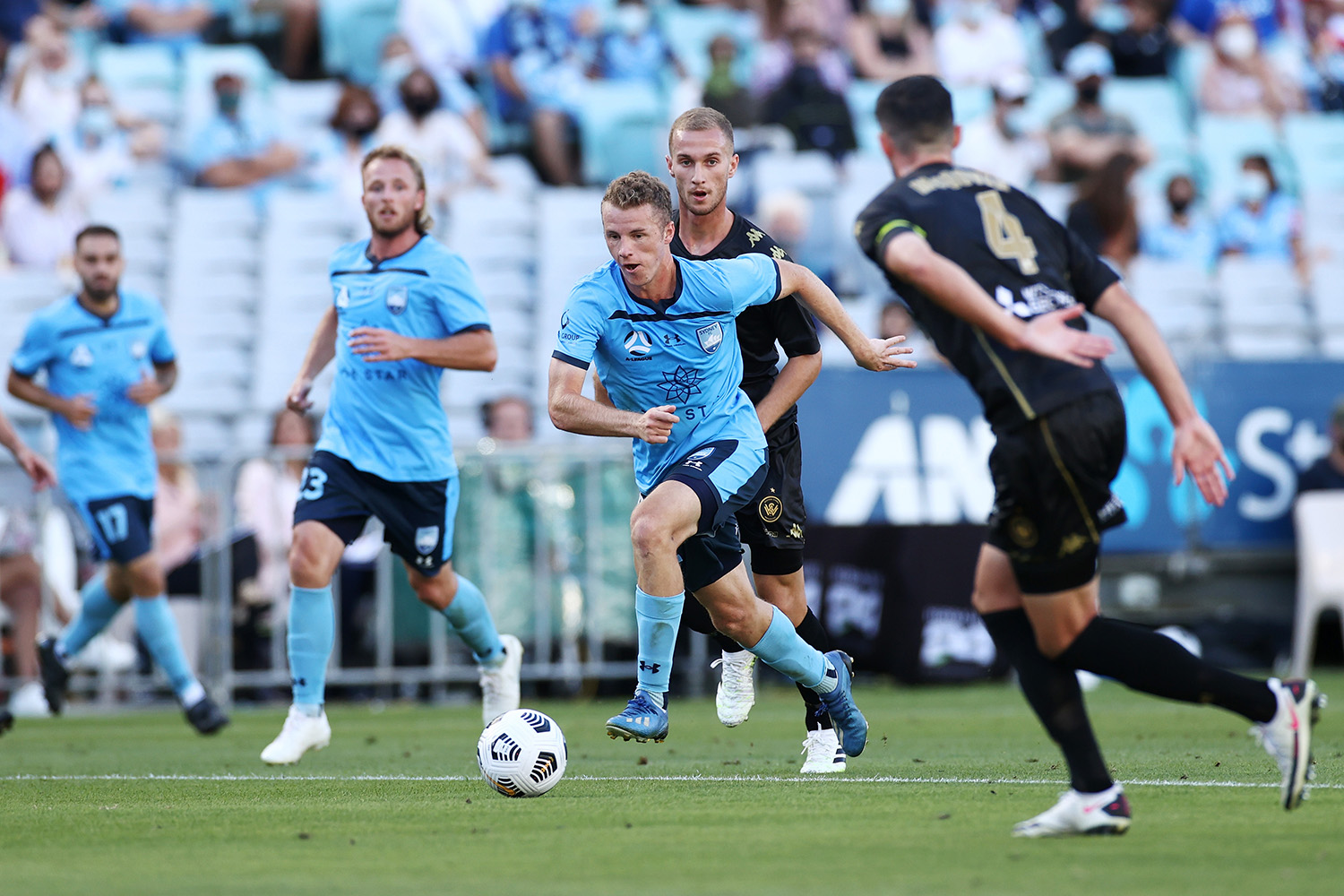 1.  BARBAROUSES CHANCE –  3′ – Ninkovic stands up the the Western Sydney defence and plays in Barbarouses whose close range snap shot is pushed away at the last by Margush.

3.  RETRE CLEARANCE – 12’ – A Western Sydney corner results in a short goal mouth scramble with Retre clearing the ball off the line.

4.  BUHAGIAR OFF THE POST – 30’ – Some lovely hold up and interplay leads to the pacy forward slipping in behind to unleash a thunderous near post effort that rockets off the post.

5.  BARBAROUSES GOAL – 63’ – A promising Sky Blue attack is broken up illegally by Troisi who obstructs a Ninkovic run and a penalty is awarded. Barbarouses steps up and coolly slots the ball to his right into the net.

6.  TROISI GOAL – 68’ – Troisi levels the derby, finishing from close range after being found with a cutback in the box. 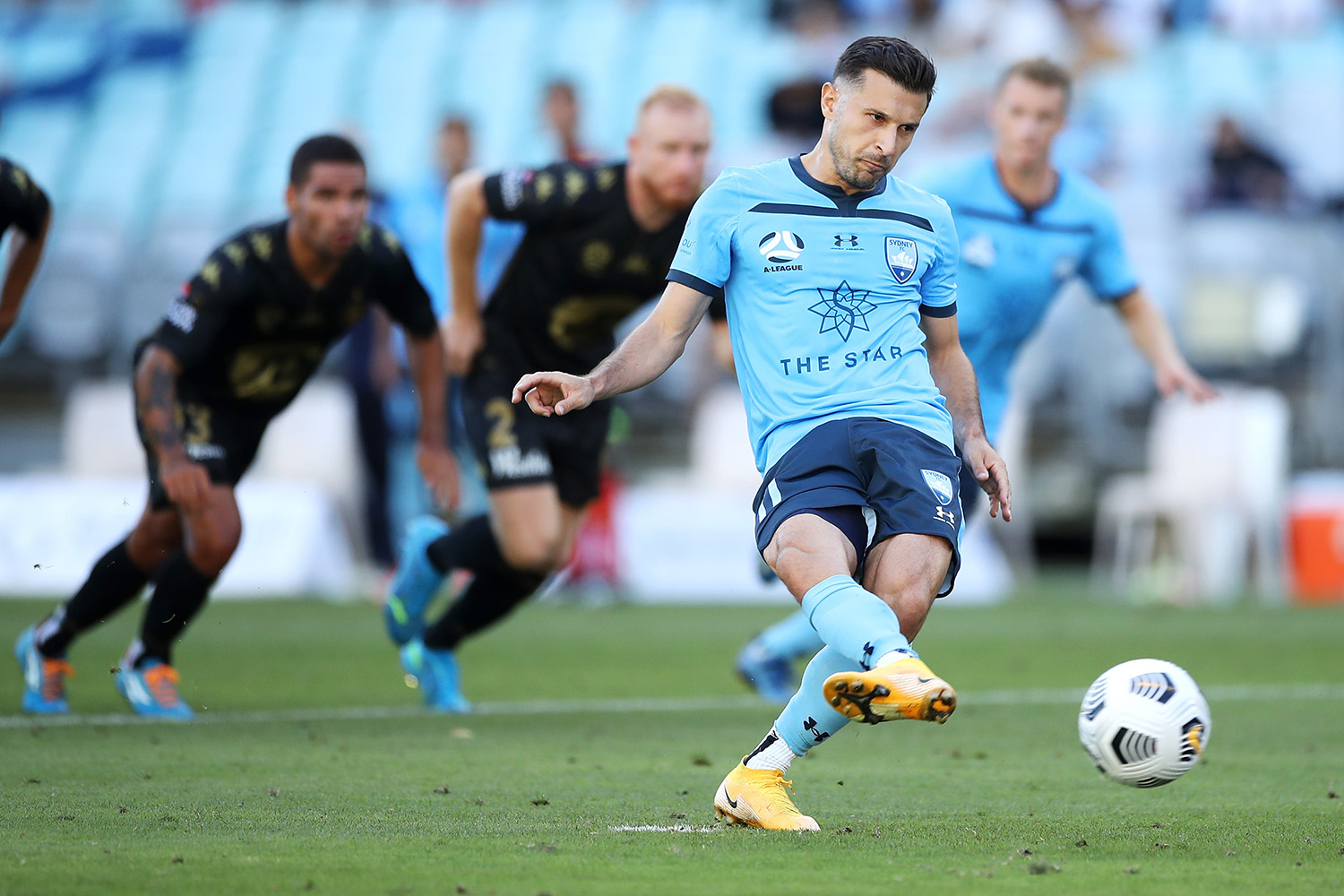 Sydney FC looked to make a quick fire start in the season’s first derby encounter as chances fell to both forwards in Barbarouses and Buhagiar, but they were just denied by a resolute Western Sydney defence.

Buhagiar came close on 30 minutes with a blistering strike from inside the box which cannoned off the post.

The Sky Blues continued to control the proceedings and were rewarded just after the hour when Troisi stepped across the path of an advancing Ninkovic with the official awarding a penalty.

Barbarouses stepped up and calmly slotted the ball past Margush who dove the wrong way, sending Head Coach Steve Corica’s men into a deserved lead.

It was to be short lived however as Troisi amended for his mistake at the opposite end, finishing a cut back to square the ledger in an intensifying Sydney Derby.

Each side pressed in search of a break away goal but it wasn’t to be as the Sydney Derby ended all square in a tight and tense affair. 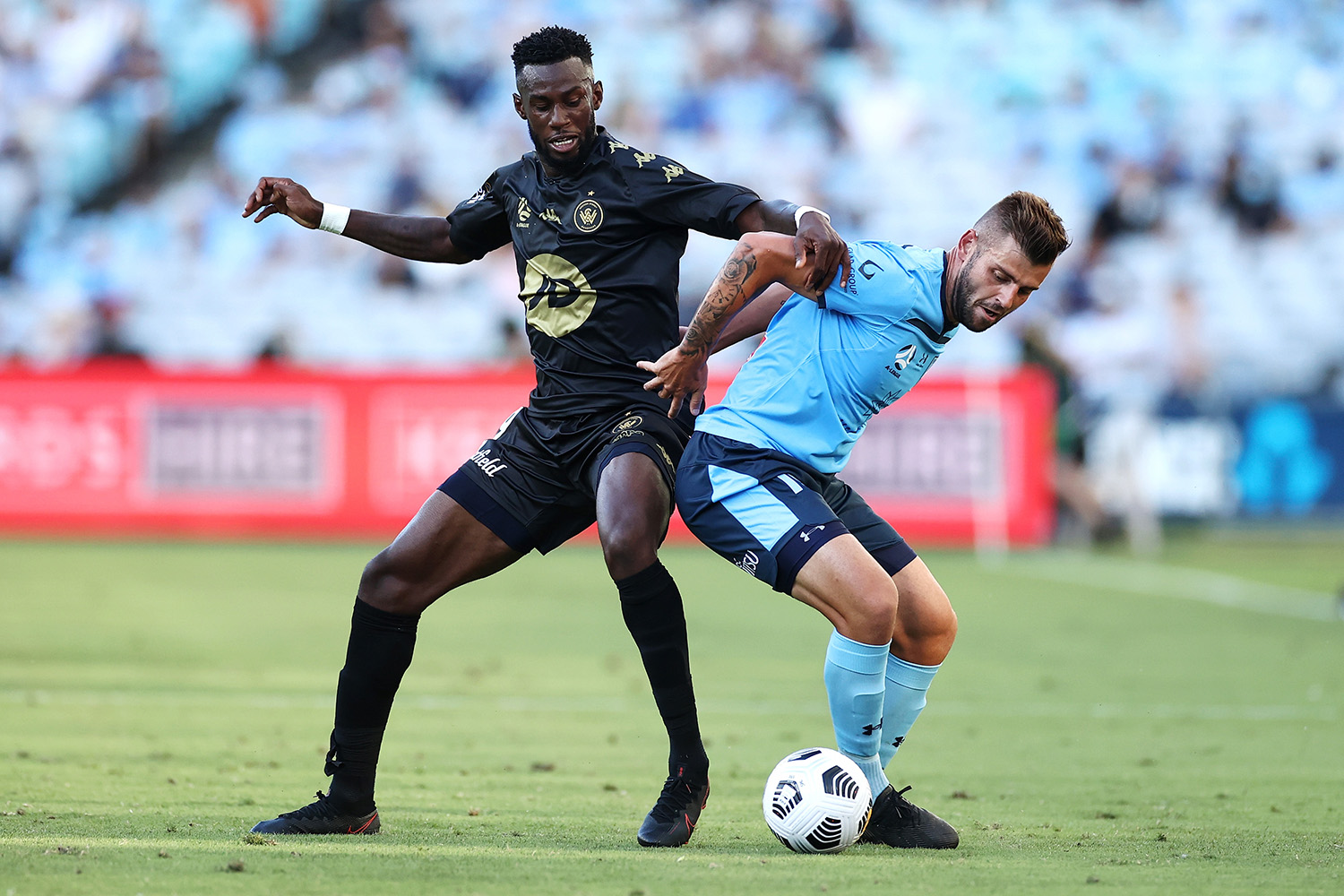 Steve Corica: “I think in the first half we had the better chances.  We should have been up early on in the game, we had two or three very good chances when we could have scored.

“Their goal was disappointing I think we could have defended that better.

“We want momentum and to be playing games each week hopefully that will come very soon.

“With the chances we had we probably deserved three.” 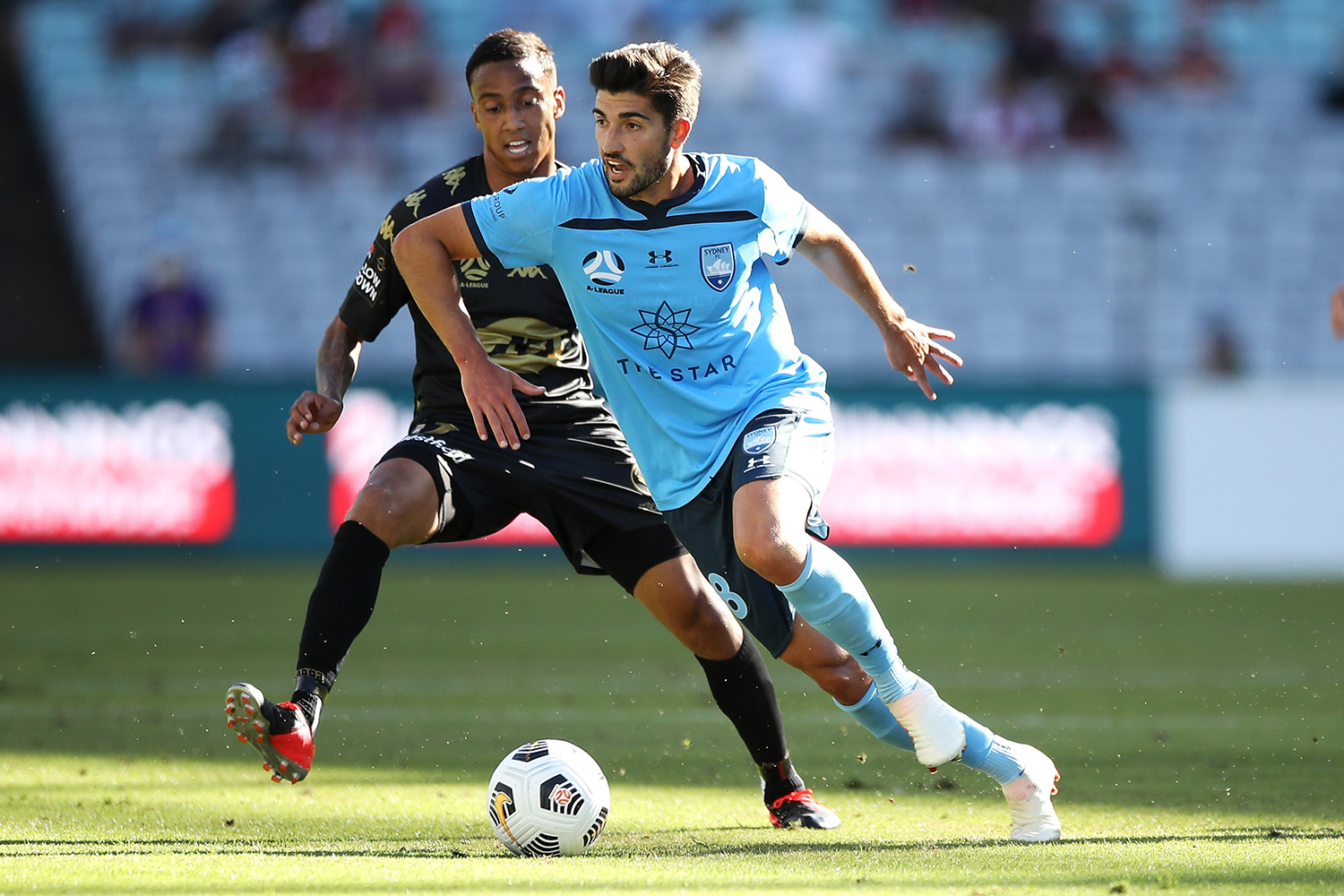