Sydney FC Head Coach Graham Arnold regards his star-studded attack as the most lethal combination the Hyundai A-League has ever seen.

The Sky Blues improved their season tally to 42 goals in 18 games with a come-from-behind 3-1 win away to Melbourne Victory on Friday night.

Bobô scored twice to lead the fightback – in the process breaking Marc Janko’s club record of 16 goals in a season – while Adrian Mierzejewski was also influential.

And with Milos Ninkovic and Alex Brosque complementing that in-form pair, Arnold sees no equals to his quartet.

“The front four I believe is probably the greatest front line in A-League history,” Arnold said at his post-match press conference.

“We know we can score goals and damage teams with our quality.

“When we play to structure and focus more on the football rather than battle and the fight, and we get some fluency, we are such a special team.” 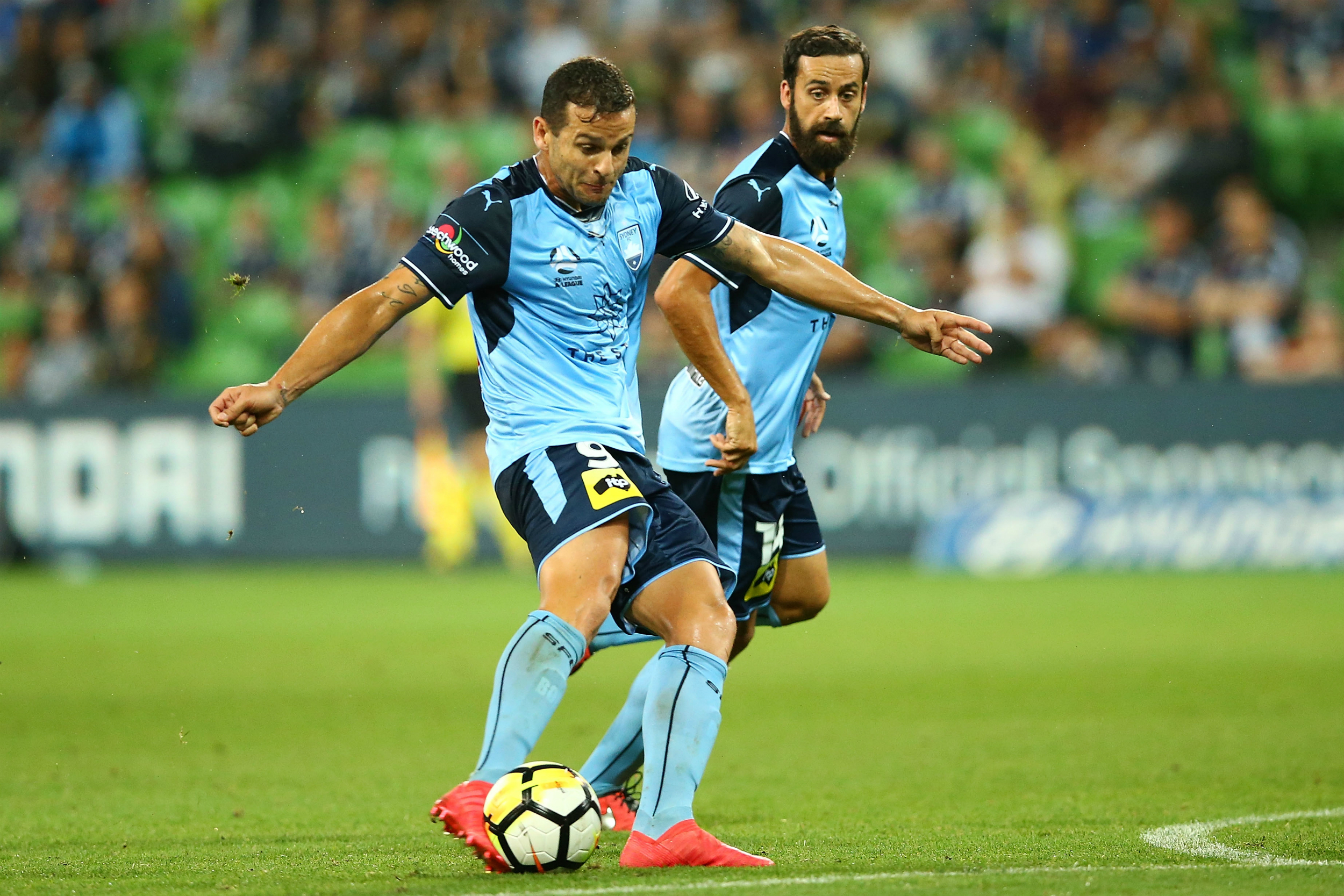 Though the win stretched their lead at the summit to nine points, Arnold was not entirely satisfied with the time it took his team to reach top gear.

“[I was] frustrated a little bit with the first half,” he said.

“I thought in the last 15 minutes of the first half and at the start of the second half we were starting to take control.

“But it took going behind for the boys to put the foot on the throttle.”