Sydney FC youngster Jordi Swibel is still in awe after coming off the bench in the Sky Blues last two games, making his Hyundai A-League debut in the process.

Sydney FC youngster Jordi Swibel is still in awe after coming off the bench in the Sky Blues last two games, making his Hyundai A-League debut in the process.

Swibel, who has been with the club’s youth side for the past few years, stepped up to the Hyundai A-League side this season and still cannot believe his dream of putting on a Sky Blue jersey has finally come true.

“As a young kid it was always my dream to represent Sydney FC,” Swibel said.

“I used to come to the games when I was younger and support the team.

“From being a little kid in the Cove chanting for the team to then be on the other side of the fence playing and having the Cove chant for you is quite a surreal feeling and it hasn’t really sunk in yet,” he added.

“It’s an amazing feeling and I’m very grateful for the opportunity.” 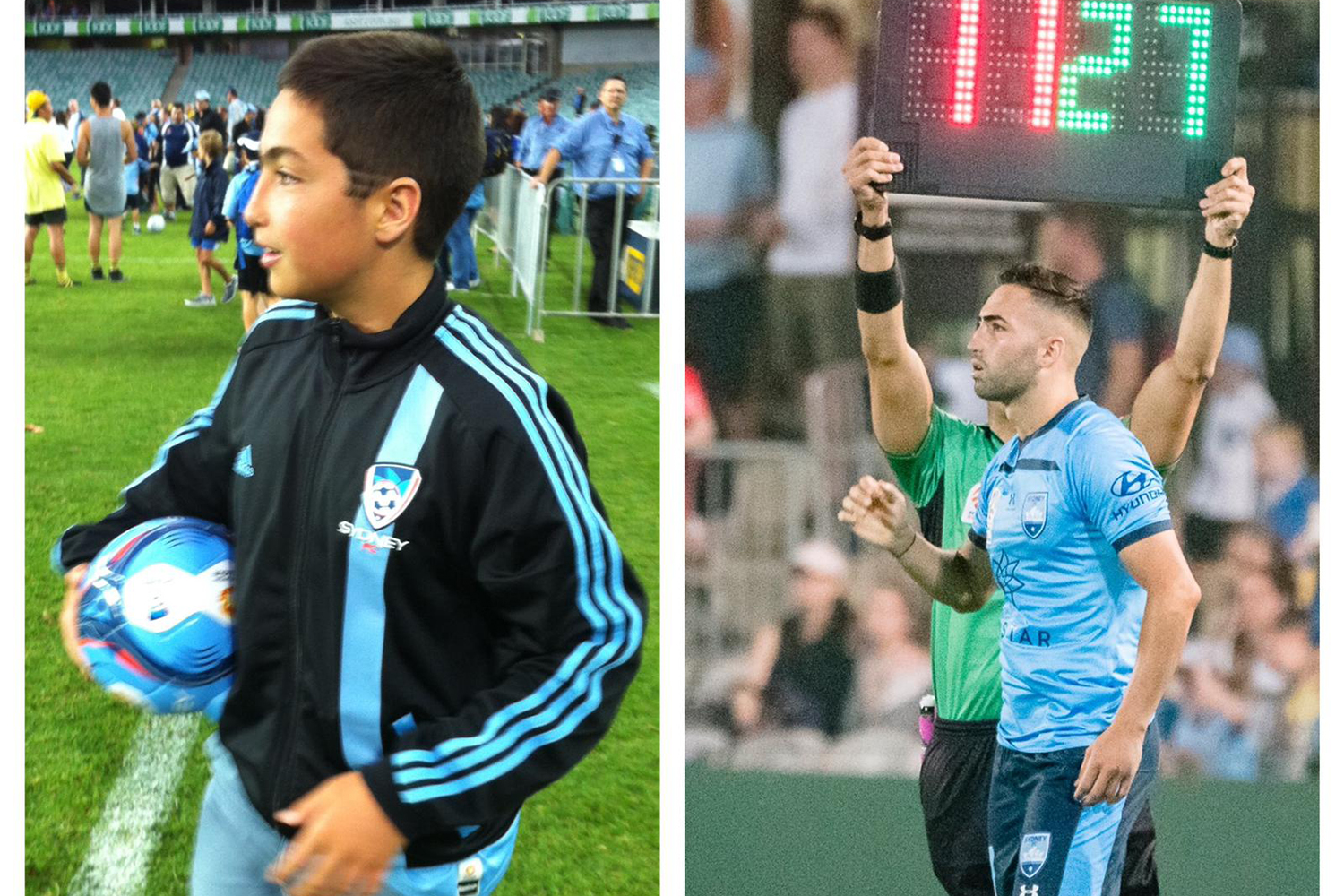 Swibel’s stint off the bench almost resulted in a goal against Adelaide but the striker says he’s there to help out the team when he can.

“The last two weeks have been quite tight games so to come on and have that responsibility I’m really grateful for,” he said.

“I come on and try and do whatever’s required that [Head Coach] Steve [Corica] wants me to do and what the team needs.

“When I do come on I just try and ease the pressure of the boys a little bit but I’m just trying to enjoy as much as possible at the same time.”

Sydney FC play a total of 19 games in the next four months and Swibel wishes to make the most of the busy period to improve his time with the Hyundai A-League team.

“I want to get as many minutes as possible. Obviously there’s a tough period coming up with a lot of games in a short period of time so hopefully I can get my chance and play a few more minutes,” he said.

“And obviously as a striker I want to get on the scoresheet because that’s what I’m there to do.

“I just have to keep working hard, keep training hard and trying to improve every day.”

Sydney FC are next back in action against Melbourne Victory in the #BigBlue at AAMI Park on Friday 24th January (kick off 7:30pm AEDT). Watch on Fox Sports Channel 505, stream on the ‘My Football Live’ app or follow @SydneyFC on Twitter for live updates from the clash.