Sydney FC have secured a Westfield FFA Cup Quarter Final berth for the second time in three years with a strong showing in an after extra time victory over Perth Glory at Dorrien Gardens on Tuesday night.

Sydney FC have secured a Westfield FFA Cup Quarter Final berth for the second time in three years with a strong showing in an after extra time victory over Perth Glory at Dorrien Gardens on Tuesday night.

The Sky Blues created a number of chances throughout the clash, namely through Filip Holosko and David Carney, that tested Glory custodian Liam Reddy, with the shot stopper pulling off a number of saves which preserved the nil all score line for 90 minutes, sending the match into extra time.

Sublime solo strikes in either period of the additional 30 minutes through Serbian midfielder Milos Ninkovic and Alex Brosque, playing his first match back from injury, secured the victory and set up a bumper Quarter Final against PlayStation 4 NPL 1 NSW Men’s outfit Blacktown City FC.

Details for Sydney FC’s Westfield FFA Cup Quarter Final against Blacktown City FC will be announced in the coming days. 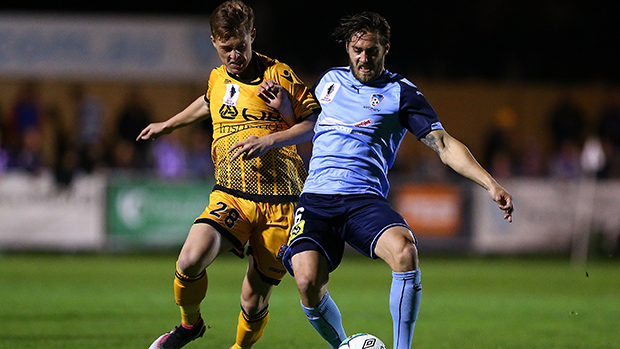 98’ NINKOVIC GOAL – The Sky Blues Serbian midfielder picks the ball up on halfway and carries it forward, bamboozling the Glory defence, before rifling an effort into the top right corner for the opening goal.

113’ BROSQUE GOAL – On his first game back from injury, Sydney FC’s number 14 ensured a Quarter Final berth with an emphatic finish, driving forward with the ball before blasting his shot into the roof of the net from the edge of the area.

15’ HOLOSKO EFFORT SAVED – Filip Holosko breaks down the right and into the penalty area before firing a powerful effort at goal on the angle. Liam Reddy does well to tip the shot around the post for a corner.

23’ HOLOSKO HEADER SAVED – David Carney lofts a free kick into the area which Holosko heads towards the bottom corner, however Reddy is quick to parry the ball away from danger.

54’ ZULLO VOLLEY SAVED – David Carney floats a cross to the far post which is met by Michael Zullo with a vicious volley, however Reddy tips it out for a corner.

65’ REDDY SMOTHERS CHANCE – David Carney picks out Holosko at the far post who heads it across goal into the path of Simon, however Reddy is quick off his line to smother at the feet of the striker.

71’ TAGGART HITS SIDE NETTING – Adam Taggart picks up a loose ball and charges at the Sky Blues defence before curling an effort into the side netting.

85’ BOBÔ SHOT FROM RANGE – Sydney FC’s new international marquee forces Reddy into a low save with a dipping, swerving shot from long range.

95’ BOBÔ SHOT BLOCKED – Milos Ninkovic plays in the Brazilian striker who has his close range shot blocked by Rhys Williams.

117’ GARCIA HITS THE POST – Richard Garcia rattles the woodwork from close range after finding time in the penalty area to get off a shot.

Sydney FC Head Coach Graham Arnold made two changes to the starting lineup that defeated the Wollongong Wolves in the Westfield FFA Cup Round of 32, three weeks prior. Filip Holosko made his first competitive start of the new season on the right hand side of an attacking trio including Milos Ninkovic and David Carney, while Alex Wilkinson slotted next to Sebastian Ryall in the heart of the Sky Blues defence. New International Marquee Bobô featured on the bench alongside the recently re-signed Alex Brosque, with George Blackwood, Bai Antoniou, Charles Lokolingoy and Nicola Kuleski the players absent from the previous round’s squad. 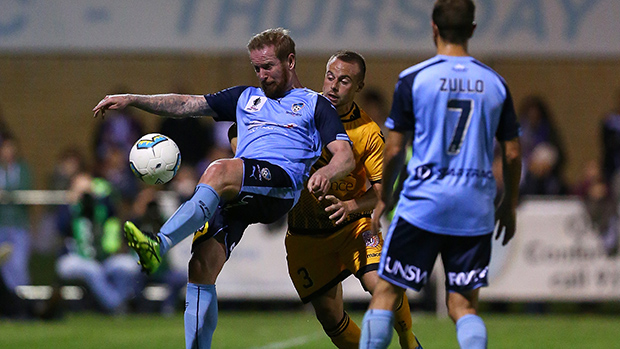