The 23 year old, who starred for the Sky Blues during their record breaking run in the Hyundai A-League 2014/15 season, returns to his home city club following one season at Belgian Champions Brugge.

Ibini who has been capped by the Socceroos twice will link up with his Sky Blues team mates tomorrow and says he can’t wait to pull on the Sydney FC jersey again.

“I’m excited to be home and can’t wait to be back out in front of Sydney FC’s great fans,” said the pacy forward.

“I played some of the best football of my career the last time I was here and I’m confident I can do the same this time.

“Unfortunately injury cut short my season in Europe last year but with the facilities and quality of the medical staff at Sydney FC I’ll be ready to go in round one,” he continued.

“We had a great run during my last season here and there’s no reason why we can’t repeat that with the quality in our squad this year.” 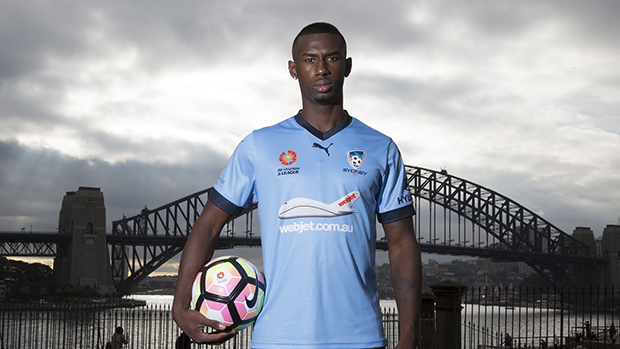 Head Coach Graham Arnold said he was delighted to bring Ibini back to the Hyundai A-League and is happy with how his squad changes are progressing.

“I think everyone is well aware of what a great talent Bernie Ibini is and how highly I rate him,” he said.

“He is quick, has a great football brain and plays quality attacking football. He also has a fearsome shot and I know opposition defences do not enjoy playing against him.

“I’m excited by the changes we have made to the squad so far this year and we are looking strong.  With a couple more signings I think we’ll be in a very good position come round one.

“Bernie was a big part of the Sydney FC side who reached a record number of points and goals in my first season at the club and his quality will only add to the talent we have here.

“He will be a huge asset to the club and it’s fantastic for the Hyundai A-League to have him back in the competition.”

Ibini has played 28 times in the Hyundai A-League for the Sky Blues scoring seven goals and also made two FFA Cup appearances.