New to the Sky Blues for season 2016/17, and already stamping his authority on the Hyundai A-League, get to know Sydney FC midfielder Josh Brillante.

Three people you’d invite over for a party? 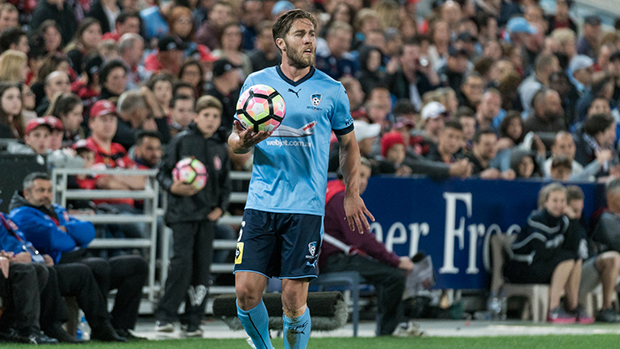 Can you cook? What’s your specialty?

My specialty is homemade crumbed veal with mash potato and a delicious salad.

I’d go to an island away from reality to relax.

Which actor would play you in a movie?

Not sure who’d play me, I’d probably be portrayed like Chewbacca in Star Wars.

Who’s your biggest inspiration and why?

Not someone, but a story I once heard. This story is about Jim Carrey and how he went from no real work to who he is today. He wrote on a cheque “10 million dollars” and kept it in his wallet, working towards that target, until he got paid that amount a few years later for making the movie Dumb and Dumber. That’s always showed me to set goals and aim for them.

Always have pasta for lunch and listen to music on the trip to the game. It’s a pretty simple routine becuase I don’t have any pre-game superstitions.