Sydney FC defender Georgia Yeoman-Dale says she relished her first appearance back for the Matilidas following a spell out through injury in the 2-1 win over Brazil on Saturday at Penrith.

With the team back in action against the same opponents tonight in Newcastle, Yeoman-Dale is confident of another good result but isn’t taking one of the worlds best lightly.

“The vibes been really good in the camp from the beginning and after the win on the weekend,” she said.

“It’s great to be backing up wins and it instills confidence when we’re doing it against the best in the world.

“We’re not going to underestimate Brazil, they always want win but if we stick to our game-plan, we know what we can do.”

On a personal note for the young defender, it’s been an ‘amazing experience’ coming back into the squad and playing football after a long layoff with an ankle injury, and the sell-out crowd only magnified this.

“It’s amazing to be back and was unexpected given how well the girls did over in the tournament in the states,” she said.

“To see a full stadium for a Matildas game shows how far we’ve come and the success of the squad recently has come at a great time. It was the biggest crowd I’ve played in front of.” 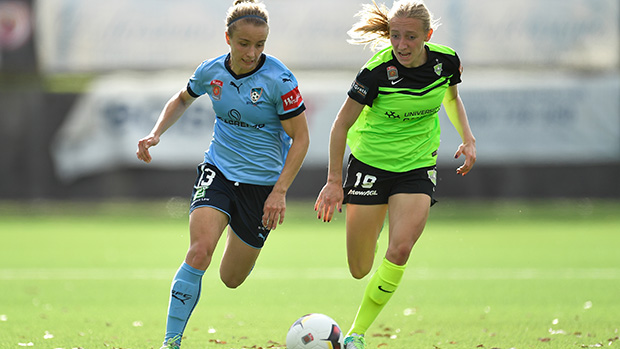 Although admittedly always looking to play as many minutes as she can, Yeoman-Dale said she’s happy working hard in camp and enjoying the experience.

“It was great to get the last three minutes on the pitch,” Yeoman-Dale said.

“I’m working hard in training everyday and my injury isn’t giving me any problems. The squad is very competitive and whatever the team needs is the most important.”

With the W-League starting in just over a month on 27th of October against Brisbane Roar at home, Georgia can already see the makings of a great season.

“I’m really excited for the start of the season. The team is coming together well and there’s nothing but positive signs,” the defender said.

“On a personal level, I just want to improve every game and gain consistency.

“Sydney is a club that always strives for success – seeing the season the men’s team had, it’s our aim to join them there at the top of our league.”