Sydney FC is within one win of being the first Hyundai A-League club to win back-to-back Premierships after tonight’s win aver the Central Coast Mariners.

Sydney FC is within one win of being the first Hyundai A-League club to win back-to-back Premierships after tonight’s win over the Central Coast Mariners.

The Sky Blues took the lead around the half hour mark through a Ninkovic header but Central Coast managed to equalise with a rare shot late on.

It looked as though Arnie’s men would have to settle for a draw but former Mariner Matt Simon had other ideas.

Retre got his second assist, floating the ball to the back post for the big centre forward to head home with a low diving header.

Sydney FC can win the league next Thursday away to Perth Glory for the second season in succession.

Two points will make mathematically certain of another piece of history for the club. 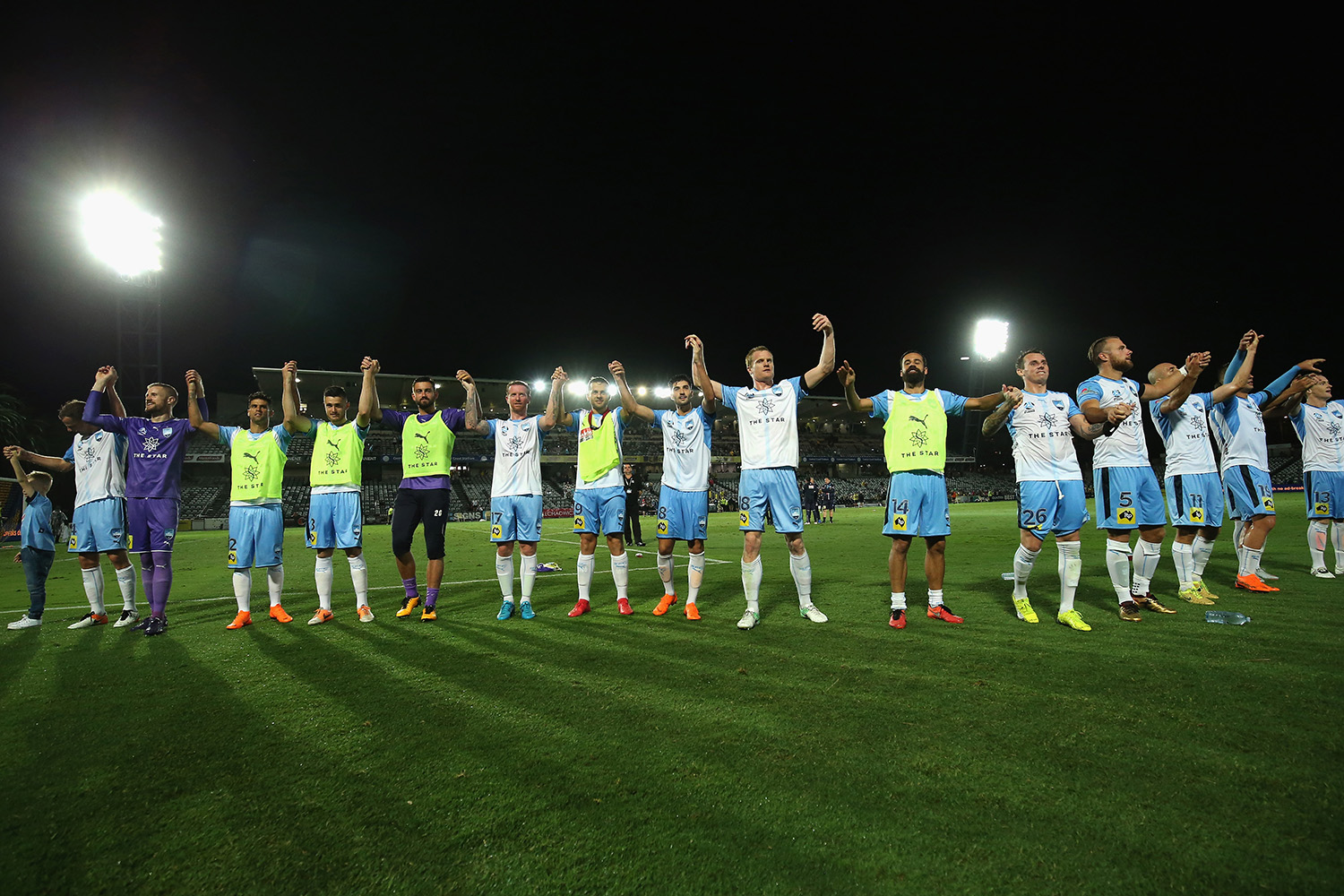 Graham Arnold: “The most important thing was the 3 points, the win. The other 9 teams are trying to stop us from making history and we’re one point away from it.

“When you sit back and look at the reality, the reality is we’re 8 clear, scored 57 goals and conceded 20 I think that’s a pretty good season. We’ll continue along those ways. After a couple of losses, these boys aren’t used to losing, I had a lot of work this week to clear the mess out of the boys brains and to focus them on the reality.

“At the end of the day, the 3 points is the most important thing. Mariners gave a huge performance and I thought for the first 60 minutes we were great. The last 30 we got tired, but overall Matty Simon, it’s just deserved for the guy, he knows his role for the team and for him to come on and score that is a great reward for him.”

Paulo Retre: “On another day, we get hard done by but God bless the ball found the net.” 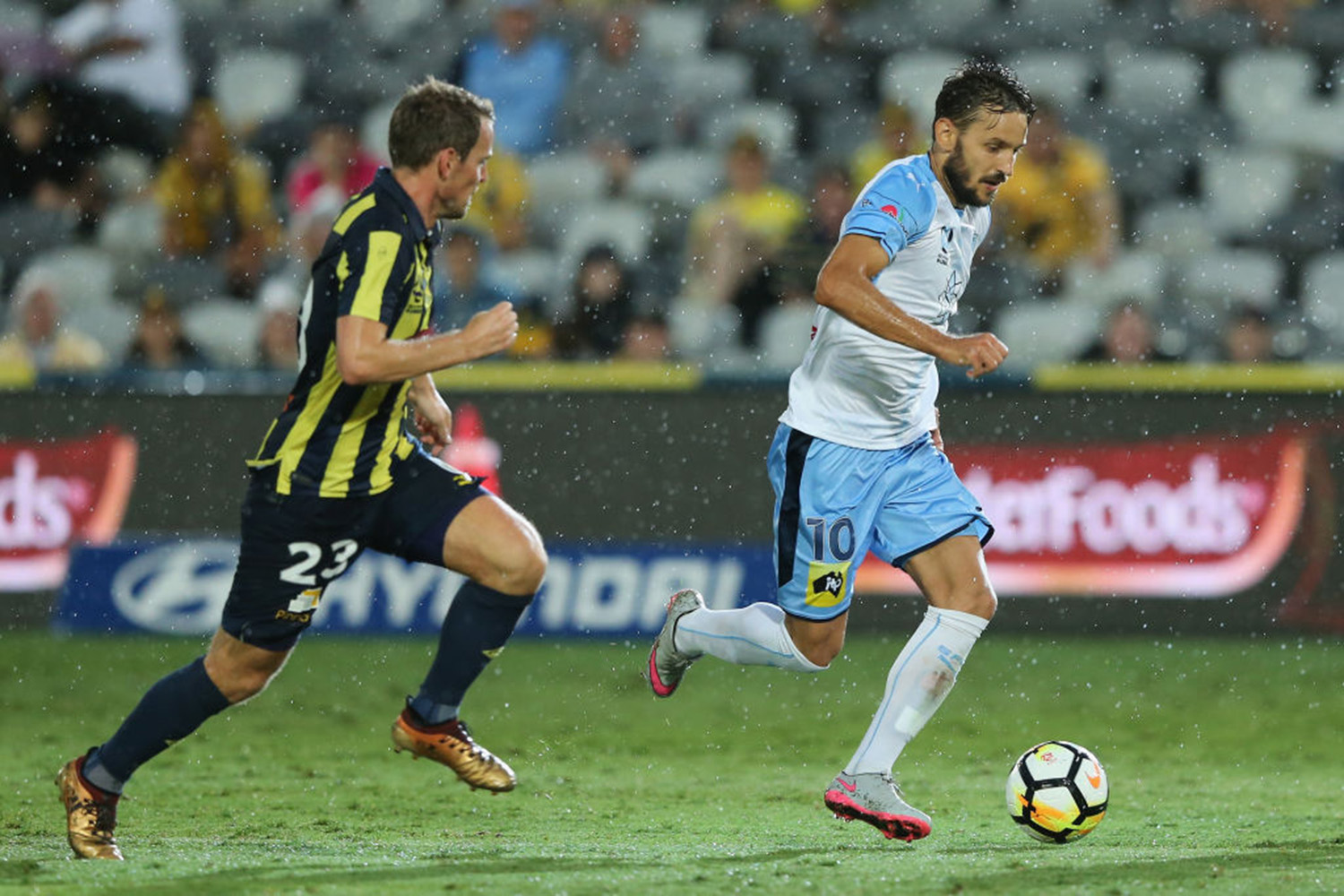 32’ DIVING HEADER FROM NINKOVIC – Retre whips in a perfect cross to pick out Milos who makes no mistake with his header finding the net from close in.

82’ GOAL MCGING – Brama drives a ball to the back post for McGing to tap in from close range.

90+3’ THE WIZARD AT THE DEATH! – The Wizard of Woy Woy Matty Simon snatches victory at the death following another great assist to the back post from Retre, with the towering striker diving to head home.

24’ CHANCE FOR BOBÔ  – A great ball through from Retre releases the Golden Boot leader who fires it a goal but it’s straight into the keeper and cleared.

45+1’ SO CLOSE MIERZEJEWSKI – The ball is held up around the edge of the box before being laid off for Adrian with the Pole’s shot just going wide.

57’ BOBÔ’S SHOT JUST BLOCKED – Ninkovic attacks the back peddling Mariners’ defence before slipping the ball through for the Brazilian who is just closed down in the nick of time.

60’ ALMOST AGAIN SKY BLUES – Ninkovic again at the heart of the attack as he chips the ball through for Brosque who just gets closed out by the keeper. Danger isn’t cleared and Ninkovic again puts in a dangerous ball but it’s finally hooked away.

68’ ONE ON ONE CHANCE BOBÔ – Jordy Buijs drills a beautiful ball through to the Sydney FC no.9 but he can’t direct his one-on-one chance on target. 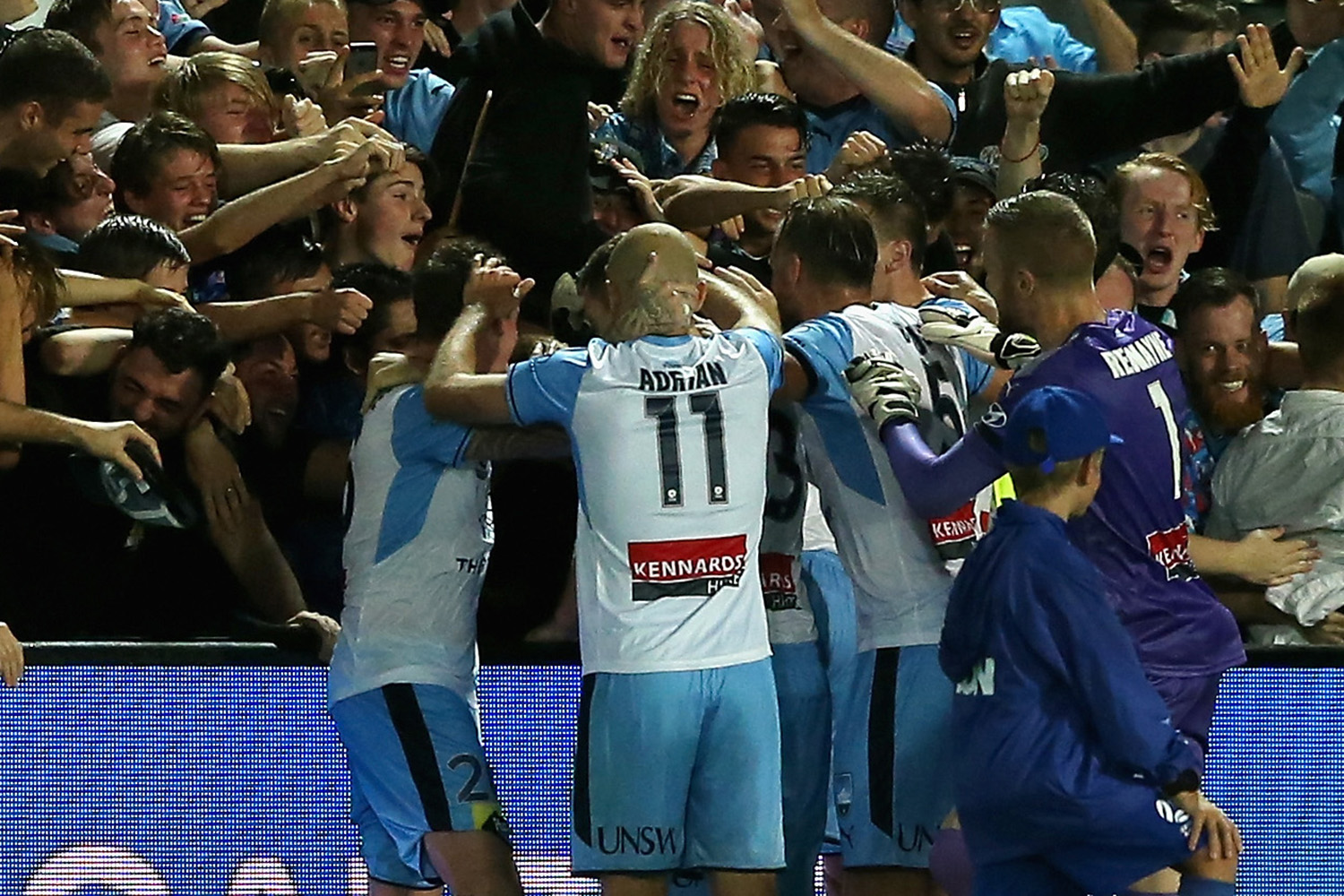