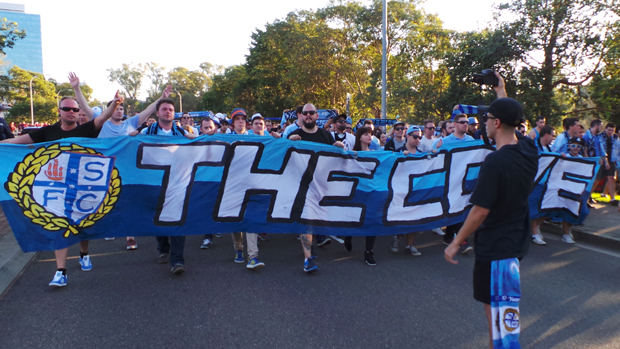 The Sky Blues took a 3-0 first half lead through Marc Janko.  The Austrian striker had claims for the first goal which seemed to bounce in off the shoulder of Ante Covic in the Wanderers goal following Janko’s header, but there was no mistaking his two further strikes.

Sydney FC were then pegged back by the team from the bottom of the ladder as the Wanderers levelled the score through a La Rocca strike and two from new signing Kerem Bulut.

However the tie was settled in the 74th minute when Terry Antonis latched onto a mistake in the Western Sydney defence and secured three points and 4th place on the Hyundai A-League ladder.

Graham Arnold: “It was a crazy game but we showed that we have the quality to win a game like that.

“You’ve got to give full credit to the Wanderers.  They showed what Tony Popovich is made of, a team is always similar to their coach and they fought extremely well.

“When we had Antonis and Smeltz to come on I was always confident of winning the game.  We’ve got some really top footballers at this club and we are a team who can score goals.

“We’ve got a real good team spirit in the dressing room and some gutsy characters and experience in there.”

9’ COVIC OWN GOAL – A corner from the Sydney FC left hand side is curled in to the near post where Marc Janko challenges and heads towards goal.  The ball appears to hit the post and come back off the keeper Covic’s shoulder before going into the net.

17’ JANKO GOAL – Bernie Ibini runs at Golec and takes a shot which is blocked and falls to Naumoff around the left edge of the six yard box.  The youngster tries to force the ball home but it’s blocked again and falls to Janko who sneaks the ball in off the post.

23’ JANKO GOAL – A long ball from Ryall finds the head of Janko who beats his marker.  When the ball drops the striker reacts quickest to fire a side foot pass behind Covic.

32’ LA ROCCA GOAL – A Wanderers free kick is floated to the back post and is won by Hamill who plays the ball back inside the box to La Rocca to hit a first time shot home.

42’ BULUT GOAL – Covic rolls the ball out for a breakaway which ends up with Rukavytska getting behind the defence and squaring the ball to an unmarked Bulut who slots home from six yards.

52’ BULUT GOAL – Bridge flicks the ball into the path of Bulut who hits a 20 yard strike into the bottom corner of the net.

74′ ANTONIS GOAL – Terry Antonis capitalises on a mistake from Hamill who plays a cross into his path. He skips around the defender and slots the ball home past Covic.

16’ JURMAN BLOCK – Castelen takes on Gersbach and gets into the box to cross.  The ball bobbles and falls to Bridge who hits a first time shot which is deflected over the bar by a last ditch tackle from Matt Jurman.

27’ NAUMOFF CHANCE – Brosque takes on the Western Sydney Wanderers defence and beats Covic who has come to the edge of his box.  He lays the ball off to Naumoff who only has the last man Hamill to beat but he puts it wide. 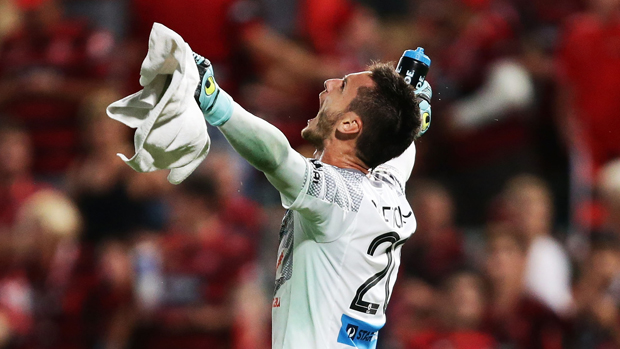 Sydney FC Head Coach Graham Arnold made three changes to the team which lined up against Central Coast Mariners seven days earlier.  Matthew Jurman returned to the heart of the defence in place of Jacques Faty who was left out with a tight hamstring.  Christopher Naumoff also came in on the left of the midfield in place of Terry Antonis who dropped to the bench with captain Alex Brosque filling his place in the number 10 position. Sebastian Ryall returned to right back in replace of Aaron Calver.

Sydney FC’s next home game is against Brisbane Roar on Sunday 15th March at Allianz Stadium (kick off 5pm).  Purchase tickets today or become a Member and ensure you don’t miss a moment of Hyundai A-League action by heading to www.ticketek.com.au/sydneyfc