Sky Blues Will Step It Up Says Arnold

Sydney FC Head Coach Graham Arnold has vowed the Sky Blues will step it up a gear against the Wanderers in Saturday’s third instalment of the #SydneyDerby for season 2016/17 at ANZ Stadium (kick off 7:50pm).

For so long the Sky Blues have been performing at between 60 and 70 percent according to the Sky Blues boss, however Arnold has warned an at least 80% performance will be on display in Saturday’s crunch cross-town encounter.

The Sky Blues are undefeated in all 19 of their Hyundai A-League games to date, and for over three years in the derby, however Arnold is not fazed by records, saying he treats every match the same.

“It’s another game, yeah there will be more passion, but it’s 1 against 7 and we’re 26 points in front and that’s the reality,” Arnold said.

“We’ve just got to go out there, stick to the gameplan, play like we do and believe in what we’re doing and have that belief and trust in each other that we’re going to win the game.

“We don’t worry about what their home record is or what they’re doing, we can only control what we’re doing.

“We’ve got a massive belief in this squad. I’ve been saying it for the last six or seven weeks that we’re only functioning on 60 or 70 percent, but the way the boys have trained this week I can see a big step up tomorrow night.

“The boys will step up to 80 percent tomorrow night or even more. The enthusiasm and intensity in the training sessions, the quality, have been nearly the highest I’ve ever seen coaching in the A-League and that’s all down to the belief of the players.

“I’m expecting a big performance from us tomorrow night,” he continued.

“It’s a process of 27 games, tomorrow is round 20. The most important thing is we prepare and finish off our week well. Tomorrow night it’s the Wanderers and I expect us to win.” 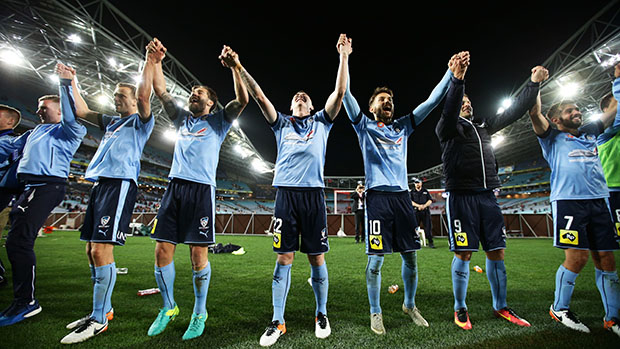 Reflecting on the most recent encounter between the two sides, Arnold said the match was nothing more than a stalemate and that his Sky Blues have thoroughly improved since that Round 15 encounter.

While Arnold hasn’t settled on his lineup for Saturday’s clash, the Sky Blues Head Coach said he wants to make sure each player finishes the season with memories that’ll last a lifetime.

“I analysed the Wanderers over the last four or five weeks and our last game against them and they did well against us last time but that’s history,” Arnold said.

“I thought it was just a stalemate. We both cancelled each other out, but I just think we’ve improved enormously since then.

“Our improvement has obviously been a lot and we’ll get better and better as the season goes.

“I still haven’t decided on my starting lineup for tomorrow night,” he continued. 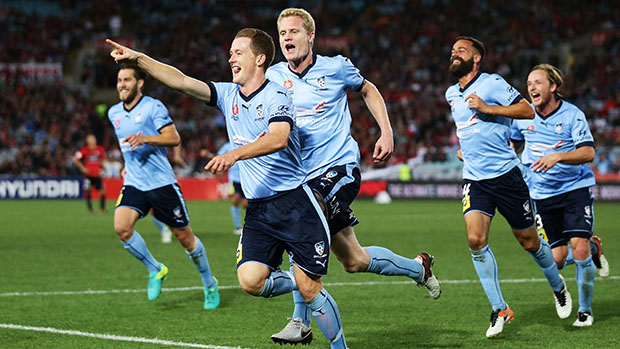 “Brandon O’Neill is back from suspension, everyone is fit and ready to go and everyone wants to play this game. I’ve got 24 hours to think about that.

“The players are pushing themselves every day to get on the pitch and get on the starting lineup. They want to be a part of the big end of the season and that’s the main thing.

“It’s about making those players better individuals and better human beings, and it’s about achieving something that they’ll never forget as a group of people for the rest of their lives.”