Gabe Marzano and Remy Siemsen join the Sky Blues for the new season, and it’s a first for the pair to be plying their trade full time with the Harbour City club.

Marzano joins having most recently played for the Sky Blues’ round one opponents Brisbane Roar, with the striker making 11 appearances and scoring two goals during her sole season in Queensland.

The 24 year old forward is also a member of the PFA Executive Committee and serves in the Australian Defence Force as a Lieutenant with the Royal Australian Engineers in the Army and currently instructing at the School of Military Engineering, Holsworthy.

Marzano said she was pleased to be a part of the Sky Blues for the Westfield W-League 2016/17 season.

“It feels amazing to be joining Sydney FC,” Marzano said.

“The girls have all been really welcoming and I’m excited for the season ahead with such a talented team.

“I’m at a star studded team with Sydney FC, I couldn’t be happier with how everything has panned out and hopefully we can go all the way this season. 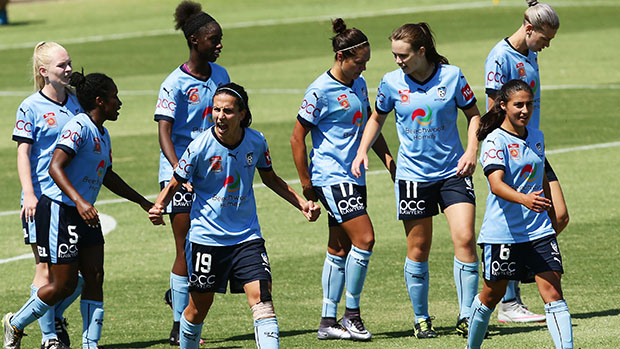 “I just want to have the best season I’ve ever had personally and develop as much as I can under Dan.”

16 year old Siemsen joins Sydney FC after being a member of the Sky Blues’ train on squad for the previous Westfield W-League season.

The young, up and coming forward knows how to find the back of the net, scoring five hatricks during her season with the Manly United U-17 squad in 2015 and most recently notching seven goals in one game for the Young Matildas at the 2016 AFF Championships.

Sydney FC Head Coach Dan Barrett said he was pleased with the two latest additions to his side.

“Remy was identified last season while watching the National Institute play,” he said.

“She displayed a number of Sydney FC qualities by the way she played and went about her game, so we brought her in as a train on last season and since then has earned a call up to the Young Matildas.

“She’s continued to impress myself and all the senior players and she definitely deserves her contract.

“Gabe is a great pick up for us,” he continued.

“She’s got great versatility and can play in a range of different roles. She’s got great athleticism and understanding of the game and provides plenty of competition for places in the squad.”

Sydney FC kick off their Westfield W-League 2016/17 season away to Brisbane Roar at Spencer Park on Saturday 5 November (kick off 5pm). Follow @SydneyFC on Twitter for score updates.