Sydney FC continued their perfect start to the season with a 3-2 win over Wellington Phoenix at Allianz Stadium.

A double for man of the match Bobô and a first ever Sydney FC goal for Michael Zullo made the difference, with goals to Kaluderovic and Vidosic the only consolation for Phoenix.

Graham Arnold’s men created a number of other chances to finish Wellington off but to no avail while former Sky Blue Ali Abbas received a rapturous reception from the Sydney crowd as a second half substitute.

The Sky Blues now prepare for a massive Sydney Derby on Saturday with Western Sydney Wanderers in front of an anticipated packed house. 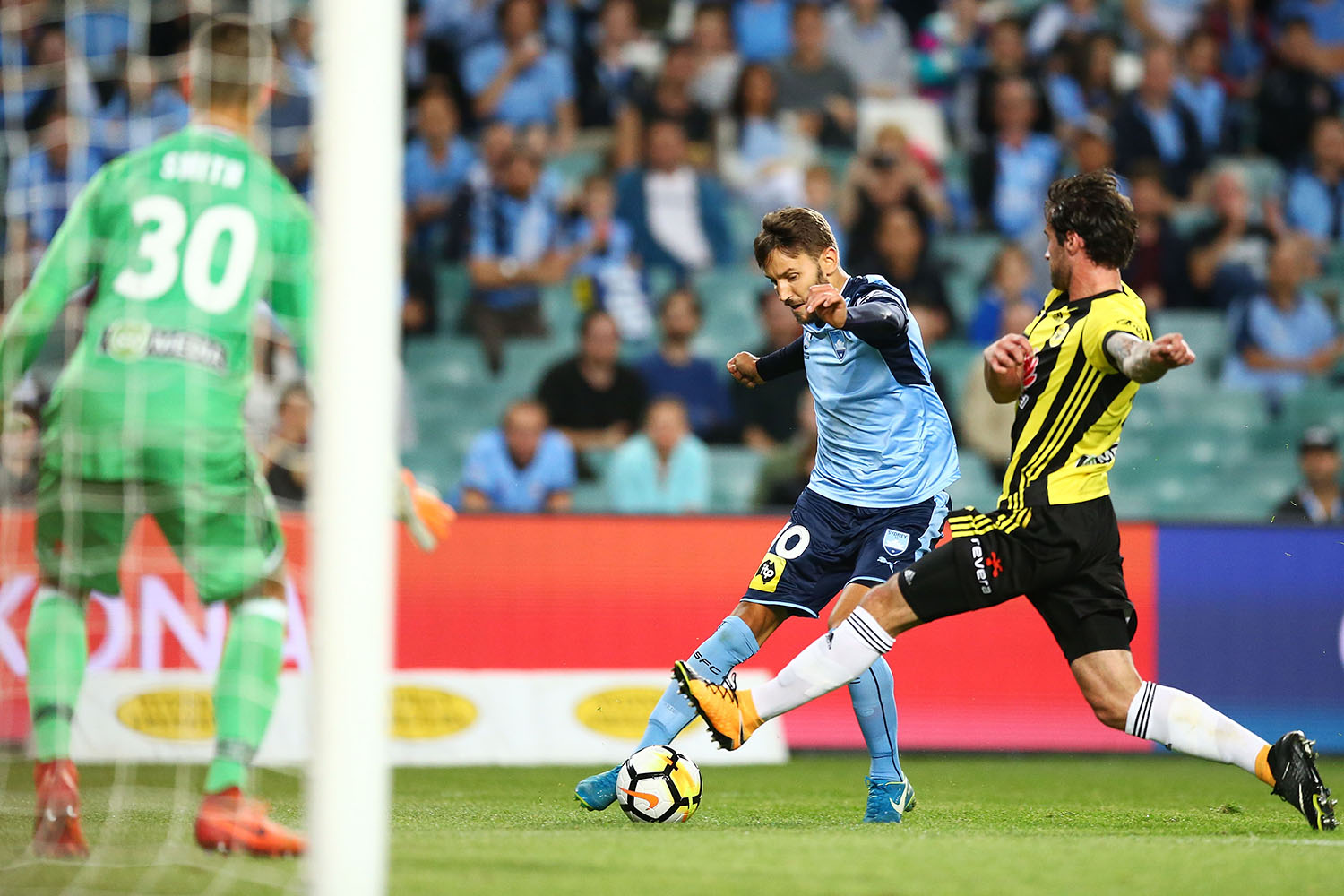 Graham Arnold: “I have to say I’m very proud of the boys for winning three games in one week. It’s not easy playing three games at this stage of the season, but I thought with the ball we were very good and it should have been three or four nil at half time and game over.

“You’ve got to be proud of the effort for what the boys have done but we will get much better. David Carney is playing well, he’s in top shape, I’ve never seen him in better form and I have a lot of faith and trust in him.

“Bobô is fantastic, two great finishes tonight, and he’s leading the front line very well. We’ve got a great home record, we have a lot of belief in this stadium and we believe we’re in top shape. Mentally we’ll freshen up and get ready for next week.

“Derbies are always fantastic and our boys always perform well in the Derbies at Allianz.” 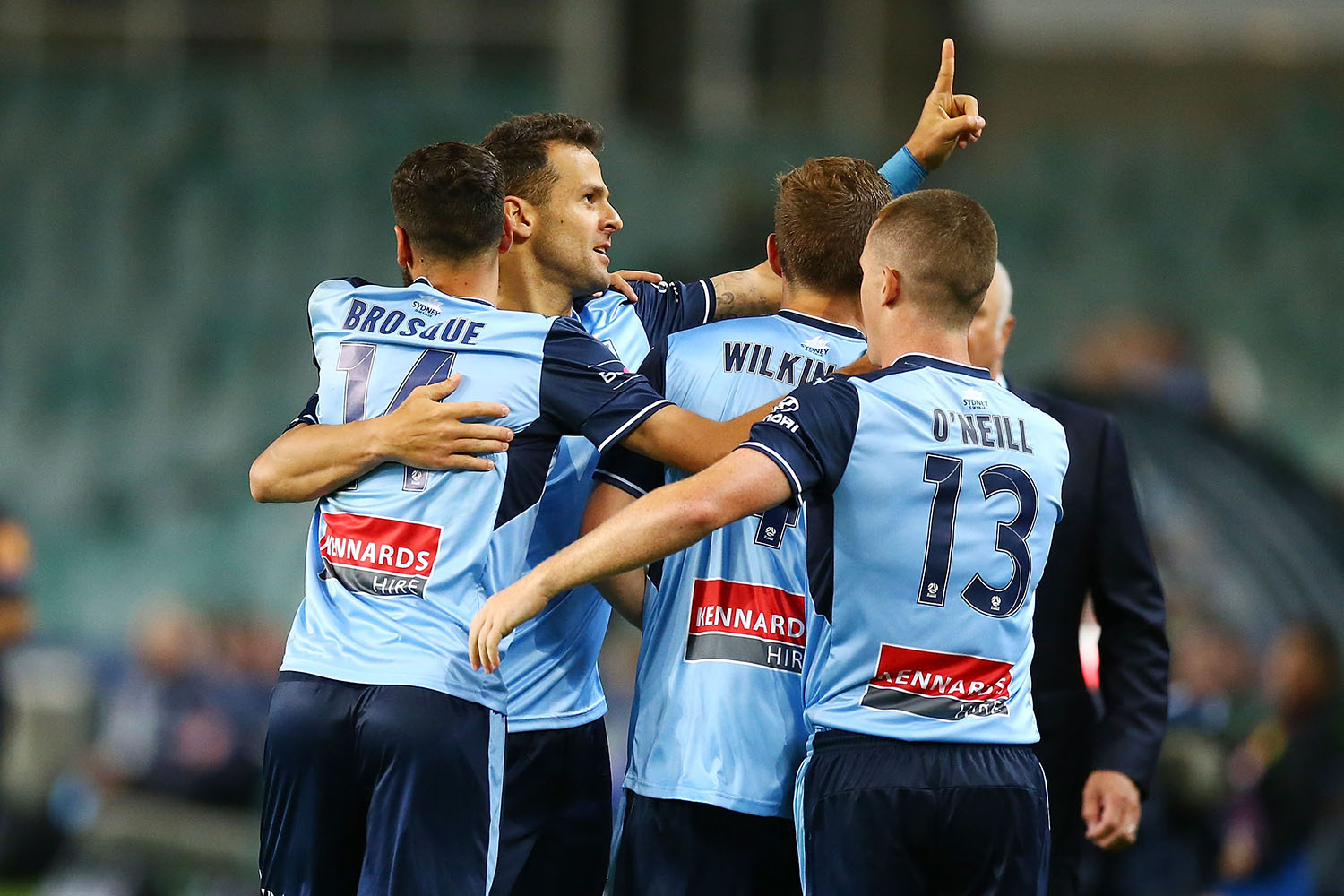 1‘ REDMAYNE SAVE: The Sky Blues shot-stopper has to be alert to deal with Kaluderovic’s goal bound header. The striker had gotten onto the end of Krishna’s early free-kick with Durante ready to tuck away the rebound.

28’ BROSQUE CHANCE: Bobô drives forward from midfield, drawing several Phoenix defenders before finding Brosque’s run with a delightful pass that turn’s Wellington’s defence inside out. Brosque just opens his body up a tad too much and his end product is just inches wide of the left upright.

70’ CARNEY HEADER: Carney carries the ball upfield and sets up Bobô on the edge of the box. The Brazilian crosses the ball back for the Australian, but he is unable to angle his body and his header goes over the bar.

73’ BUIJS SHOT: The Dutch centre back breaks forward from midfield and hits a shot that is aimed in the bottom right corner. Smith gets down well to push the ball wide for a corner.

78’ SIMON STRIKE: Simon shows great strength to hold off the challenge of Durante, before turning and getting a shot away that whistles just wide of the post.

90’ ZULLO GOAL-LINE BLOCK: Vidosic puts a header on target from a corner but Zullo is in the right place at the right time to clear the ball from danger.

92’ SIMON CHANCE: Simon runs onto Redmayne’s punt downfield. Showcasing his strength the Sky Blue striker holds off the challenge of two Phoenix defenders, but is unable to direct his effort far enough away from Smith in goal. 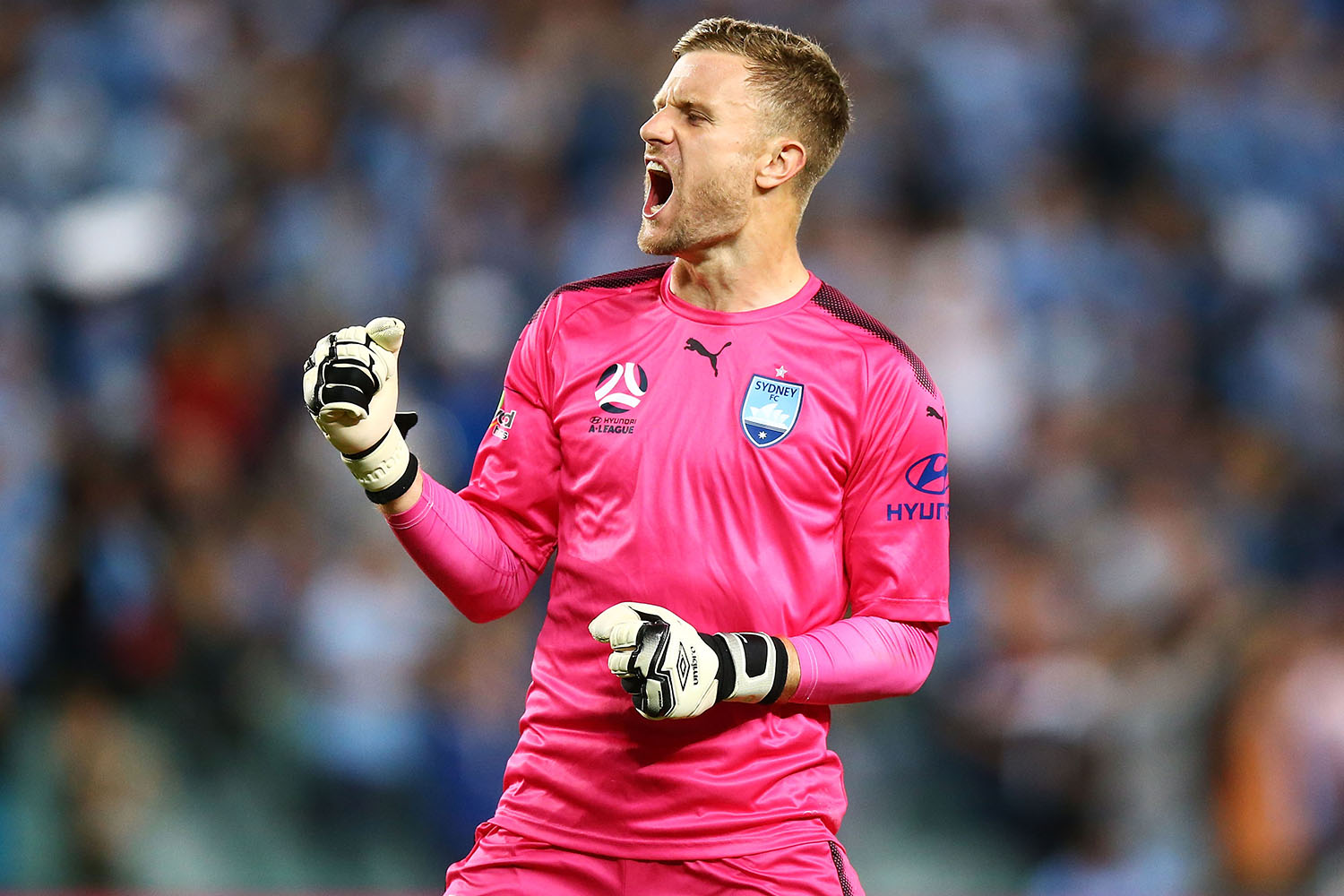 29’ BOBÔ GOAL: Brosque returns the favour to Bobô who had played him in a minute earlier. The Brazilian striker’s powerful goal bound effort takes a deflection off Paracki, carrying the ball above the reach of Smith.

34’ ZULLO GOAL: Mierzejewski displays great industry to keep the ball in play from Wilkshire’s lofted pass. The Polish midfielder’s cross carries all the way through to an unmarked Zullo who smashes the ball home for his first Sydney FC.

44’ KALUDEROVIC GOAL: Vidosic chests down Durante’s long ball to Kaluderovic and the Serbian striker’s keeps calm to strike a half-volley past Redmayne.

49’ BOBÔ GOAL: Wilkshire stands the ball up to the back post the Bobô shows great strength to hold off his man and power his header down past the Smith’s outstretched glove.

60’ VIDOSIC GOAL: McGlinchey whips in a pacey cross from the right hand side of the box that is met by the head of Vidosic. The resultant header nestles into the top right-hand corner of the goal.

Graham Arnold makes one change from last weeks win over Melbourne Victory, full-back Michael Zullo coming into the starting 11 in the place of Paulo Retre. Otherwise the Sky Blues are unchanged.