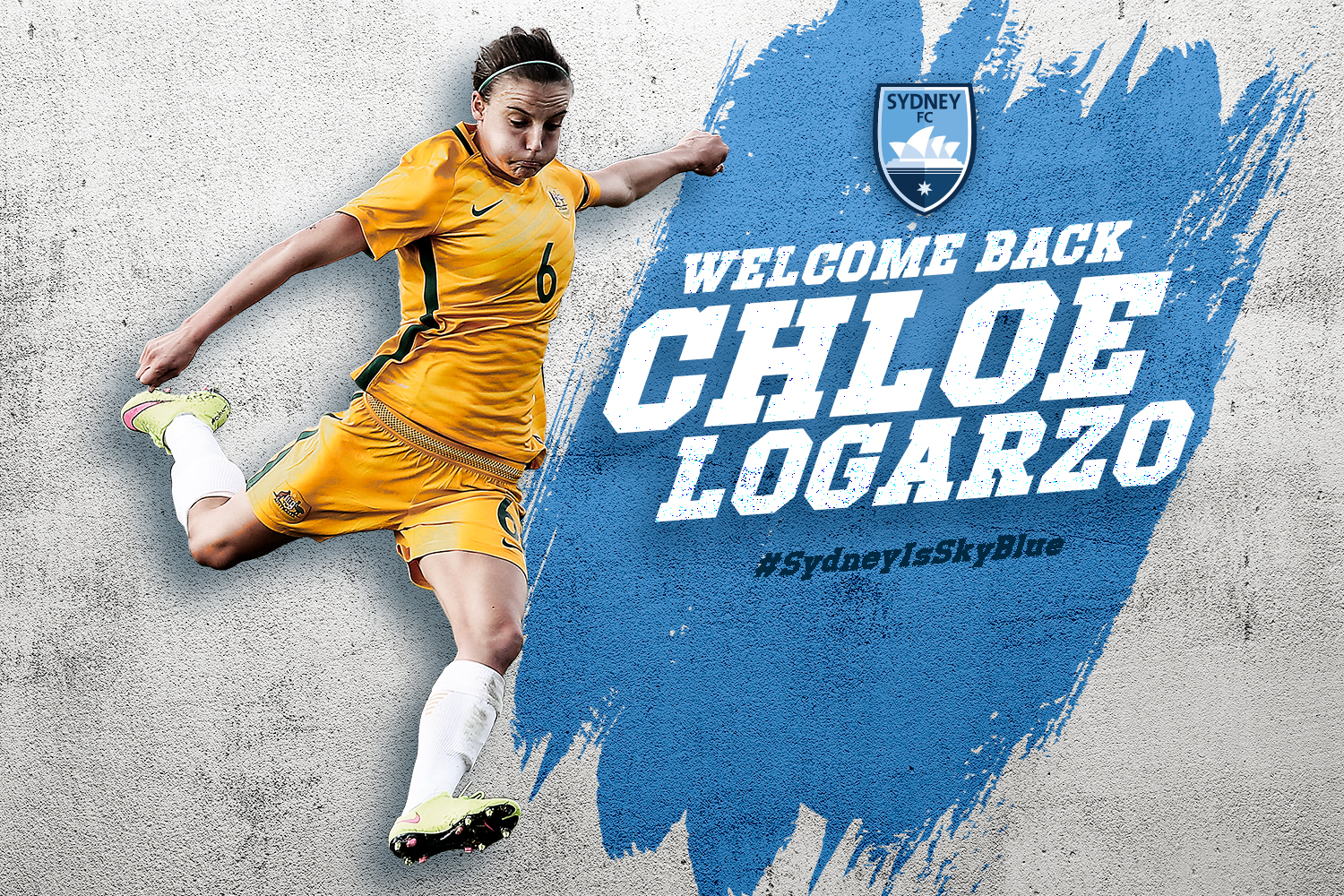 Current Matilda Logarzo links up with Sydney FC having recently played for Norwegian side Avaldsnes and has UEFA Women’s Champions League experience from her time in Sweden.

Logarzo represented the Sky Blues for four years before a brief spell at Newcastle Jets and stints in the United States of America and Europe came calling.

The returning Sky Blue expressed her delight at re-joining Sydney FC for the upcoming season.

“It’s great to be back home,” said the 22-year old, who made her 16th and 17th appearances for the Matildas’ against Brazil recently.

“Sydney FC is where my career started, it’s where I see it progressing, and I believe we’re in store for something special under Ante Juric this season.”

Westfield W-League Head Coach Ante Juric said the Chloe would be a vital member of the squad with the new season on the horizon.

“Chloe is a player I’ve admired for a long time, so I’m glad she has taken up to offer to play for Sydney FC.  I love her enthusiasm and passion in her play.  In addition to that She has a winner’s mentality which is a big plus for what we are trying to create here within the team.” he said.

“Chloe is an experienced international now, she’s very mature for her age, and she’ll no doubt excite the Sydney FC fans with her positive and energetic style of play.”

More player arrivals are imminent, as Sydney FC get set to kick off their Westfield W-League season at Allianz Stadium against Brisbane Roar on Friday 27 October (kick off 5:20pm) in a Hyundai A-League Westfield W-League double header.