Ahead of Friday night’s clash against Adelaide United at Coopers Stadium (kick off 7:40pm AEDT) we look back at some of the key stats from our victory against the Newcastle Jets.

Sydney FC showcased all their attacking intent against the Jets last Friday night at Allianz Stadium, with the Sky Blues making a number of incisive runs in an impressive round nine performance.

Emerging winners courtesy of Alex Brosque’s second half strike, the Sky Blues threatened Birighitti’s goal on 11 occasions, making three long range efforts compared to the Jets zero, while also firing at goal eight times from inside the area compared to the Jets seven.

Andrew Hoole provided an added impetus going forward, with the former Jet playing against his old club for the first time, and the Sky Blues number 7 proved a continued menace on the left flank with a number of attacking and key passes.

Looking at the average position for each player throughout the 90 minutes, the Sky Blues spent the majority of the match in the Jets half of the field, with only Micakel Tavares and the central defensive pairing of Ryall and Jurman remaining in the Sky Blues half, highlighting Sydney FC’s attacking intent.

“We got rewarded for good play and the bad luck we’ve had over the last few weeks on Friday night,” said Head Coach Graham Arnold.

“Tonight, the first half was probably the best Sydney FC performance since I’ve been at the club.

“The team discipline and team structure was very good and that pleased me the most. Tonight the players did what they were told to do and they performed the way they should.” 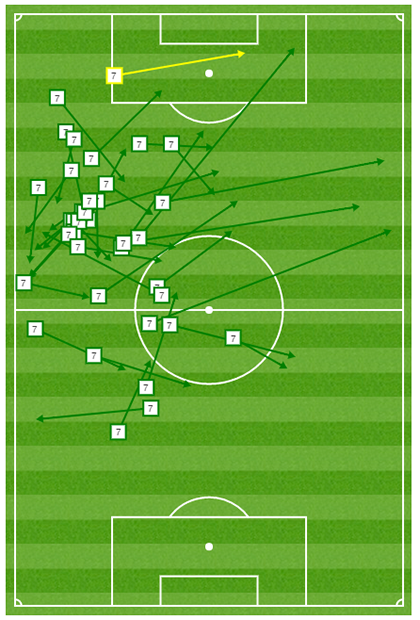 Andrew Hoole’s successful passes and key passes (yellow) during his match against the Newcastle Jets. 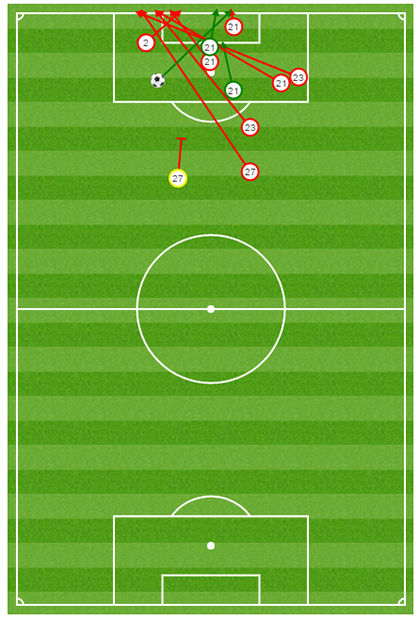 Sydney FC’s attempted shots (11) over the course of the 90 minutes at Allianz Stadium. 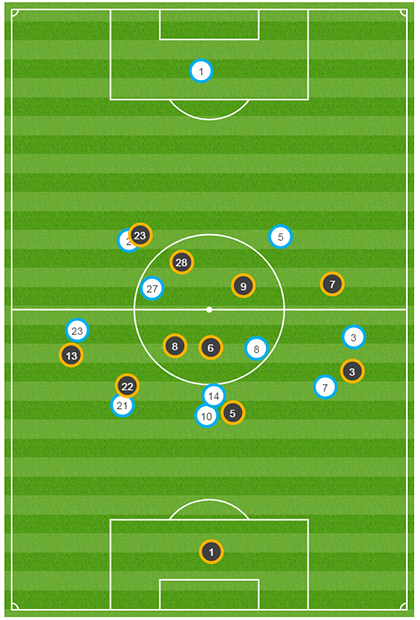 Sydney FC’s average field position for each player (sky blue) against the Newcastle Jets. Only 3 Sydney FC players spent the majority of the match in their own half compared to the Jets 7.

Sydney FC are next in action at Allianz Stadium on Boxing Day against the Central Coast Mariners (kick off 7:30pm). Purchase your tickets now and be in attendance for our festive clash.