It was a ferocious Sky Blues attack that saw Sydney FC claim the three points in a comfortable display against the Jets at McDonald Jones Stadium on Sunday.

The win saw Sydney FC move six points clear at the top of the table, and it was their tenacity in front of goal that registered their ninth match undefeated in the Hyundai A-League.

The Sky Blues registered 20 shots at goal compared to Newcastle’s three, with eight shots on target and two blocked.

Six of the Sky Blues shots came from outside of the box, with 14 inside, while the Jets failed to register a single effort on goal.

In general  the Sky Blues enjoyed 58.5% of possession and won all their key duels against the Novocastrians, including 71.1% of all aerial duels and 64% of all ground duels. 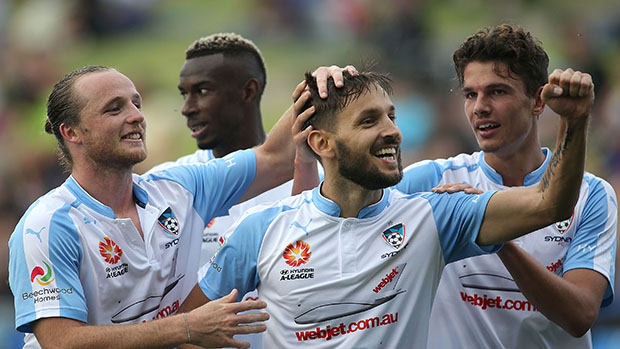 Defensively Sydney FC continued to remain solid, and they showed their class again against the Jets on Sunday afternoon.

The Sky Blue stifled any hint of a Jets attack with 26 interceptions, and made 18 tackles for a completion rate of 88.9%, while having to make on 19 clearances compared to the Jets 30 in an all-round comprehensive display.