Sydney FC have set a new Westfield W-League club record, with the season still one month away from kicking off.

With the ink on the players’ contracts still drying, the Sky Blues have surpassed their 2015/16 Membership number with 101 loyal Westfield W-League Members now on board for the new season.

It’s a strong showing from the Sky Blues faithful that propelled the squad to the Westfield W-League 2015/16 Grand Final, and with a new record number of Members on board, Westfield W-League Head Coach Dan Barrett is confident of going one better this year.

“This record reflects just how fantastic our loyal supporters who we love to play in front of week in week out are,” Barrett said.

“It’s exciting [to have reached a new record] and I hope the numbers can grow higher. We certainly lift performance-wise when our supporters are out in great numbers.

“Thank you for those who have already shown their support by becoming a Member. We’re aiming for another successful season and hope to share this with you all. We hope to see our Sky Blue supporters each match day.”

The Sky Blues Westfield W-League squad is sure to excite in season 2016/17. With Westfield Matilda Caitlin Foord returning to the Sky Blues, and with spots still available for player signings, the squad is shaping up as one of the strongest yet. 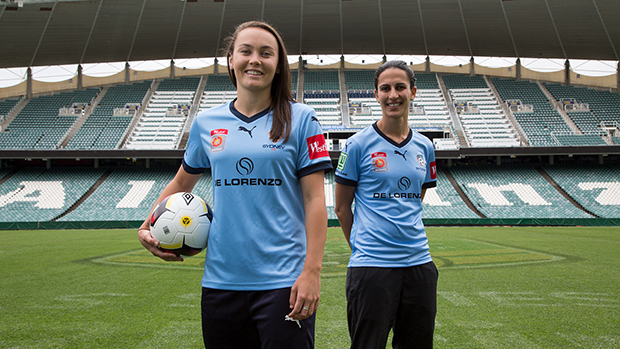 Pledge your support to the Sky Blues’ Westfield W-League squad with a W-League Membership. Available for just $70, or $40 to upgrade an existing Hyundai A-League or Club Membership, there’s no reason not to support the girls this year!