Sydney FC have won the top of the table clash 1-0 in a dominant display away to Melbourne City.

The Sky Blues’ were on top of the opposition for the most part in the first half however, the best chance feel to the home side via a Fitzgerald strike with Redmayne pulling off a world class stop.

It was much of the same in the second half with Sydney dominating possession and chances throughout. The breakthrough and telling goal came from defender Luke Wilkshire, finding the top left of the net after a deep cross from Michael Zullo.

Arnie’s men were strong and resolute in the defence for the remainder of the match and gained a vital three points again in Melbourne.

The win equals the best start by a defending champion side and ensures Sydney will stay at the summit for the week.

Graham Arnold: “Melbourne made it very difficult for us with playing eight or nine behind the ball but we spent most of the time in their half. The result was fully deserved.

“We have more threats and out attack is fantastic. When we click we have great fire power up front and all over the pitch.

“Zullo and Wilkshire are great at getting forward and that showed tonight.” 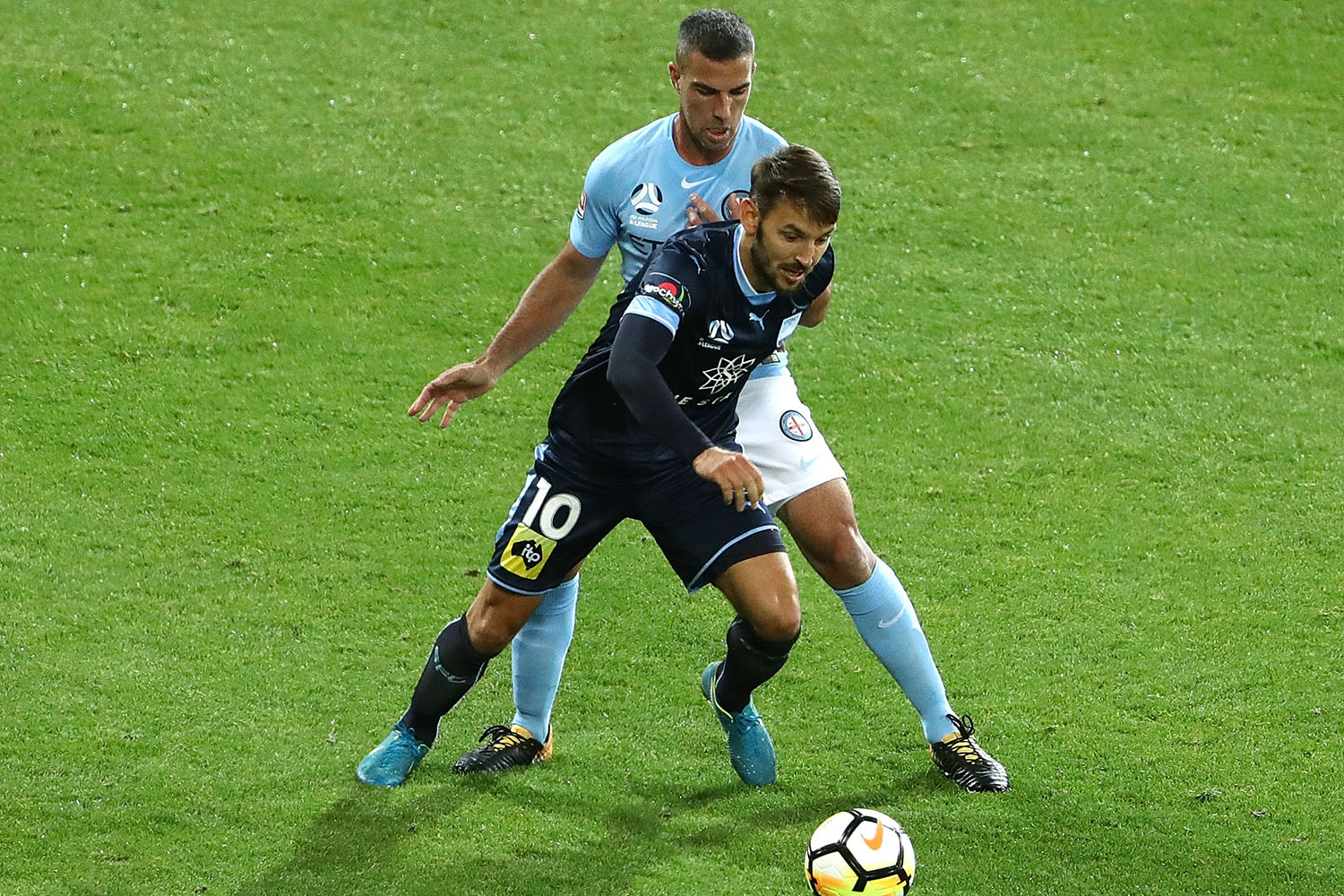 59’ FINALLY FOR WILKSHIRE – Ninkovic plays a ball out wide to Zullo who finds his cross field counterpart Wilkshire alone at the far post. The Sydney defender makes no mistake, hitting a first time volley into the back of the net. 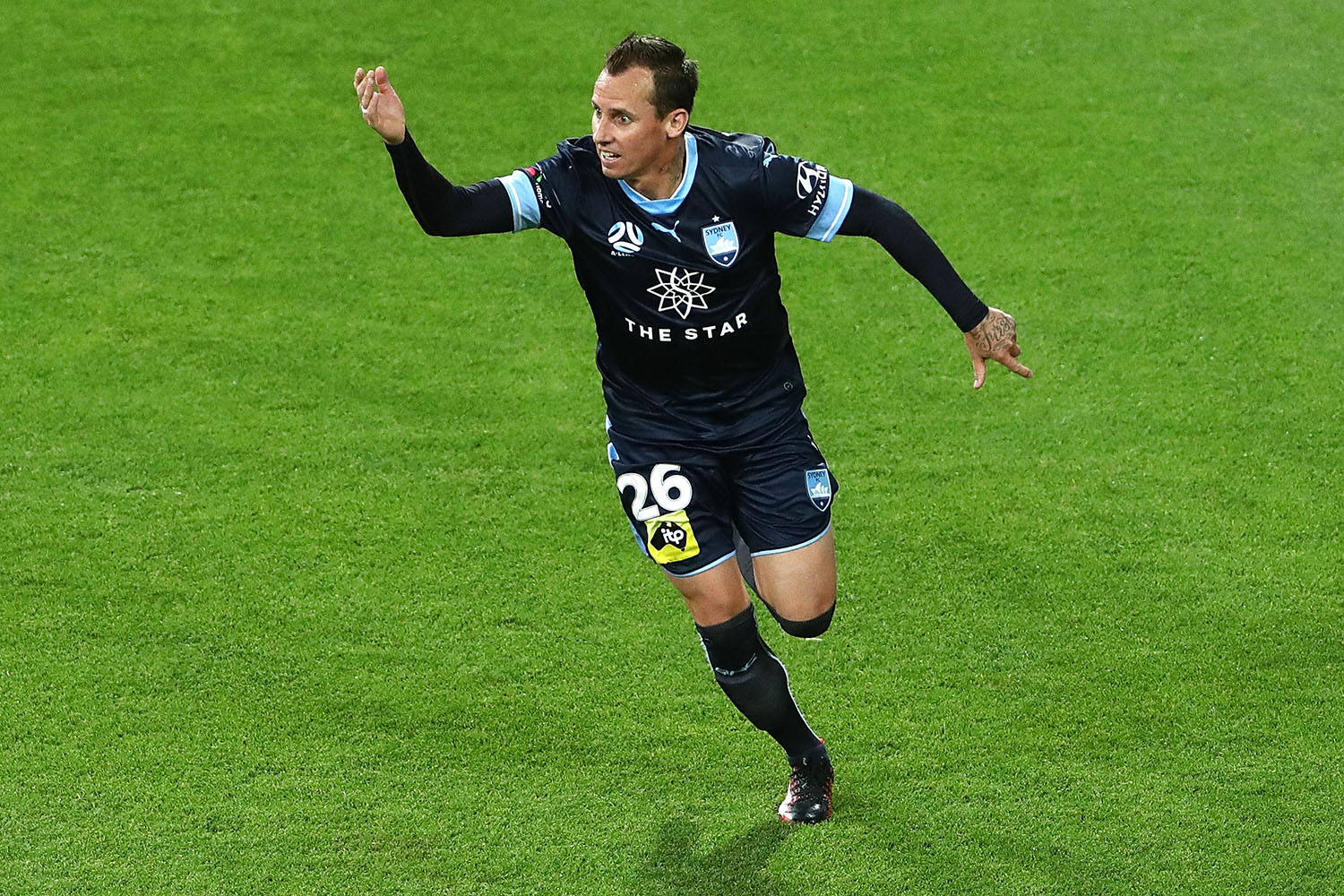 13’ CHANCE CARNEY – Brilliant build up play by the Sky Blues’ leads to Zullo sending a zipping cross into Carney but he can’t direct his header on target.

27’ LONG DISTANCE STRIKE BOBO – The Sydney no.9 receives the ball with his back to goal before turning, going on a run and dragging his effort just wide of the left hand post.

35’ AMAZING SAVE REDMAYNE – Fitzgerald receives the ball on the edge of the box and makes room for a great strike on goal but the save from Sydney’s custodian is even better, stretching down to his bottom left to stop a certain goal. Save of the season thus far.

49’ HEADER NINKOVIC – Carney swings a free-kick into the box which is meet by Wilkinson who nods it on for Ninkovic but the Sky Blues’ playmaker can’t generate enough power to trouble Galekovic.

58’ HEADER NINKOVIC – In swinging ball from Wilkshire finds Ninkovic in the box who flicks the ball with his head whilst facing the other way but the City keeper plucks it out of the air.

79’ BRILLIANT KEEPING REDMAYNE – Kamau is played in behind for City and hits a strong shot on goal only for Redmayne to not only stop but keep a hold of and keep in play.

91’ LAST DITCH HEADER BUIJS – Fitzgerald find some room on the by line to send a dangerous cross into the Sydney area. Buijs reads it brilliantly to see out the danger with a great headed clearance.