The Westfield W-League returned to the Sutherland Shire for the first time in five years, when Sydney FC faced Adelaide United at Seymour Shaw last month.

A bumper crowd of 1,535 were in attendance as Sydney FC triumphed 2-0 over the Reds, courtesy of a Remy Siemsen strike and an Adelaide United own goal.

The opportunity to play the match came earlier in the year when Sydney FC met Sutherland Shire Football Association to discuss their partnership for the year and ways we could have better presence across a wider area of Sydney FC’s catchment.

As part of the match, the Sutherland Shire Football Association was able to provide opportunity to 17 of its 26 clubs who were active throughout the day in various capacities including player mascots, ball girls, small sided games, guard of honour and a post-match meet and greet with the W-League players.

It was a memorable experience for all involved and Community Football Manager Paul Reid said the day was a great platform for further opportunity in Sutherland and other football regions. 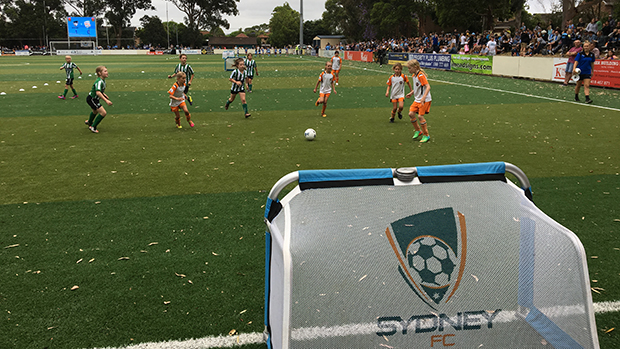 “The Sutherland Shire Football Association has the largest number of junior participants in the Southern Hemisphere, including thousands of female players,” Reid said.

“The SSFA is an association we thoroughly enjoy working with and this opportunity was hard to turn down, with both parties proud of its success.

It was great to be able to bring women’s football back to the Shire and it was fantastic to see the interaction between the players and junior participants post match in what I’m sure will be a lasting memory.”

The remainder of Sydney FC Wesfield W-League home matches for Season 2016/17 are to be played in Leichhardt  an area within the Canterbury District Soccer Football Association and Sydney FC welcome all who have never attended to get along and support the women’s team. Tickets are available at the gate on match day from an hour prior to kick-off or full season memberships are avaialble here.