The Premiers took the lead courtesy of Joshua Brillante’s superb long-range effort 20 minutes into the match.

In what was a remarkable end to the first half, the Video Assistant Referee was required to reverse two incorrect offside decisions after replays showed both Jordy Buijs and Filip Holosko had put the ball beyond Liam Reddy from onside positions.

The Sky Blues held on for what was a comfortable and clinical victory in front of a raucous home crowd at Allianz Stadium.

Graham Arnold’s men will face either Melbourne Victory or Brisbane Roar in next Sunday’s decider.

“We’ve got a good turnaround of eight days before round 29 and we’ll work hard during the week, recover well and be ready.

“It was an outstanding performance especially on that pitch. I thought we could have had at least another four goals. It was just a totally dominant performance.

“The aim at half time was to go for a fourth and a fifth but Perth are always a dangerous side. They had their moments and it’s about controlling those moments.

“We have some fantastic players technically and our pressing tonight was outstanding. We didn’t let them play at all.

“There was a good crowd tonight and there will be a full house next week of 40,000 Sky Blue supporters against whoever we have to play.”

21’ BRILLANTE GOAL – Brillante fires a long-range rocket that flies into the top corner.

37’ BUIJS GOAL – Buijs and Brosque exchange a quick one-two before the Dutchman continues his run into the box and puts the ball into the back of the net. VAR reverses the original decision which said that Bobô was in an offside position and had not allowed Djublic to make a tackle on Buijs.

45+1 HOLOSKO GOAL – O’Neill’s curling cross finds the head of Holosko who puts it beyond an oncoming Reddy. VAR reverses the original offside decision. 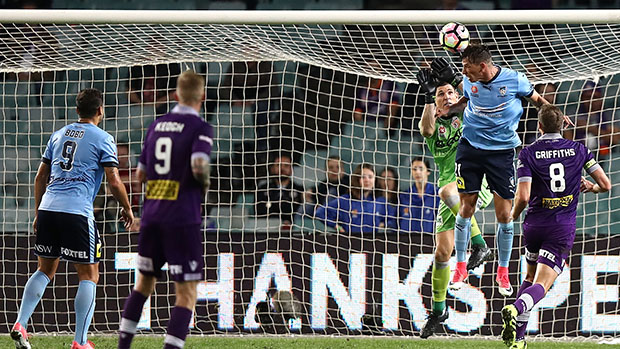 16’ BOBÔ CHANCE – Buijs whips in a dangerous cross but Bobô fails to execute the first-time volley.

17’ NINKOVIC CHANCE – Ninkovic beats a defender on the edge of the box before firing his shot wide.

23’ BOBÔ CHANCE – A lovely Sydney move sees Brosque play Bobô inside the box, but the Brazilian’s effort is saved by Reddy.

26’ BOBÔ CHANCE – Ninkovic bursts through the midfield before finding Bobô out wide who forces Reddy into action at his near post.

37’ BUIJS OFFSIDE GOAL – Buijs plays a one-two with Brosque, enters the box and scores a goal, but the linesman has his flag up.

39’ VAR DECISION – Video Assistant Referee reverses the decision and the goal is given.

45’+1’ HOLOSKO OFFSIDE GOAL – O’Neill swings in a curling cross that Holosko heads beyond Reddy, but the linesman has his flag up.

45’+3’ VAR DECISION – Video Assistant Referee reverses the decision and the goal is given.

50’ BOBÔ OFFSIDE GOAL – Ninkovic finds Bobô who heads the ball past Reddy, but the linesman correctly raises his flag for offside.

66’ BOBÔ CHANCE – Following the corner, Bobô cushions the ball inside the box before firing a tame effort wide.

68’ BROSQUE CHANCE – Ninkovic plays Brosque clean through on goal but his ensuing shot is hit straight at Reddy.

69’ IBINI CHANCE – After Reddy stays big to deny Ibini’s shot; the substitute’s second attempt clatters the post and rolls away.

74’ BOBÔ CHANCE – Ibini picks out Bobô with an excellent cross, but his first-time volley flies wide.

90+1 IBINI INJURY – With all three substitutes on the pitch, Sydney are down to 10 men after Ibini is taken back to the dressing room with an apparent hamstring injury. 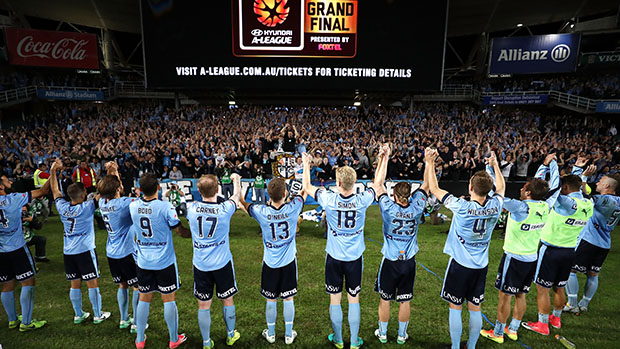 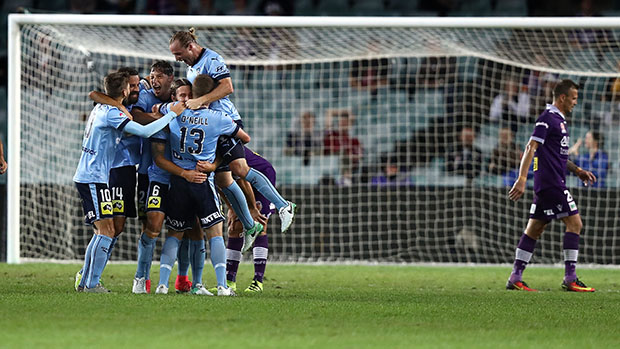 Sydney FC will contest the Hyundai A-League Grand Final at Allianz Stadium on Sunday 7 May (kick off 5:00pm)!! Click here for all your important ticketing information.