Underpinning the Sky Blues dominance in their one nil victory over the Newcastle Jets on Saturday was Sydney FC’s ability to retain and distribute the ball.

The Sky Blues enjoyed 59.4% of possession over the 90 minutes at Hunter Stadium, as they spent the majority of the second 45, especially, camped in the Jets half of the field.

If there were no options available going forward, Sydney FC were happy to pass back through the defence and recycle possession to the other flank in search of an avenue through the Jets back four.

Sydney FC made a total of 479 passes throughout the match, completing the majority, to finish with a passing accuracy of 83.9% across the entire field and an accuracy of 78.2% in the Jets final third.

“They didn’t have a shot all second half and definitely not a shot on goal. The most important thing in the first six weeks is to get fitter, stronger and pick up points and we’re doing that.” 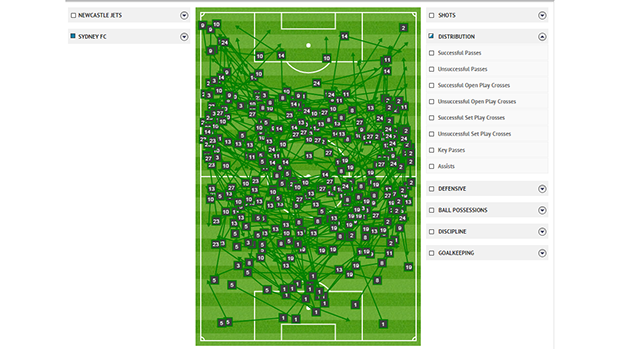 Sydney FC’s map of completed passes throughout the 90 minutes at Hunter Stadium. 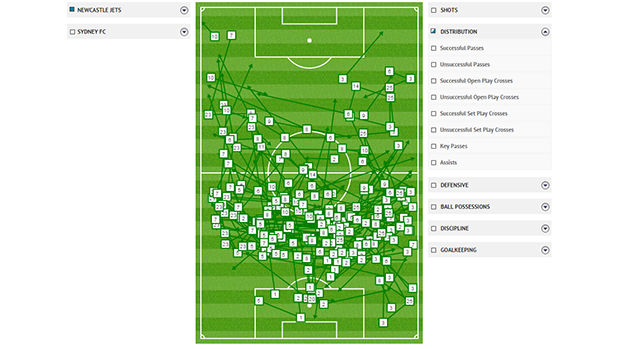 Newcastle Jets’ map of completed passes with a lack of successful balls in the final third of the field.