In stifling Perth heat, the Sky Blues exhibited their vast qualities whilst in possession of the ball at nib Stadium as they ran the Glory ragged with sharp passing play.

The Sky Blues had the lion’s share of possession, 57.6% to the Glory’s 42.4%, as they upheld the old adage that the ball travels faster than the man, passing the ball crisply and recycling possession through the backline when there were no forward options while keeping Glory at bay.

Sydney FC emphasised their dominance as they out-passed the Glory on their home ground, making 539 passes to the Glory’s 395, while maintaining a passing accuracy of 83.5% to the Glory’s 77.2%.

Mickael Tavares was particularly adept at his distribution throughout the 90 minutes, making a number of successful passes in midfield as he controlled the centre of the park while only misplacing five balls over the course of the match. 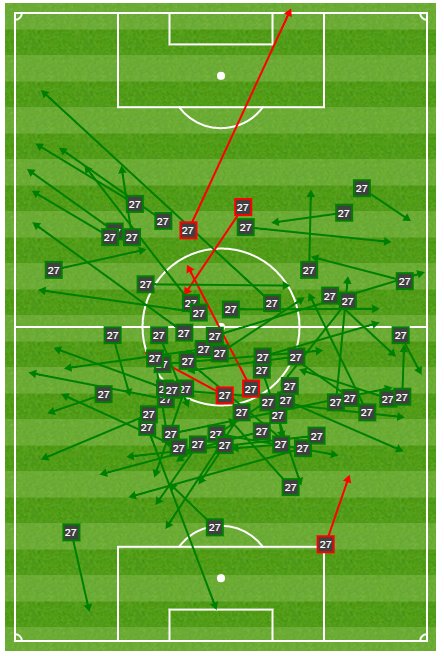