With the week off to put in the hard yards at training, Arnold confirmed his squad was as ready as ever, with the Sky Blues’ boss saying he expects the performance of the season against Perth Glory at Allianz Stadium.

“It was a good week for us, the boys are fit and fresh and looking at the end of the season the best thing is the mental freshen up,” Arnold said.

“We work a lot on the mental side of the game and the boys are mentally ready to go.

“We have the mindset when we come in to training every day that we’re preparing to win the game and we expect to win on Saturday night and I know the players are expecting that.

“The boys are in a fantastic mental state and physically we’re in top shape, the freshen up has made them even more ready to go.

“We look at this as Round 28 for us on Saturday night, it’s another game, it’s no different to the first round. We’re preparing as normal, the routine is important,” he continued.

“The players enjoy a routine of preparation for the game and we haven’t changed anything, and we prepare for a very good performance. 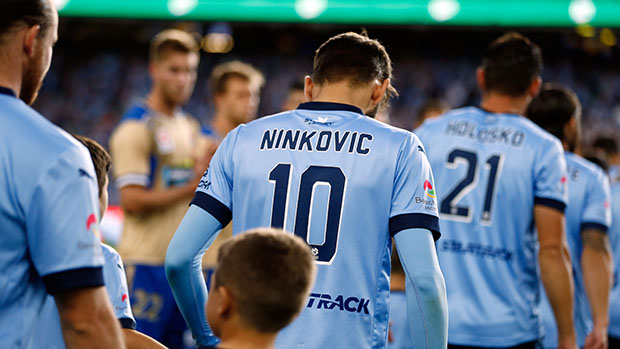 Arnold also confirmed Milos Ninkovic would start against the West Australians following his injury scare in Round 27 against the Newcastle Jets, with the Serbian having two solid weeks of training under his belt.

“He was training individually last week, and if we needed to push him to play last weekend he would have been fine,” Arnold said.

“He’s been training all week with the group. He did a physical session yesterday in 4v4’s and he was like he normally is.