Sky Blues Up The Ladder With #SydneyDerby Win

Sydney FC have moved into 4th place in the Westfield W-League after dominating the Sydney Derby and seeing off Western Sydney Wanderers 3-1 at Allianz Stadium.

Sydney FC have moved into 4th place in the Westfield W-League after dominating the Sydney Derby and seeing off Western Sydney Wanderers 3-1 at ANZ Stadium.

A first half double from Remy Siemsen was enough to give the Sky Blues the lead at the break despite a dubious penalty being awarded and converted close to half time. Lisa De Vanna rounded out the scoring for the day; her second goal in as many games.

The win ensures Sydney FC moves within touching distance of the top after this third win on the bounce. They face Canberra United in next Friday’s double header at Allianz Stadium. 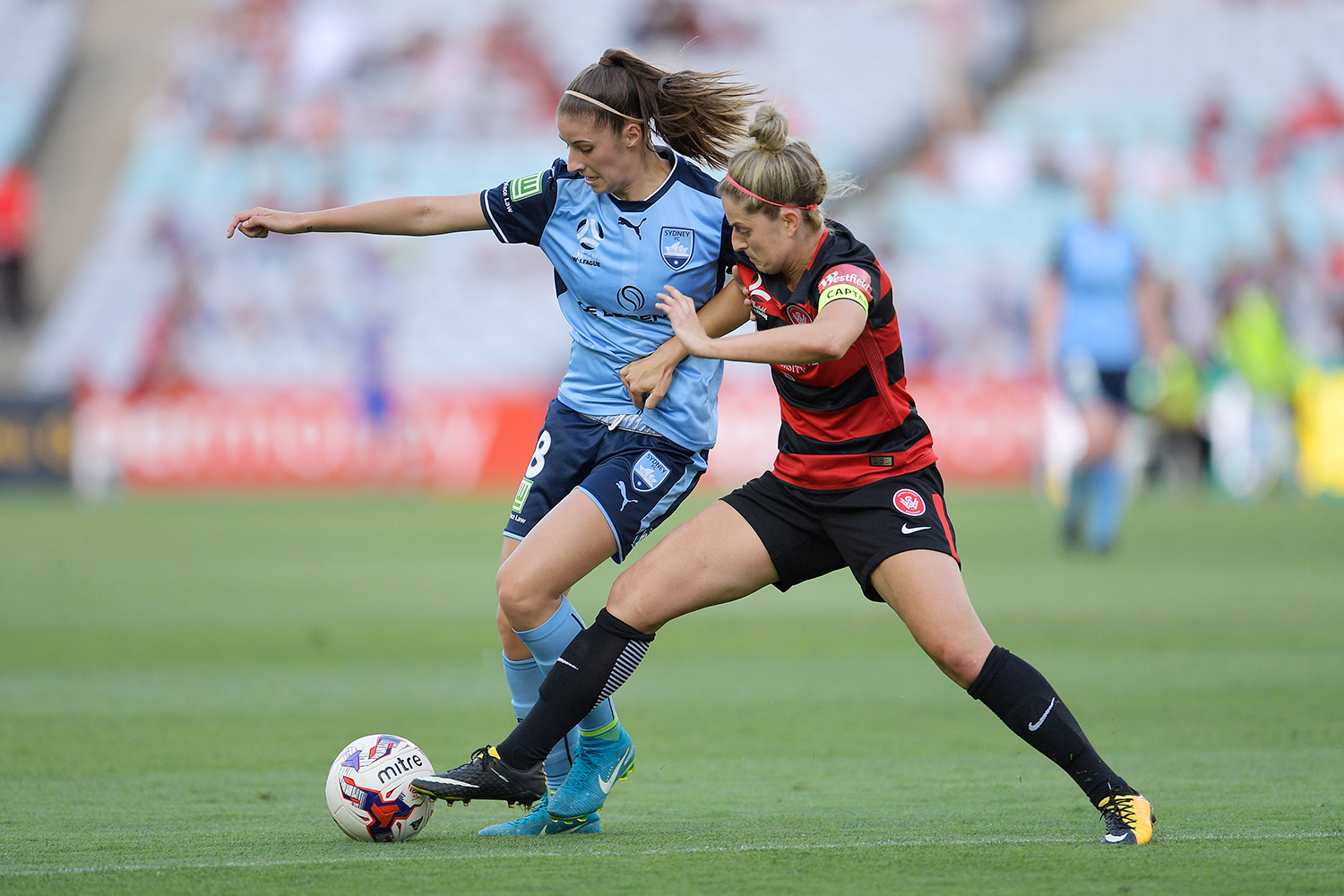 Ante Juric: “Very happy, nine points from three games but we have to keep going and we have a tough game next week against Canberra.”

“We only conceded a few chances and corners. Great performance from our back four and our midfield. Remy’s starting to put her chances away which is important.”

“We’re dominating teams and improving. It’s a good thing having something to build on.”

Remy Siemsen: “I was very happy with my with my second, especially being on my left foot which I’ve been working on. It’s definitely a highlight of the season.” 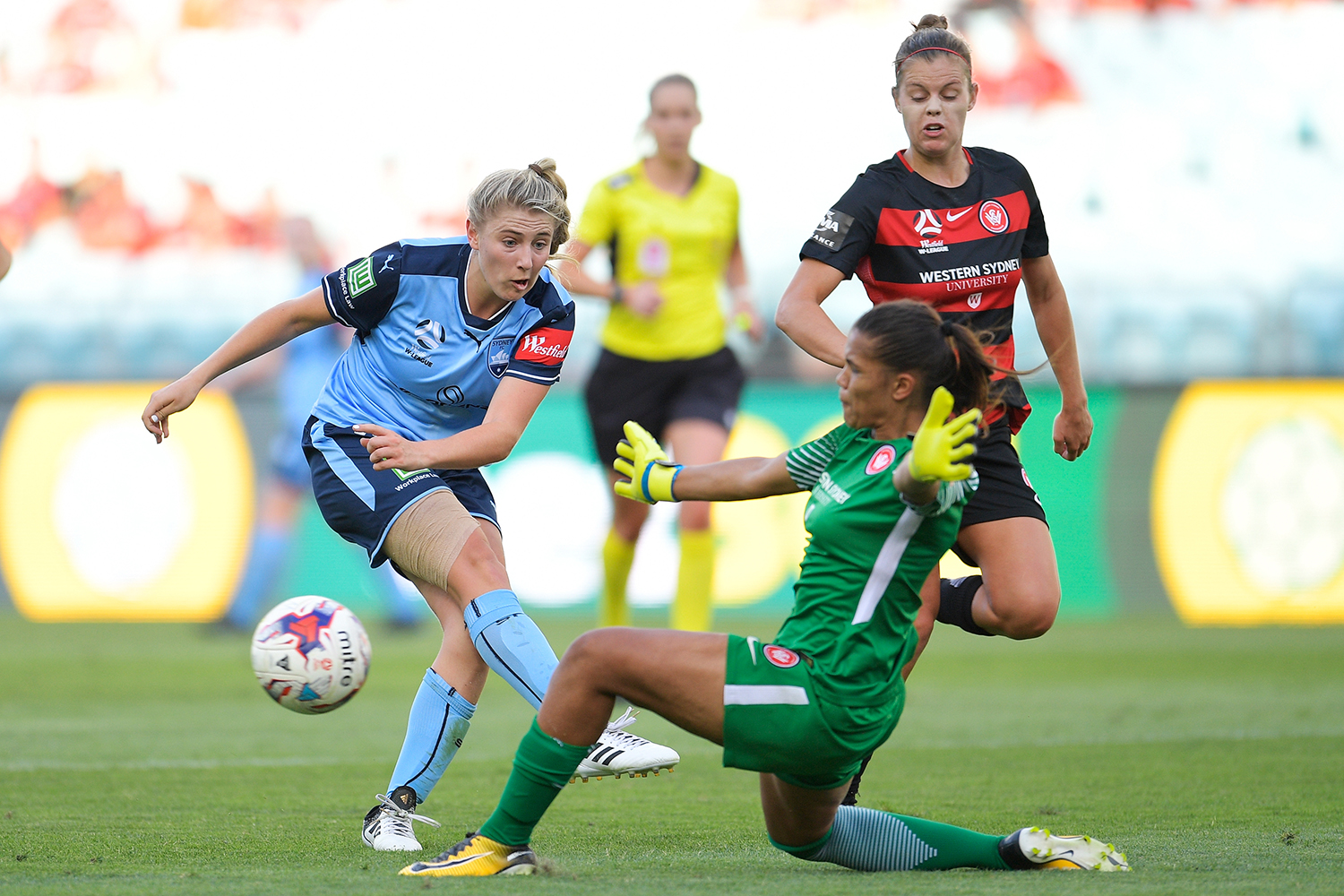 21’ GOAL SIEMSEN – Beautiful build up from Sydney FC leads to the ball finding De Vanna who unleashes a thunderous strike which is just saved but only as far as Siemsen who taps it in for the opener.

24’ SCREAMER SIEMSEN – Siemsen grabs her second in a flash with an unstoppable strike, whipping it into the back corner from the right hand side of the box. Keeper no chance.

41’ PENALTY PIEETE – After a great punch away by Bledsoe from a corner, Cooper is adjudged to have handled the ball from the follow up shot and the official points to the spot. Piette steps up and scores.

62’ PERSISTENCE PAYS DE VANNA – Yeoman-Dale brings the ball out at pace from the back to play a ball in behind the Wanderers defence. Wanderers seem to deal with the danger until the ball is played back to the keeper who is rushed and tackled by the Sky Blues forward for the easiest of tap-ins. 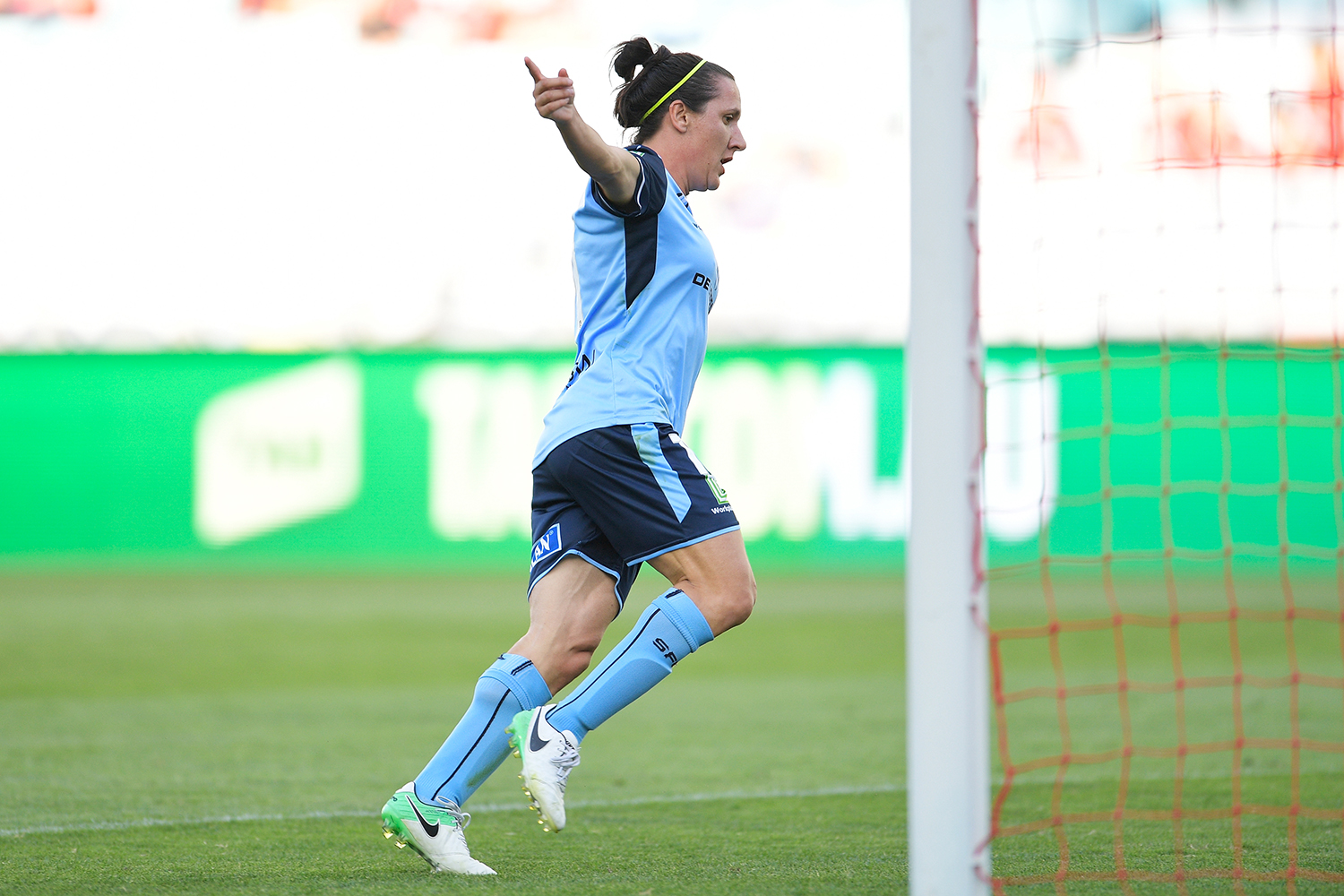 8’ CHANCE DE VANNA – Lisa De Vanna goes on a mazy run through the box to get a shot away only to just be saved by the Wanderers keeper.

15’ SO CLOSE DE VANNA – De Vanna is played through one on one with the on-rushing keeper. As she rounds the keeper a Wanderers defender gets back just in time to poke the ball away.

46’ INCHES AWAY POLIAS – A scramble in the box from an early second half corner almost sees the captain Polias poke home the Sky Blues third of the day but it’s just cleared away at the last moment.

63’ ALMOST SIEMSEN – Siemsen almost makes it two in as many minutes for Sydney FC but is only just denied her hat-trick by Whyman at point blank range.

83’ NEARLY DE VANNA – De Vanna almost does it again, applying immense pressure to the Wanderers no.1 who only just clears in time.

84’ NEAR HATTRICK SIEMSEN – Siemsen uses her pace and trickery to nutmeg a Wanderers defender before trying to poke the ball in from an acute angle. Her effort is just seen off by Mathyssen-Whyman. 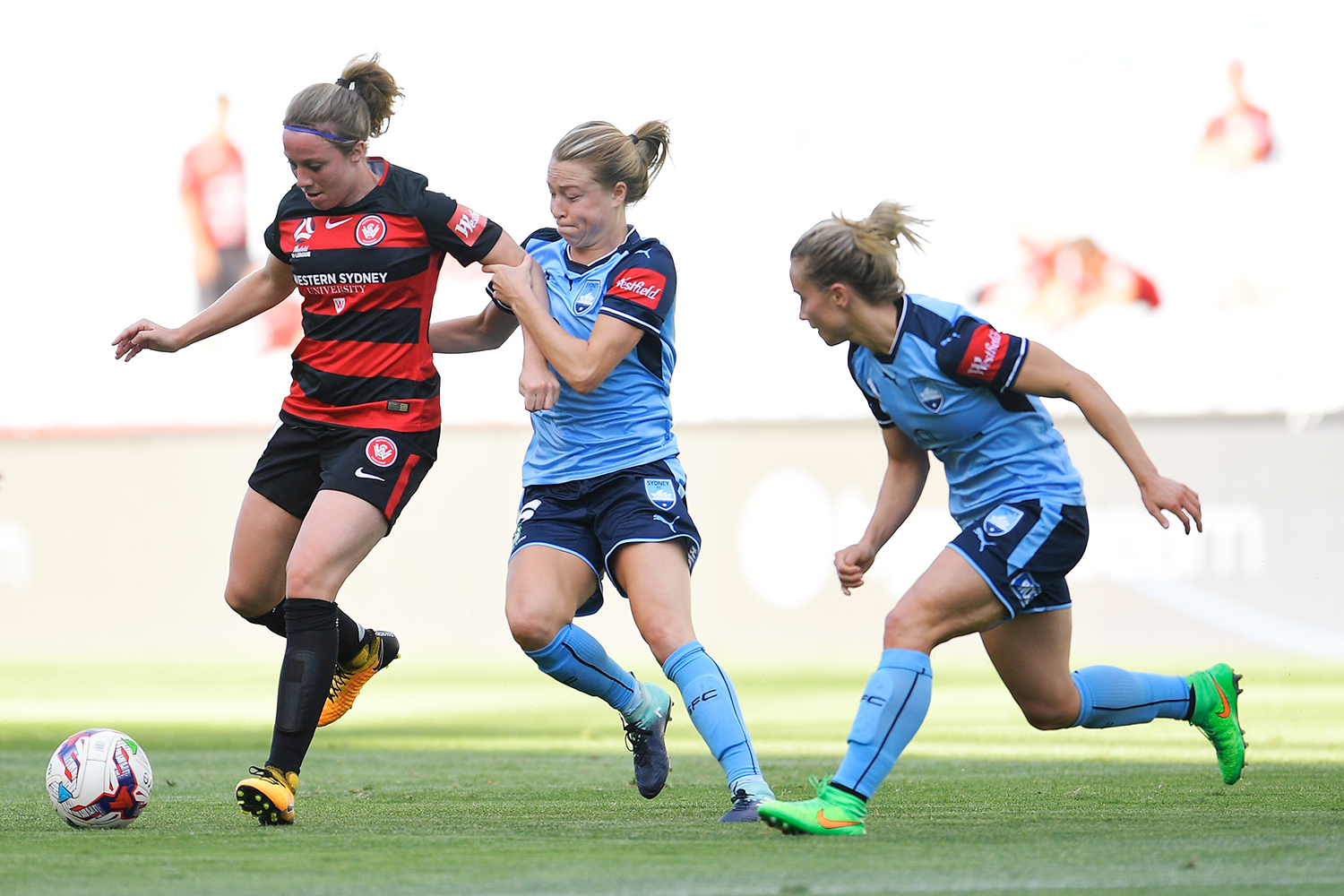