Sydney FC will be hoping to unearth the next Westfield W-League star at their Spring Holiday Clinics with the first ever girls only Clinic set to get underway this October.

The Sky Blues will host their first ever girls only Clinic at Lindfield in conjunction with Partner Association Northern Suburbs FA (NSFA), and Community Football Manager Paul Reid is excited for what’s in store.

“The continual growth of women’s football and the success of the Matildas should not be underestimated, with a record number of girls enjoying playing football on a regular basis.

“Partnering up with a Sydney FC affiliated association such as NSFA to run a girls only Holiday Clinic for 8-15 year old footballers is a very exciting opportunity and you never know, we may unearth a future Sydney FC W-League player for the future.” 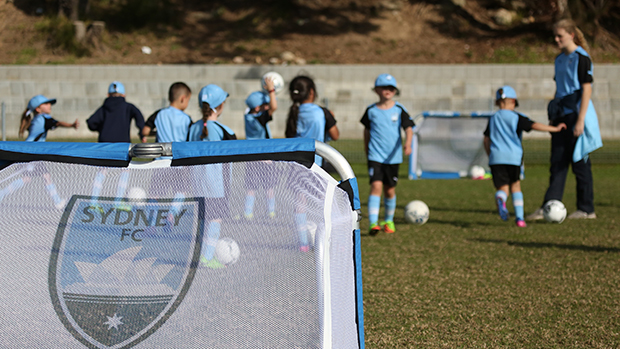 In total the Sky Blues will be running 10 clinics at nine different venues in eight of Sydney FC’s affiliated Football Associations over the Spring school holiday period.

The Sky Blues’ A-League team’s training base at Macquarie University will play host in both weeks of the holidays, as well as Centennial Park, Manly Vale, Rose Bay, Sutherland, Leichhardt, Lindfield, Wagga Wagga and our first clinic at Jubilee Oval Kogarah.

“The Sydney FC Holiday Clinics are a great opportunity for boys and girls of all abilities to continue having fun and developing their skills and love of football in a friendly environment during the school holidays and in the lead up to the start of the new A-League and W-League seasons in October,” Reid said.

“Getting the chance to meet players for photos and autographs is always a highlight for the girls and boys that attend the clinics.”

Sydney FC have a special early bird promotion, with all clinic participants who register by Thursday 7 September going into the draw to win a signed Sydney FC jersey PLUS an exclusive experience at Sydney FC’s first A-League home game on Sunday 15 October 2017 – Click here to register.